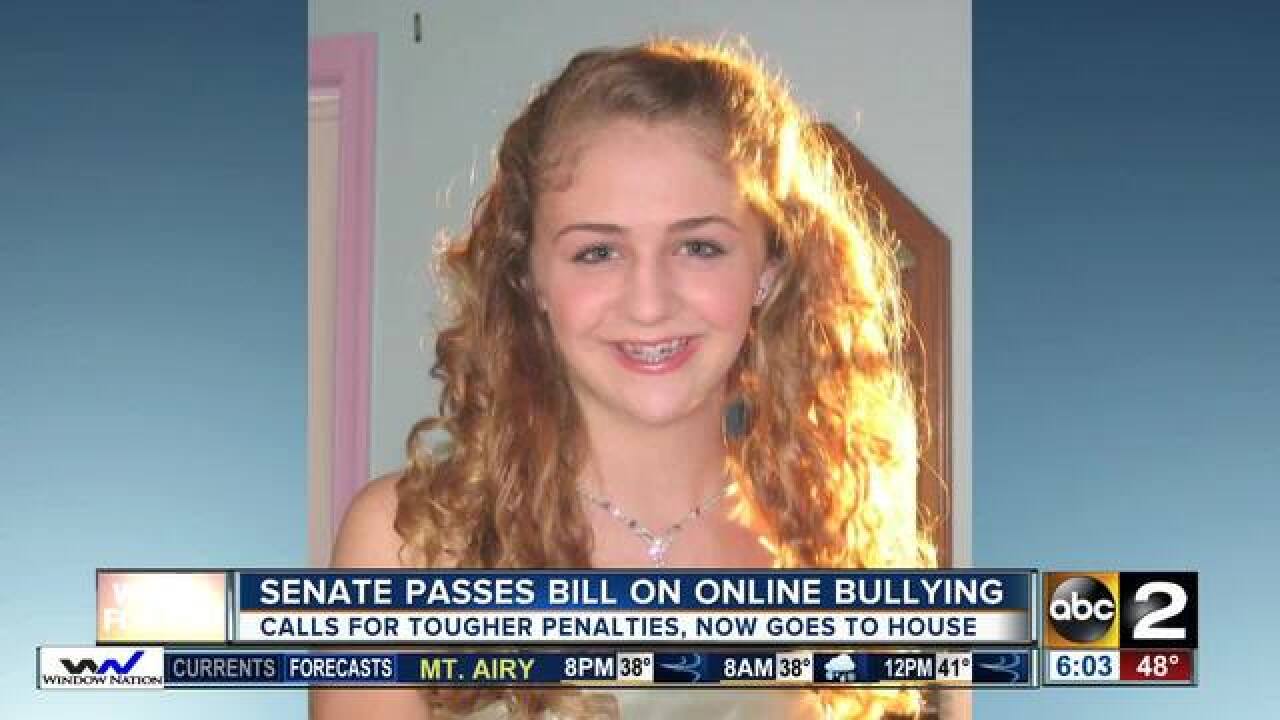 The Maryland Senate has passed a bill to strengthen a state law addressing online bullying of children.

The Senate passed the bill unanimously Thursday. It now goes to the House.

The bill ends the requirement that a course of conduct be established to punish someone who bullies a child online. It also creates new penalties. For example, a person who intentionally induces a child online to commit suicide could face a penalty of up to 10 years on prison.

The bill is named "Grace's Law" after 15-year-old Grace McComas, who committed suicide in 2012 after repeated online bullying.