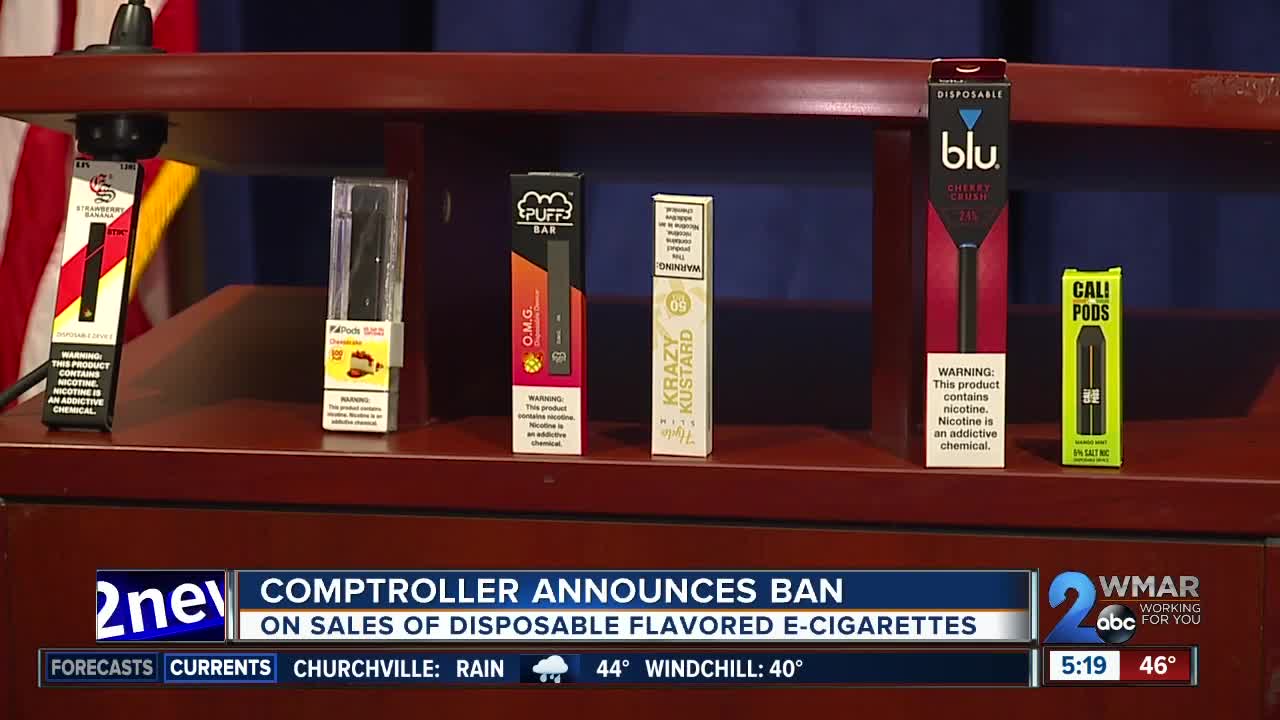 “Today, in addition to the FDA’s prohibition of flavored e-cigarette cartridges, I have directed our enforcement agents to take more aggressive action by prohibiting the sale of disposable ESDs with flavors other than tobacco or menthol,” Comptroller Franchot said. “As the state’s tobacco regulator, it’s my legal and moral responsibility to protect consumers, especially children, from the hazardous substances contained in these unauthorized products.”

The comptroller had created the “e-facts Task Force on Electronic Smoking Devices” to learn more about the industry and see what action should be taken.

The task force has met three times and will be holding its final session on February 17 to weigh recommendations.