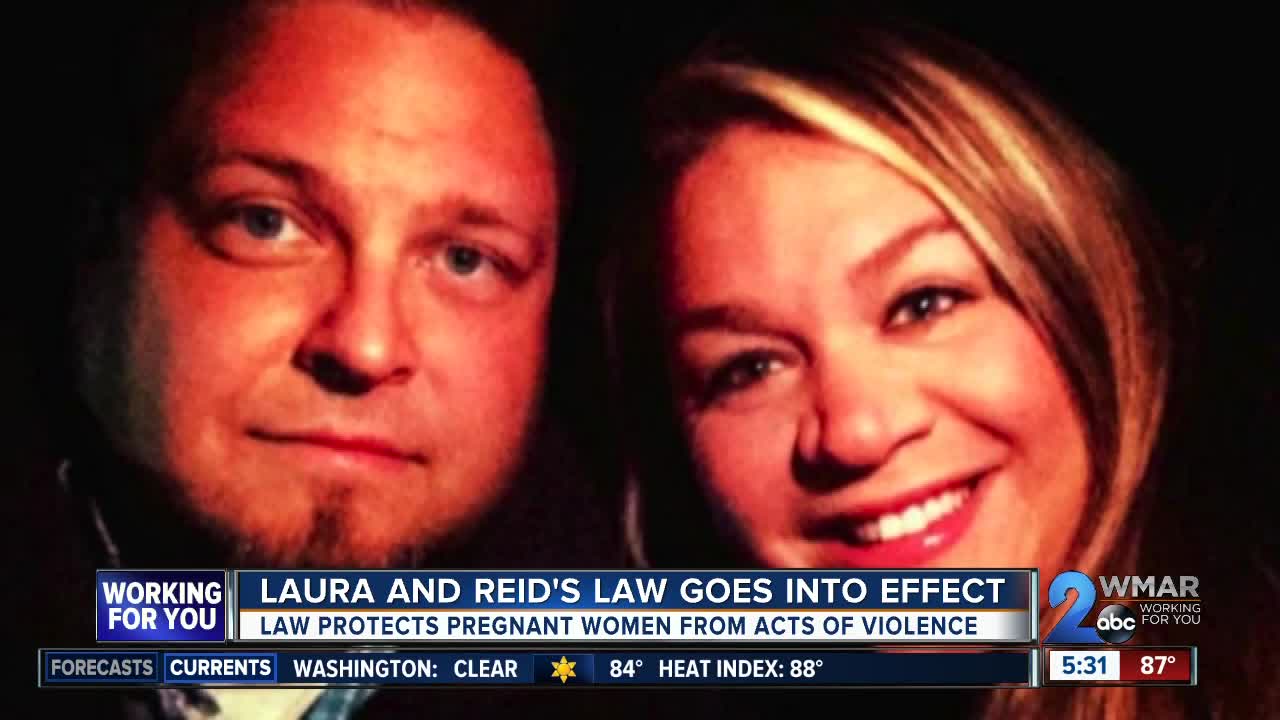 State Sen. Ready helped sponsor the bill during legislative session -- in it, tougher felony penalties for those who knowingly commit a crime of violence against a pregnant woman.

BEL AIR, Md. — It didn't take long for lawmakers to do what they say they had to do.

"The idea that so many women that are pregnant are so much more likely to be be susceptible to domestic violence, which was shocking to me when I first heard the statistics -- it's nice that we're giving prosecutors more tools to go after people who would commit these kind of crimes and target someone who is pregnant," State Senator Justin Ready, over District 5 in Carroll County, said.

Ready helped sponsor the bill during legislative session -- in it, tougher felony penalties for those who knowingly commit a crime of violence against a pregnant woman.

It's a measure Ready felt compelled to fight for after spending time with the parents of Laura Wallen.

During the summer of 2017, Wallen's boyfriend 33-year-old Tyler Tessier was charged with murdering the Howard County school teacher and her unborn child.

Tessier ultimately confessed to the crime, but shortly after he committed suicide in jail.

But it wasn't always easy as legislators found themselves initially discussing abortion politics which Ready says he was trying to avoid, but instead protect those who are vulnerable and victims.

"We had to go back and forth quite a bit on it, but at the end of the day, I think we ended up with a really good change of the law that's going to help protect a lot of people," Ready said.