Hogan: 'Biggest fiscal challenge we have ever faced' on COVID-19’s impact on Maryland’s budget 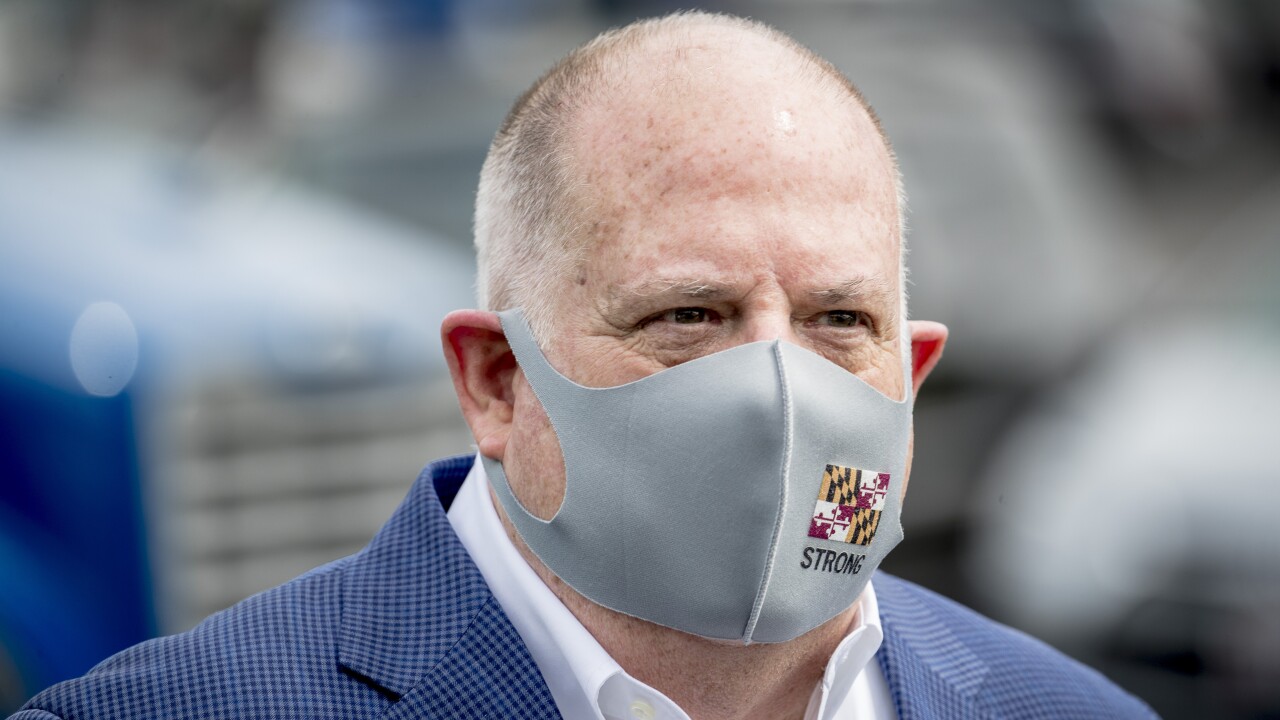 Andrew Harnik/AP
FILE - In this Friday, May 15, 2020, file photo, Maryland Gov. Larry Hogan wears a mask with the Maryland state flag on it following a tour of Coastal Sunbelt Produce in Laurel, Md. A federal judge on Wednesday, May 20, rejected a request to issue a temporary restraining order sought by people challenging Hogan's stay-at-home order in the face of the COVID-19 pandemic. (AP Photo/Andrew Harnik, File)

ANNAPOLIS — Governor Larry Hogan said this will be "the biggest fiscal challenge we have ever faced” in regards to COVID-19’s impact on Maryland’s budget.

Hogan issued a statement after a meeting of the Board of Revenue Estimates.

He stated the COVID-19 pandemic has caused an unprecedented fiscal crisis for state and local governments nationwide, which according to Moody’s Analytics will face $500 billion in shortfalls over the next two fiscal years, with more than 4 million jobs at stake.

He continued in part, saying:

“Today’s revenue estimates are still nearly $1 billion less than what was budgeted prior to the pandemic. Because of our early and aggressive actions, Maryland’s fiscal situation remains challenging, but is significantly less painful than it could have been.

“Nearly six months ago, after dire projections by the Bureau of Revenue Estimates, I immediately implemented a budget freeze and directed the Department of Budget and Management to make recommendations for budget cuts in all state agencies. In addition, the Board of Public Works unanimously approved a series of targeted reductions. And, unlike many states, we were able to keep more than 70 percent of our economy open throughout the entire crisis.

“With this public health and fiscal crisis far from over, it is no time to declare victory. Though we are in a better position both economically and health-wise than much of the country, this is still the biggest fiscal challenge we have ever faced. We will continue to plan for the worst, press Congress to act on additional relief, and make the tough decisions necessary to balance our budget.”