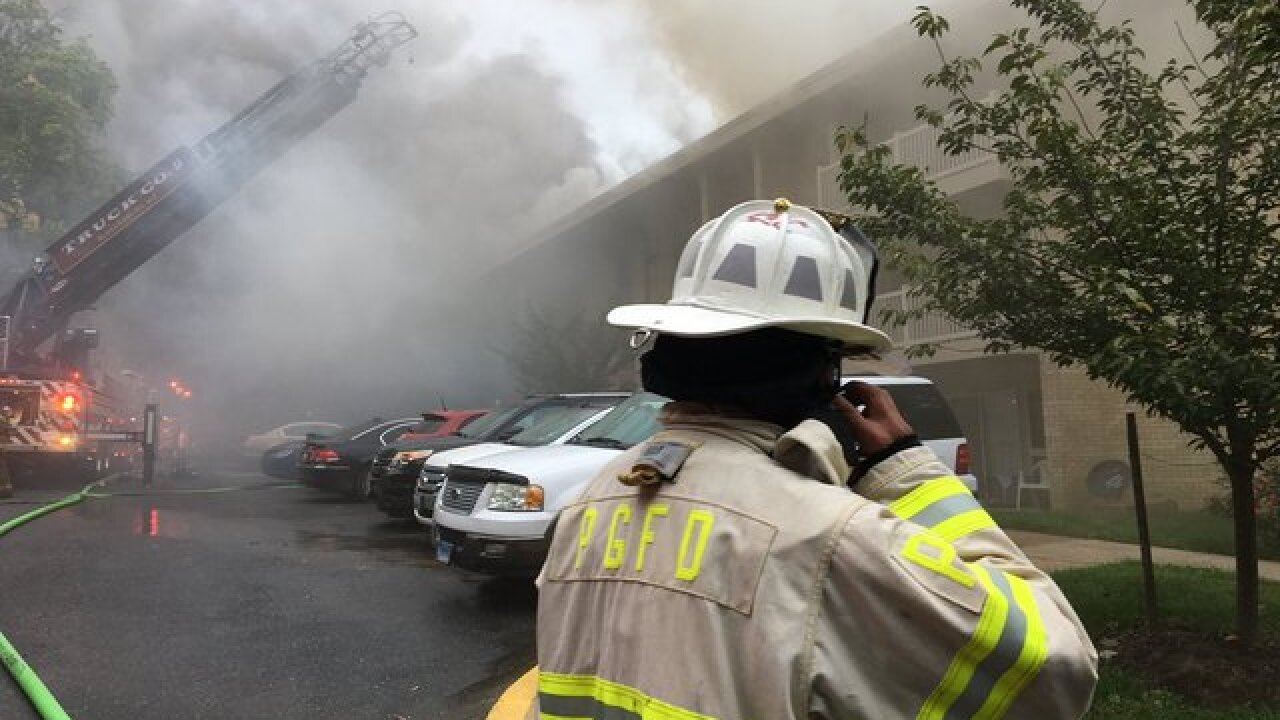 A three-alarm fire spread to four apartment buildings in Lanham on Monday afternoon.

When fire crews arrived that the scene, they were able to see flames showing from the roof and firefighters immediately began to extinguish the hotspots in the three-story buildings.

Video Update 3 85th Avenue. Looking at 75 to 100 displaced after fire is out. #PGFD pic.twitter.com/WcAa4DkbLq

According to fire officials, 44 apartments with approximately 132 people are displaced due to the fire. They are currently investigating the cause.

Officials say that there were no reported injuries.