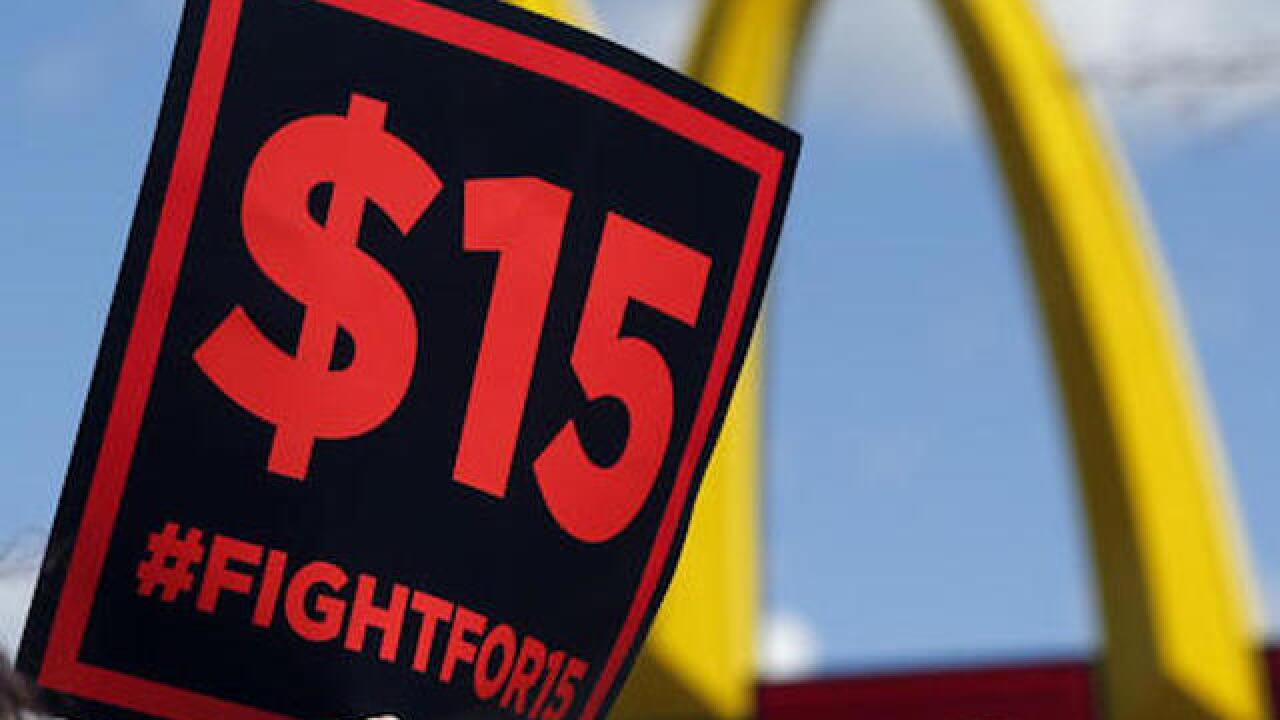 ANNAPOLIS, Md. (WMAR) — The Fight for Fifteen bill has moved one step closer to passing the Maryland State Legislature and becoming law.

On Wednesday, the State Senate approved the bill that would gradually increase the states minimum wage from $10.10 to $15 per hour.

Ricarra Jones, of Maryland's Fight for $15 Coalition released a statement following the vote;

Today's Senate vote to pass this bill following a majority vote in the House is a solid step forward for hard-working Marylanders. We are thankful to our bill sponsors and all the legislators who have fought to raise the wage floor to help working families by putting money back into their pockets to address the rising costs of housing, childcare and other expenses.

The bill now heads to the House of Delegates, who recently passed their own version of the bill.

One difference between the two is the Senate would give small businesses with less than 15 employees until the year 2028 to meet the $15 minimum wage requirement, whereas the House would require all employers to do so by 2025.

Tipped employees such as servers and bartenders would be exempt in both bills from receiving the pay raise. On the other hand, each bill would require those employees to make a combined minimum of $15 an hour between their tips and basic hourly wage.

If both chambers of the General Assembly can reach common ground and ultimately pass some form of the bill, it would advance to Governor Larry Hogan's desk, who in the past has expressed his opposition to the idea.

In the end, Hogan may not have much say, as each version of the bill has passed with a veto proof majority.