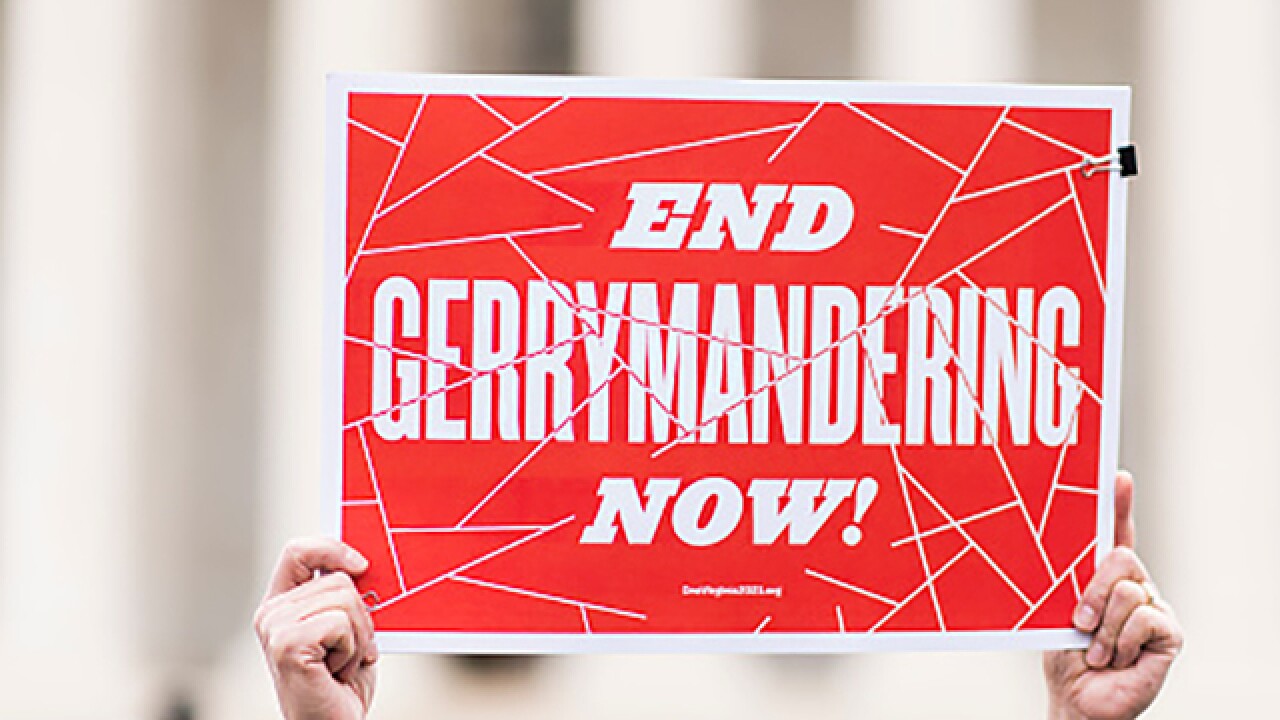 Copyright 2018 Scripps Media, Inc. All rights reserved. This material may not be published, broadcast, rewritten, or redistributed.
Bill Clark
<p>UNITED STATES - MARCH 28: Gerrymandering activists gather on the steps of the Supreme Court as the court prepares to hear the the Benisek v. Lamone case on Wednesday, March 28, 2018. The case challenges Maryland's 2012 Congressional redistricting. (Photo By Bill Clark/CQ Roll Call)</p>

Maryland will see a realignment of its congressional districts prior to the 2020 elections thanks to a ruling made in the United States District Court of Maryland.

An Oct. 4 ruling in the Benisek vs. Lamone case said the state's Sixth Congressional District specifically targeted registered Republican voters by removing many of them from the district. The process of adding about 24,000 Democrats while removing about 66,000 Republicans from the district helped ensure it would be a safe Democratic seat. In Tuesday's election, Democrat David Trone easily bested Republican Amie Hoeber by more than 45,000 votes.

The district was altered following the 2010 census. The seat had been won by Republican Roscoe Bartlett from 1994 to 2012, when Democrat John Delaney won the district.

The district was looked at as a blatant example of gerrymandering, the process of politicians drawing favorable districts to retain or augment political power for a given party.

The case began when voters from the district filed a complaint saying the changes violated their rights of representation guaranteed by Article 1 Section 2 of the U.S. Constitution and their First Amendment protections of political speech, saying the district's changes purposefully stifled Republican voices.

The case had cycled through federal courts since 2013, bouncing between lower courts, appeals, and the Supreme Court before the District Court granted their new ruling on Nov. 7, ordering the maps redrawn.

"Because the plaintiffs also satisfy the requirements for injunctive relief," the court's 68-page ruling read, "we enter a judgment permanently enjoining the State from using the 2011 congressional redistricting plan after the 2018 congressional election and requiring it to promptly adopt a new plan in conformance with this Memorandum Opinion for use in the 2020 congressional elections."

Newly re-elected Republican Governor Larry Hogan issued a statement in praise of the court's decision Wednesday afternoon. At a press conference earlier in the day, he highlighted tackling gerrymandering and redistricting as a priority for his second term.

“This is a victory for the vast majority of Marylanders who want free and fair elections and the numerous advocates from across the political spectrum who have been fighting partisan gerrymandering in our state for decades," Hogan's statement read. "We remain steadfastly committed to moving forward in an open and transparent manner that is free of the partisan influence that has dominated the redistricting process in Maryland for far too long. It’s past time for Marylanders to choose their representatives instead of politicians choosing their constituents, and today’s ruling is a major step in that direction.”"