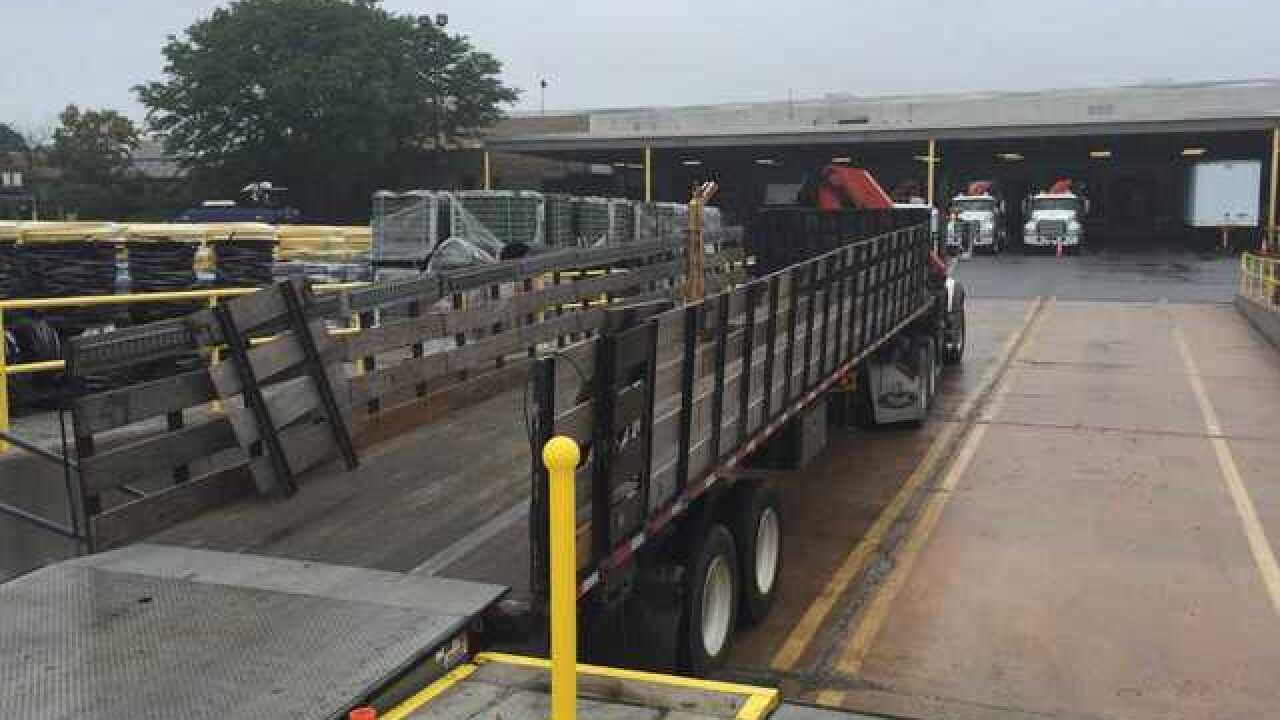 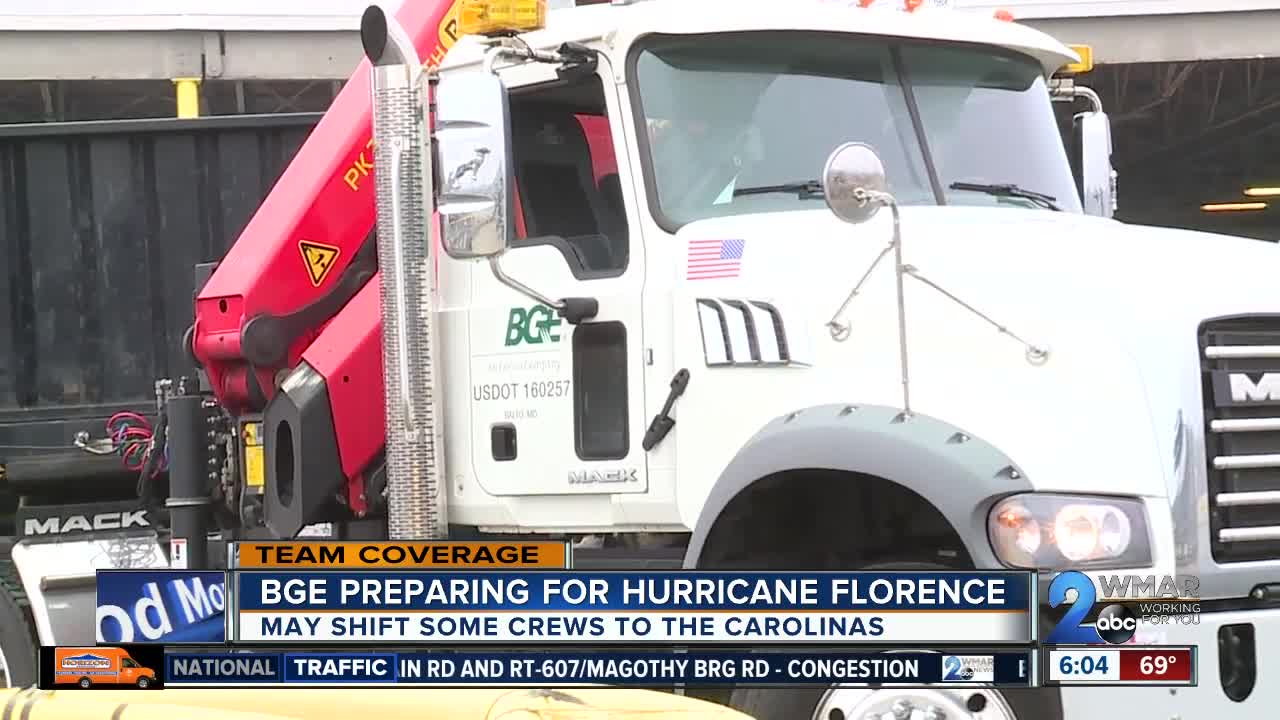 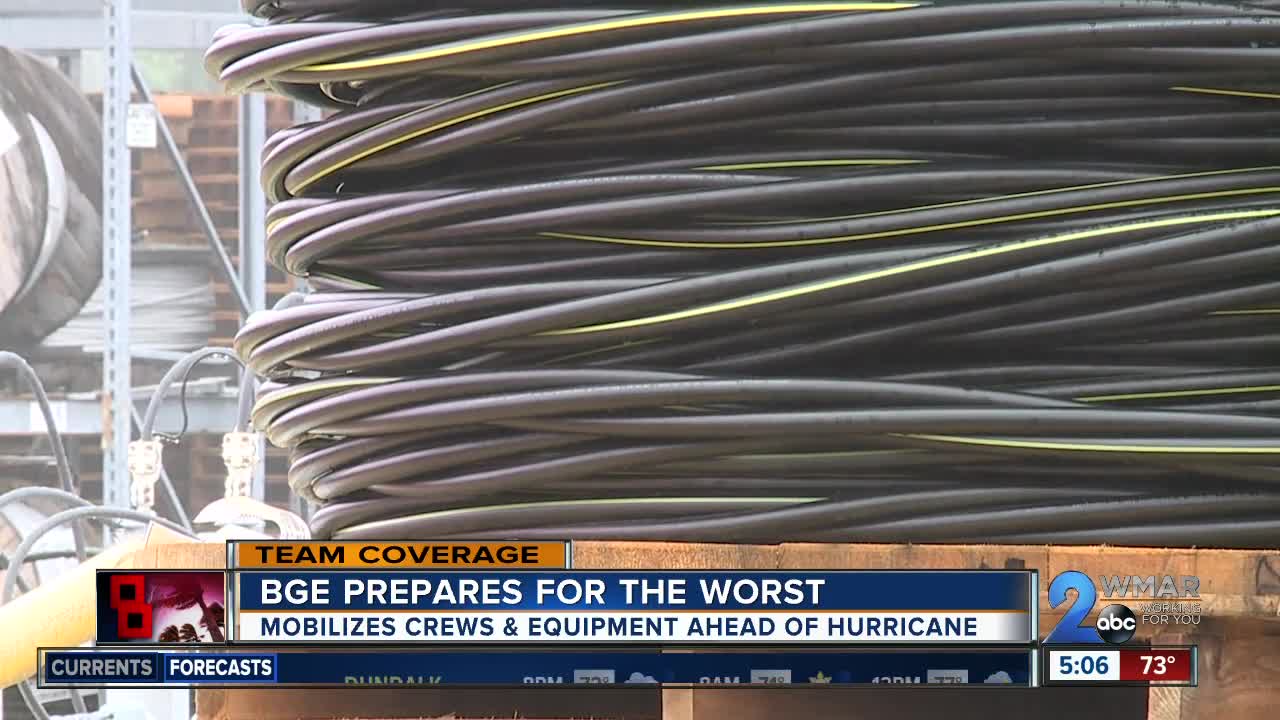 Whether it's the big rigs that move tons or the small front loaders that sweep through the yard collecting their cargo, Baltimore Gas and Electric's main supply hub on Windsor Boulevard is preparing for guests---crews from out-of-state that will be counted heavily upon if Hurricane Florence causes widespread power outages here.

"In the case of a hurricane like this that's coming, we get ready setting up staging areas for mutual assistance crews who are coming in from out of state to help us," said BGE Materials & Logistics Manager Jerry Schmidt.

Staging areas, which serve as collection points for crews to get the transformers, poles and wire needed to repair the system when its pushed to the breaking point.

"Typically, in a storm like this, we're going to have damage from trees and the trees come down on the lines and rip the lines down, which basically breaks that current and a lot of times, it will cause the transformer to trip," said Schmidt.

The telephone calls to line up additional linemen began a week ago, and now, behind the scenes, the power company is giving us a glimpse of the work that must be done days before a storm arrives.

Serving its own customers must come first, but BGE can still shift some of the same resources and crews to areas of direct impact in the Carolinas once the storm's path becomes clear.

"We're gearing up and hopefully Mother Nature will help us, but I can't say that she will,” said Schmidt, “So whatever happens, we'll be ready."

BGE already has commitments from as many as 800 to 900 electric workers who'll be coming from as far away as Philadelphia and Chicago to join their more than 3,000 already here preparing for the storm.