An armed suspect was killed during an officer-involved shooting Monday morning in Temple Hill.

Police responded to the 3000 block of Brinkley Road around 7:30 a.m. after a man called police saying someone was stealing items out of his car.

One officer got to the scene and found a man that matched the description given by the caller. The officer tried to talk to the suspect, but he ran across the street and went into a home inside Henson Creek Apartments. While the suspect was running, the officer saw him toss two license plates that he had previously stolen and reach for something on his waistband.

According to Police Chief Hank Stawinski, the officer did not know what to expect when entering the apartment, so he called for backup. Two other officers came to help, so the three entered the apartment and found the suspect hiding in the laundry room behind the washer and dryer.

The officers told the man to stand up and get out from behind the machines, but he would not listen. One of the officers then saw the man reaching for a handgun, and a struggle ensued.

Chief Stawinski says the next events happened in only a matter of seconds.

“I am describing a life-and-death struggle between the suspect and the officers,” Stawinski said during a conference Monday morning.

One of the officers reached for a taser, but it did not work. At this point the man had taken out his handgun, so another officer reached for it, hoping to point the gun away from him and the other officers, as well as hold the gun in a certain way so it would not reload, restricting the suspect to only firing one shot. 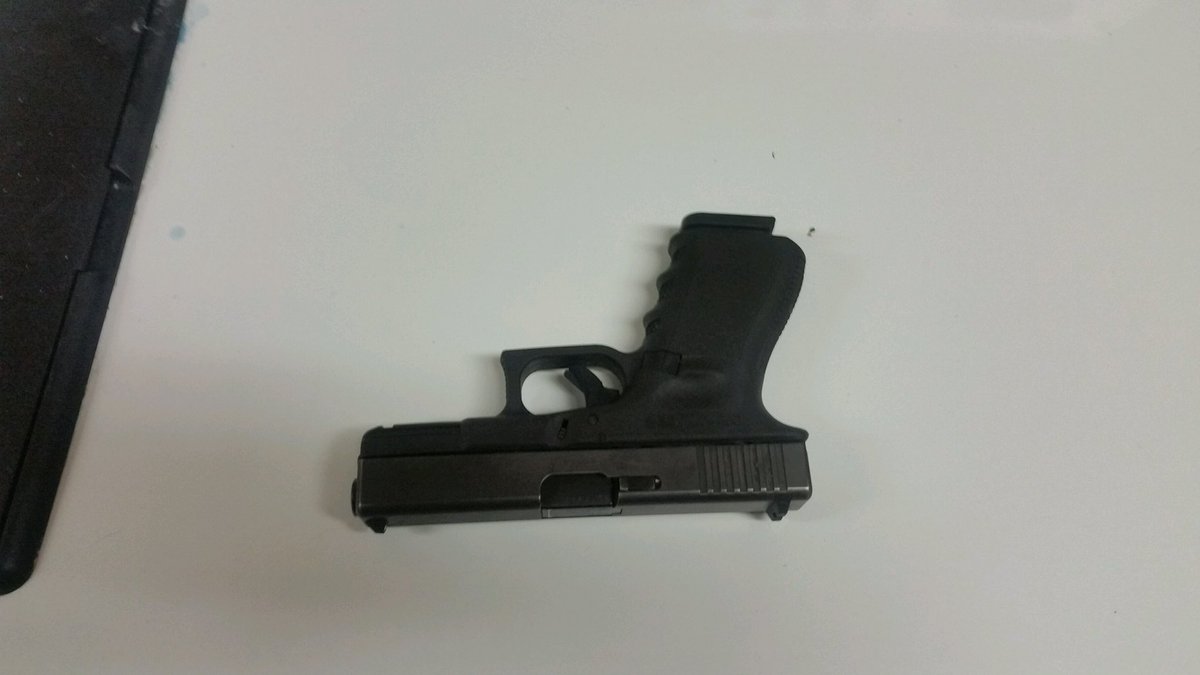 A shot was fired from the gun while the officer was holding it, and another officer was able to shoot at the suspect, hitting and killing him.

Chief Stawinski says that the brave actions of the officer who held the gun saved the lives of the other officers.

A resident in the apartment complex recorded the police presence outside of her building moments before the shooting took place. The resident’s cell phone recording captures the sounds of the three gunshots.

"None of the officers sustained life-threatening as a result of this likely due to the actions of the officer who saw that weapon and grasped that Wesson. And I want to be clear to my public, that officer grabbing and pushing that weapon away occurs a fraction of a second before the other officer who had tried to tase this individual, bringing him under control, drew his service weapon and fired one time. All of that happens in about the course of a second."

The officer crediting with saving the others does not have a gunshot wound but does have significant injuries because of where his hand was when the shot was fired.

The involved officer has been placed on administrative leave pending the outcome of the investigation.

The deceased suspect has not been identified at this time. Police are still unsure if there was any connection between the suspect and the apartment he ran into.

If anyone has information in this investigation, they are asked to please call detectives at 301-856-2660.