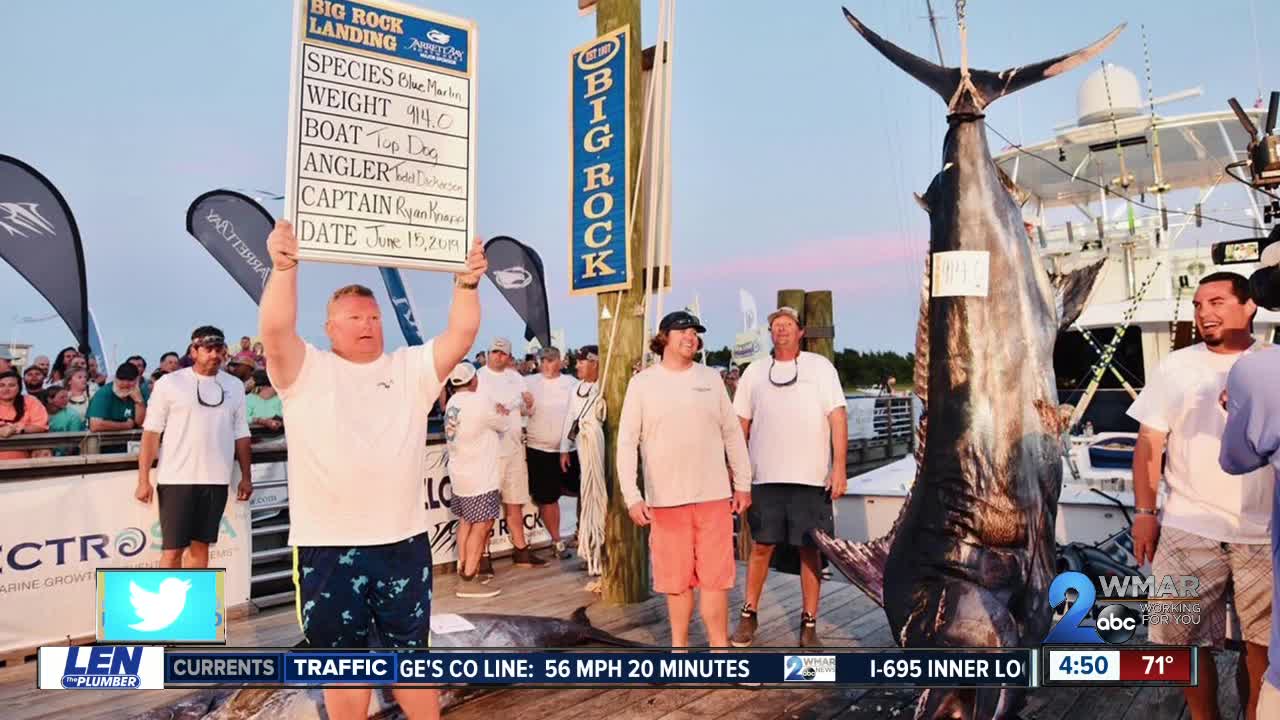 A record-breaking marlin was caught by a group of Ocean City Fishermen.

To reel in this huge marlin, the crews says it took more than five hours and an additional 90 minutes to bring the 15-foot fish into their boat.

They received more than $793,000 for bringing the marlin back to the dock.