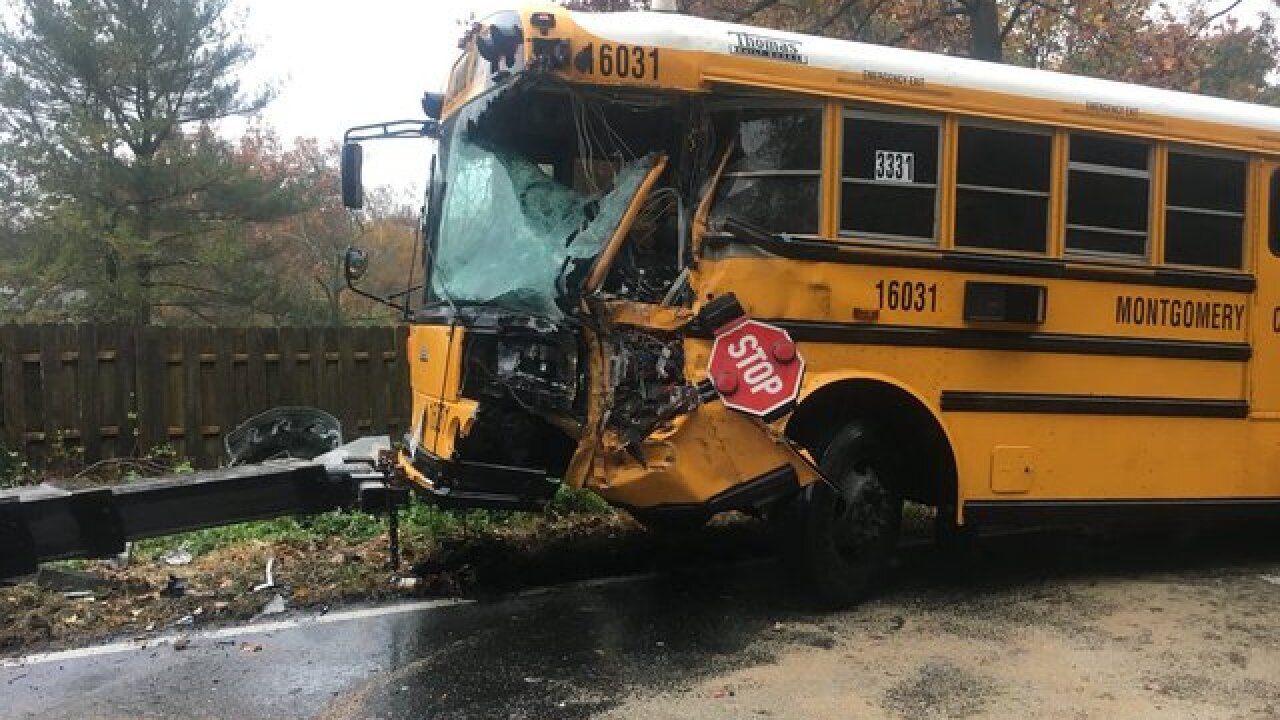 Copyright 2018 Scripps Media, Inc. All rights reserved. This material may not be published, broadcast, rewritten, or redistributed.
<p>Photos by John Gonzalez with ABC7 in DC</p>

Nine middle school students and two adults were sent to the hospital with non-life threatening injuries after a school bus and dump truck crashed Monday morning.

Just before 8 a.m., officials were called to a collision between the bus and trash truck in the 2400 block of Norbeck Road in Montgomery County.

When crews got to the scene, all 39 students on the bus were evaluated and nine were sent to the hospital with the dump truck and school bus drivers.

Officials say the school bus was on its way to Farquhar Middle School when it crashed.