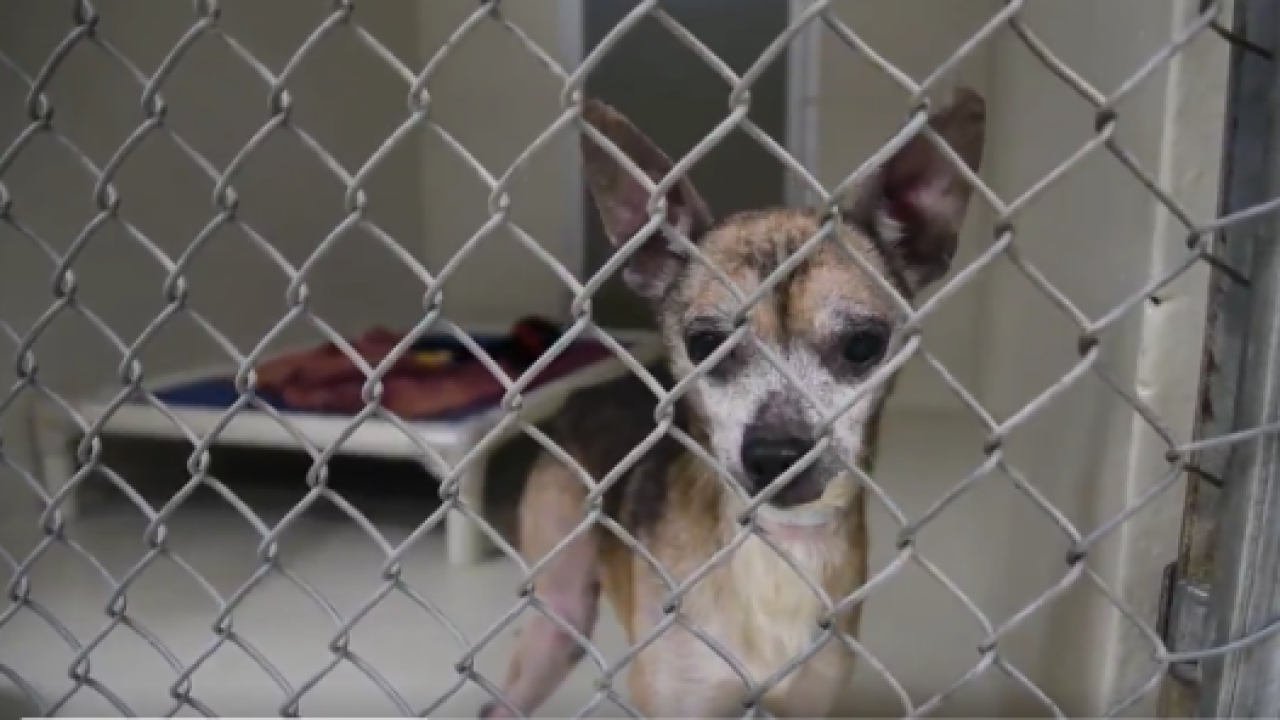 WOODBINE, Md. — A Woodbine couple has been found guilty of animal cruelty charges, which include failing to provide sufficient food, shelter, space and veterinary care to several animals on their property, and causing unnecessary pain and suffering.

At least 54 animals were recovered from the couple last year.

Officials rescued 50 dogs, three turtles, and a parrot after a complaint was made that an illegal puppy mill was operating out of the couple's basement.

In July, Howard County Animal Control received a call regarding skinny horses at – Glenn Andrew Hopple home. They also discovered there were 14 miniature horses, three horses, one cow, one goat, and 10 donkeys in their pastures.

The officer provided a notice requiring Hopple and his wife to take four of the miniature horses to a vet within 24 hours. Two days later, an officer returned to check on the horses and following a visual exam, Animal Control contacted the county's vet to assess all the animals.

Seven days later, the officer and vet visited Hopple's home and the vet ordered seven of the miniature horses and a donkey to be impounded due to their poor condition.

The horses and donkey were taken to Days End Horse Farm for further treatment.

A few months later, in September, Animal Control received an anonymous letter regarding animals on Candace Berry’s property in Woodbine.

After responding to the address, officers observed feces and urine tracked throughout the house.

Eight dogs in the residence were in poor condition and impounded by Animal Control. Three turtles and one bird were also impounded.

Three days later, Howard County Animal Control received a phone called from a woman who said she was an acquaintance of Ms. Berry.

Officials say Berry told the woman that Animal Control had impounded a number of her animals but did not inspect the basement where additional dogs were housed and asked to help her by taking the dogs so "Animal Control would not find them if they returned to her home for another inspection."

The next day, the acquaintance turned over 33 dogs to Howard County Animal Control, including a female Boston Terrier with three puppies. A search and seizure warrant was obtained two days later and Animal Control located a black adult Labrador Retriever with 8 puppies inside a dog enclosure.

Officials say "the small room that the dogs were in was hot and dirty with urine and feces built up. The dog and puppies had no water and the adult dog needed medical attention for an ulcerated mass and infected ears."

Hopple and Berry are scheduled to be sentenced on April 24.