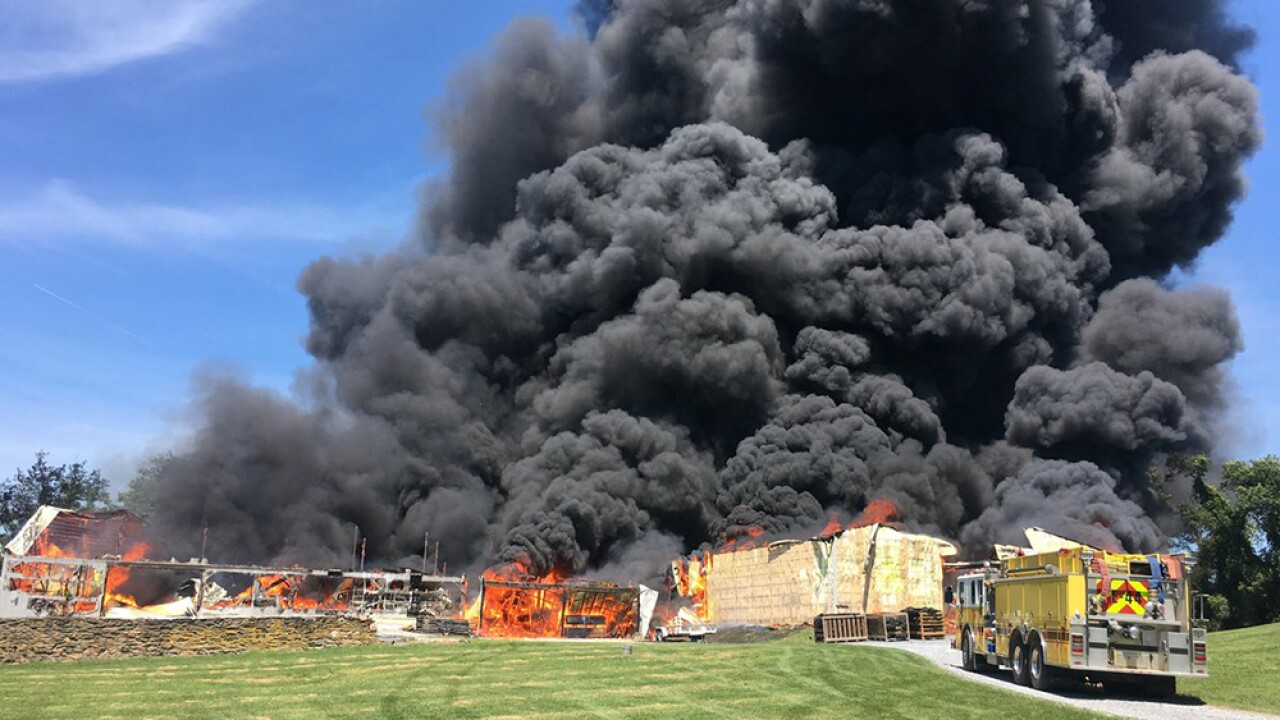 Howard County Department of Fire and Rescue Services
Smoke could be seen for miles from a barn fire in Glenwood. 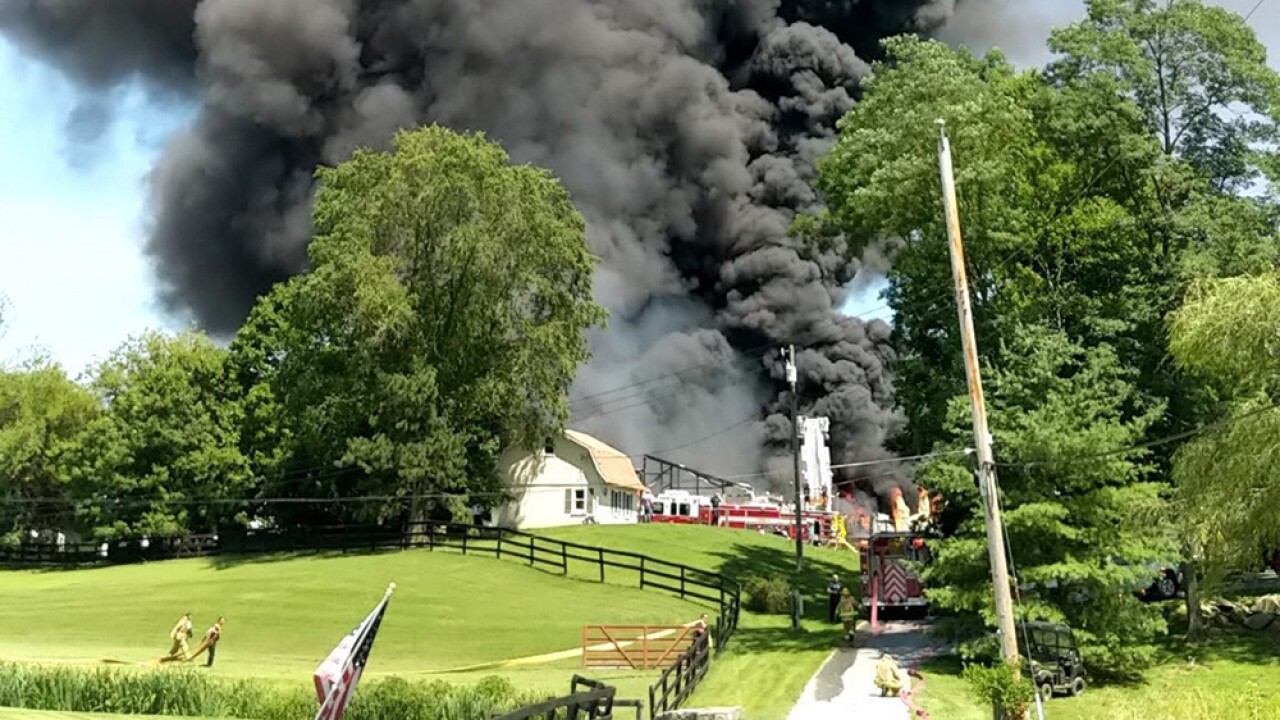 GLENWOOD, Md. — A large cloud of smoke could be seen for miles in neighboring counties from a fire at a Howard County farm Monday afternoon.

It took around two hours for several fire crews from Howard, Carroll, and Montgomery County to control the flames.

Officials said no people, animals, or chemicals were inside the barn or green house at the time of the fire.

One firefighter was reportedly evaluated on scene for an undisclosed injury while a civilian refused medical treatment for an unspecified injury.

The Fire Marshal's Office with the Howard County Department of Fire and Rescue Services has been called in to investigate the cause of the blaze.

Both the barn and green house were totally destroyed.