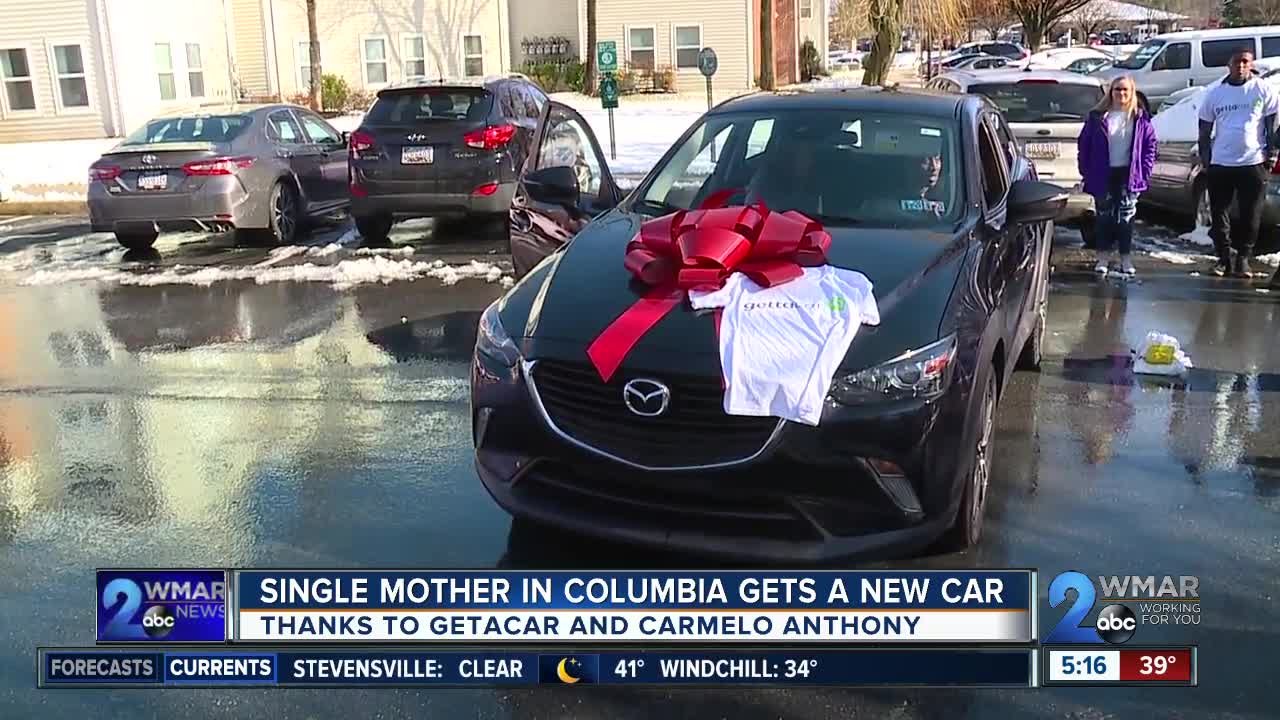 Columbia mother gets a new car

COLUMBIA, Md. — Shalita Addison woke up Wednesday, not knowing if her car, a 1997 Honda Accord would even start.

Imagine the stress and the pressure this mother was under. Now, the weight is lifted off her shoulders, as she becomes overcome with emotion when she realizes that this 2017 Mazda CX is hers.

Addison had no idea this was about to happen to her. Her daughter, Taylor told her, that they were going to her school.

What a surprise and a blessing because she broke down crying in front of her daughter on Tuesday about her car troubles. Now she's crying tears of joy.

"So grateful i know that like sometimes you don't think prayer works you know? But like raising her and to get a d1 scholarship,” said Addison.

The Philadelphia company behind this surprise is a company called Gettacar. It's essentially an online car dealership that recently launched in Baltimore.

Gettacar then reached out to Carmelo Anthony and for him, it was a no brainer to partner up and make this dream possible.