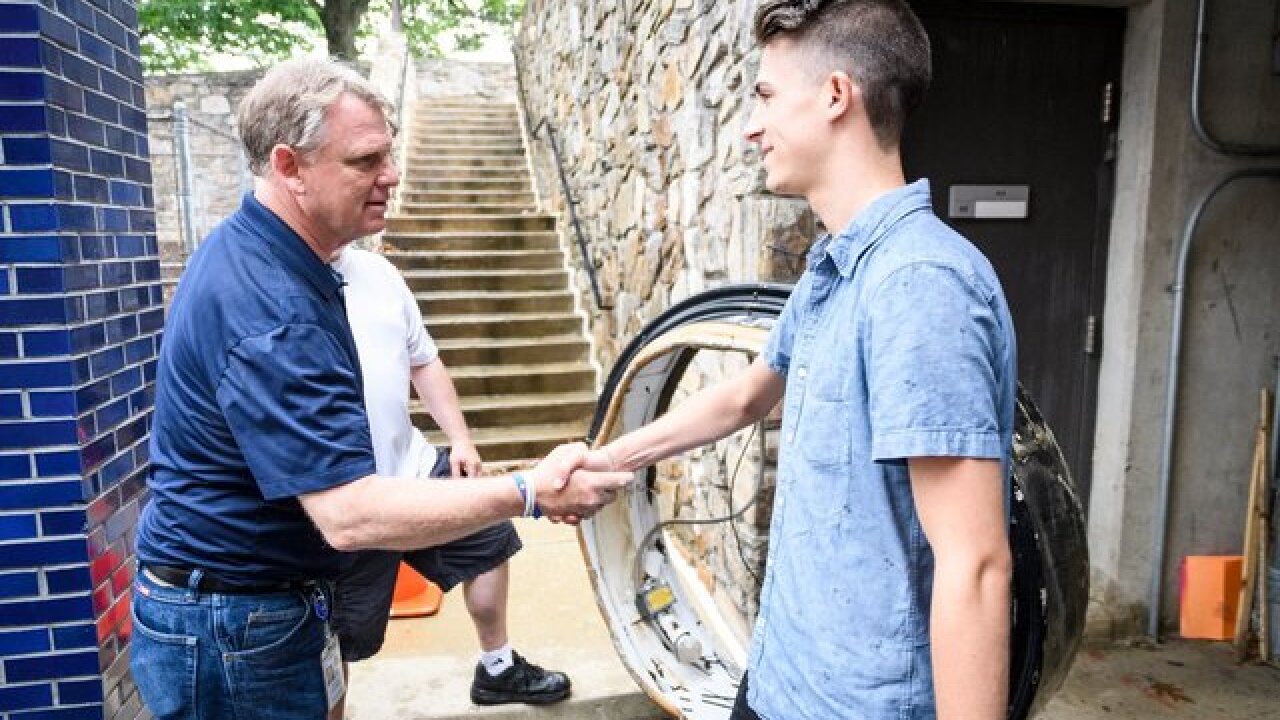 The frame and part of the face of the iconic Ellicott City clock were found in the Patapsco River Saturday afternoon.

Residents Geoff and Mark Haver were credited with finding and recovering the pieces.

The clock had been installed to replace the clock that had been damaged in the 2016 flood.

This afternoon, Geoff and Mark Haver of Ellicott City recovered the frame and part of the face of the iconic clock in the Patapsco River. This clock was installed last July to replace the clock that had been swept away -- and recovered -- in the 2016 flood. #ECFlood #ECStrong pic.twitter.com/0TpleEtYfD