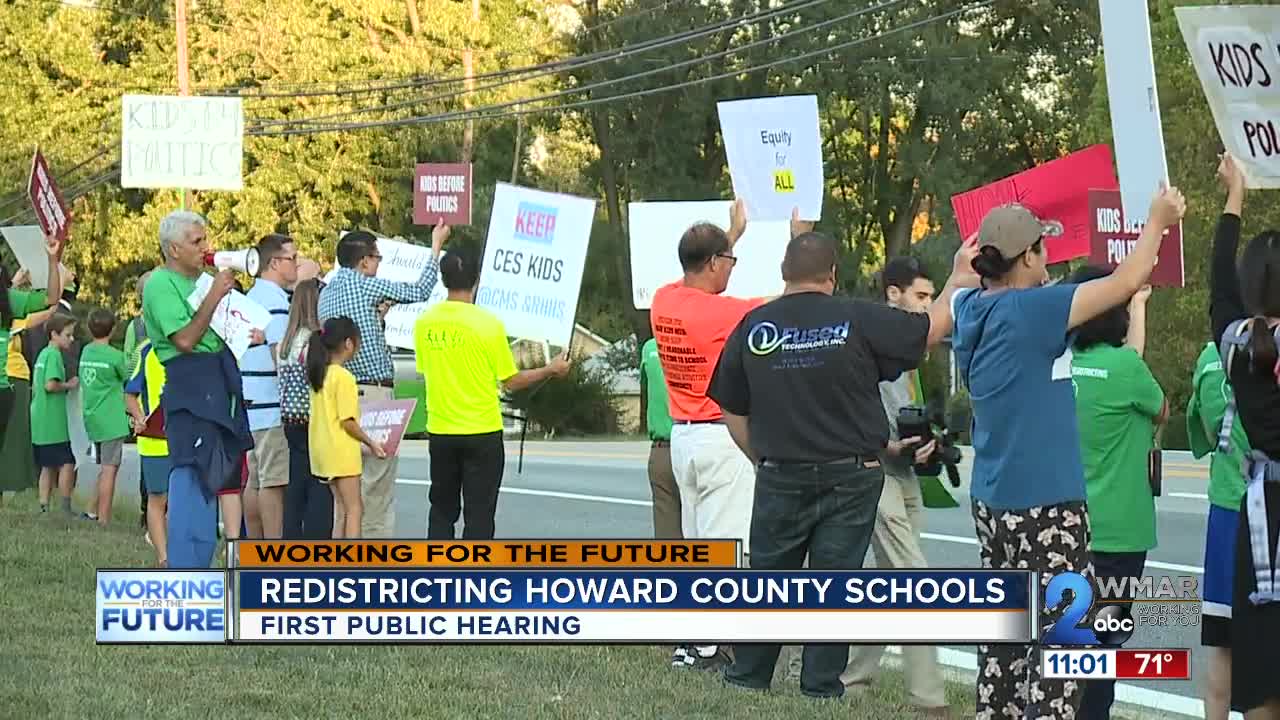 Hundreds of parents and children were loud and clear about how they felt about the Howard County Superintendents redistricting plan.

HOWARD COUNTY, Md. — Hundreds of parents and children were loud and clear about how they felt about the Howard County Superintendents redistricting plan.

Signs in hands against moving over 7,400 students they chanted in front the Howard County Schools Department of Education building ahead of the first public hearing.

Superintendent Dr. Michael Martirano said by reassigning the students, they could alleviate overcrowding and address inequities in the distribution of students affected by poverty.

Dr. Hermant Sharma is a parent of three kids that would be moved and said the district needs to come up with a better plan.

“There’s a lot of flaws in both the process of how this was developed,” Sharma said. “Ignoring community input, wasting upwards of half a million to three quarters of a million of tax payer dollars to spend on reports that were then completely disregarded. “

Dozens of students took the podium inside the meeting room pleading not to be taken away from their friends, teammates, and schools.

The superintendent's recommendations come after a review found nearly half of the county's schools are either underutilized or over capacity and there's an uneven distribution of students in the free and reduced-price meal program also known as farms.

“I really like that full feed from elementary to middle school I think that’s optimal for our children,” said one parent. “This also helps to bring the FARMS rate at Lake Elkhorn closer to the county average. Overall from the point of view of a 56 Polygon I understand and support the superintendents plan.”

Madeline Phillips is a 10th grader who said changing schools would negatively affect her ability to get into colleges.

“By sending me to a new high school with no time to build student teacher relationships my teachers would not be able to write effective recommendation letters,” Phillips said. “Having just met me they may find it difficult to write meaningful recommendations that would help me stand out to colleges. "