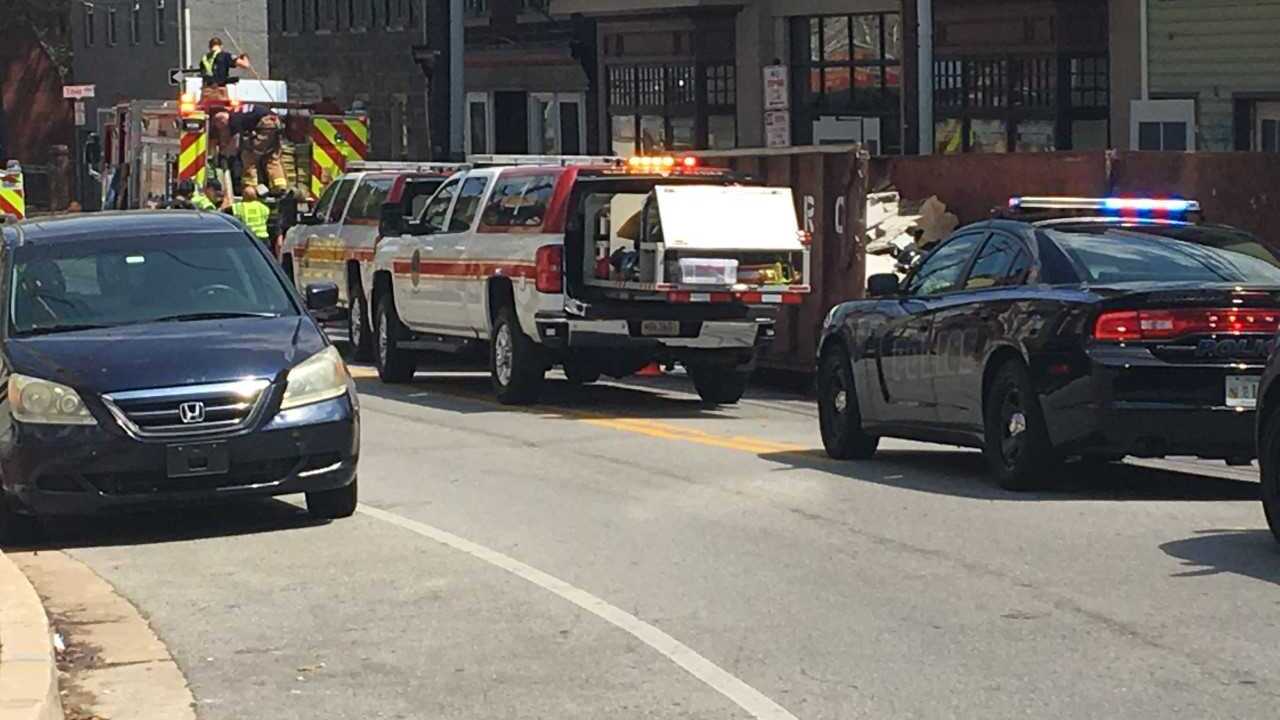 ELLICOTT CITY, Md. — Howard County Fire officials evacuated an area off of Main Street due to a struck gas line.

According to the department, 40 firefighters responded to the reported gas leak on the second floor of a building located on the 8000 block of Tiber Alley Road around 11:00 am. They say fire crews were able to evacuate about 30 addresses.

BGE crews were also called to the scene and have since secured the gas leak.

Fire officials say one firefighter was hospitalized due to smoke inhalation and was taken to a local hospital with non-life threatening injuries.

Main Street was closed between Old Columbia Road and Maryland Avenue for about two hours while crews accessed the situation.