Dog dies on Thanksgiving while in care of Carroll Co. 'Rover' sitter 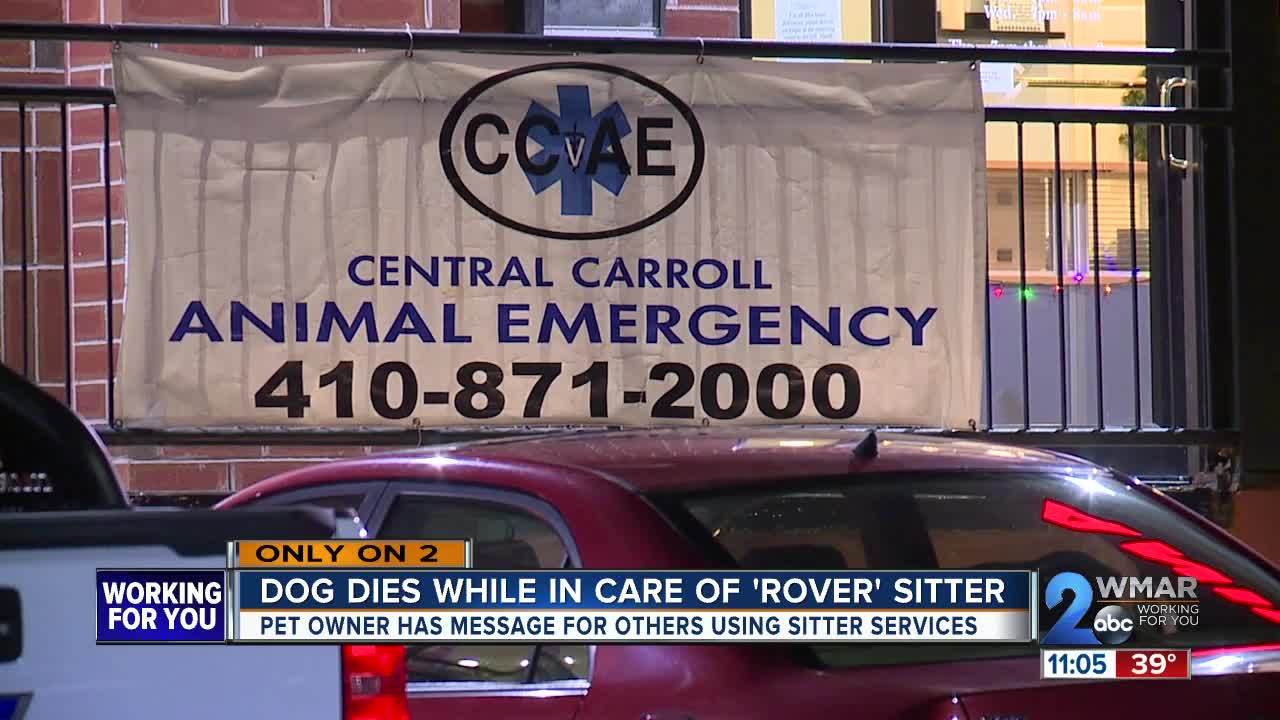 She used the app 'Rover' to find a local sitter, but came home to her dog's ashes. Now she is warning pet owners about trusting just anyone on the apps. 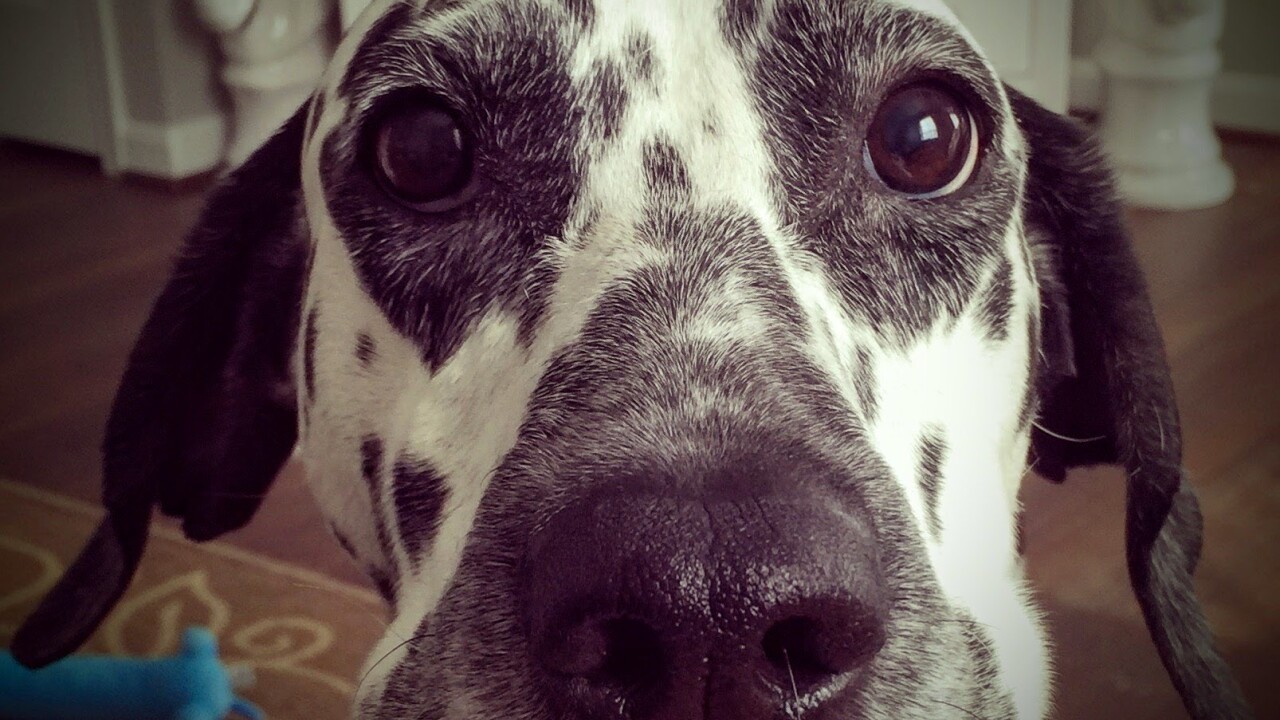 WOODBINE, Md (WMAR) — There's a saying: 'Who rescued who?' Brittany Grimm and Myah are the perfect example. Grimm found Myah at a difficult point in her life. She had just made the decision to put her beloved family dog to sleep after she was diagnosed with an incurable and aggressive form of cancer.

And Grimm found Myah after she was rescued from a puppy mill in Virginia at around three years old.

"She was very timid, very scared of everything," said Grimm. "It took a long time for us to get her to a point where she was comfortable with us. But I just fell in love with this dog because she just needed someone to rely on a care for her."

For six years, Grimm did just that. She watched her come out of her shell and they became pretty much inseparable.

"She was basically like my child. I felt like I adoptable a kid. I became her primary caregiver," said Grimm.

When it came time for her to visit her sister and her newborn baby in Texas over Thanksgiving, she did her research about where Myah should stay and the pet sitter app Rover came highly recommended. She also thought it would be more cost-effective and mean more personalized care for Myah.

"I read all these reviews online. I searched my area for the perfect sitter," said Grimm.

Which she thought she found in Woodbine, not far from her home in Mount Airy.

"He had tons of reviews and everyone had positive things to say about him and he had so many repeat customers. His profile really stood out," said Grimm.

She wanted to be diligent so she met him and visited the home Myah would be staying at. She was satisfied with what she learned; that he was a 26-year-old animal lover who lived with his father and two small dogs in quiet area. She booked his service and dropped Myah off the Saturday before Thanksgiving. She got positive updates from him every day, until a frantic call late on the night before Thanksgiving.

"The panic in his voice was... he couldn't even hardly talk to me," said Grimm.

He told her there had been an altercation between Myah and another dog at the home while he wasn't there. He told Grimm and later Animal Control, that another dog that was in his care escaped her crate and when he got home, he found Myah with severe injuries to her neck and the other dog covered in blood but with no injuries in the corner of the basement. He rushed Myah to Central Carroll Animal Emergency, where the veterinarian took Myah in for surgery and then called Grimm.

"When they opened her up, they found that she had a severed carotid artery. The most evident injury was that she had a completely shattered muscle in her neck so there was a gaping hole where there should have been a muscle and a vertebrae that was sticking up that they knew potentially could be a spinal cord problem," said Grimm. "It was the most horrifying situation not being able to get home and be there with her."

The vet told her her options: they could try and find a board-certified surgeon, which would be difficult on the holiday, to do one, but probably multiple surgeries and Myah would have about a 50% chance of recovery; the current vet on duty could do her best to perform the surgeries with the same odds; or while she was already sedated, they could put her down.

"I asked her, what would she do if this was her dog? And she said that given her experience and knowing the severity of her injuries, that she didn't see this coming out in a positive way and wouldn't have wanted to put her own dog through that," said Grimm.

So surrounded by family, Grimm made the difficult decision to do what was best for Myah and put her to sleep.

"I felt like I lost a part of me," said Grimm. "They asked me if I wanted her cremated and I knew that was the only way I was going to have my last chances of being with her."

Weeks later, she's back home and still in shock.

"I've been trying to get used to the house without her paws clicking on the floor and following me everywhere," said Grimm.

She's sad, angry and forgiving. She's not looking for retribution.

"I don't want to put another animal down but at the same time, there's no justice for Myah in this situation," said Grimm.

For her, justice for Myah means making sure no one else has to come home to their dog's ashes.

"It's not just this one sitter. There's so many out there that don't know these things either," said Grimm.

Rover said in a statement, "As per our terms of service, which must be accepted by all users, sitters and walkers are expected to be in compliance with local laws and regulations. All sitters must pass a background check, have their profile approved by a member of our team, and pass a safety quiz."

According to the Carroll County Animal Control report, this particular sitter did not have the required kennel license for the county because he didn't know he needed one.

Grimm is not sure how he was able to operate, but hopes this spurs pet owners to ask more thorough questions before trusting a sitter with their animal.

Rover paused his sitter's account while its Trust and Safety team conducts an investigation, adding "As part of the meet and greet process, owners have the opportunity to ask about qualifications, such as training, licensing, or pet care experience to determine if a sitter is a good fit for them and their pet."

"I don’t want to prevent him from being able to do this in the future. I feel as though if he had the proper training and licensing that he would be great at this it was clear to me that he was animal lover," said Grimm.

Reached through another pet sitter app, Myah's sitter told WMAR-2 News he is not boarding any other dogs for the time being and has a lot of thinking and learning to do.

"It was one of the most horrible things that has ever happened for me and came at a particularly hard time for my family. I only want to make things right with Brittany," said the sitter.

Neither the sitter nor the pet owner are facing charges. Per the AC report, the other dog was placed under protective custody at the Humane Society of Carroll County until her owner could pick her up.