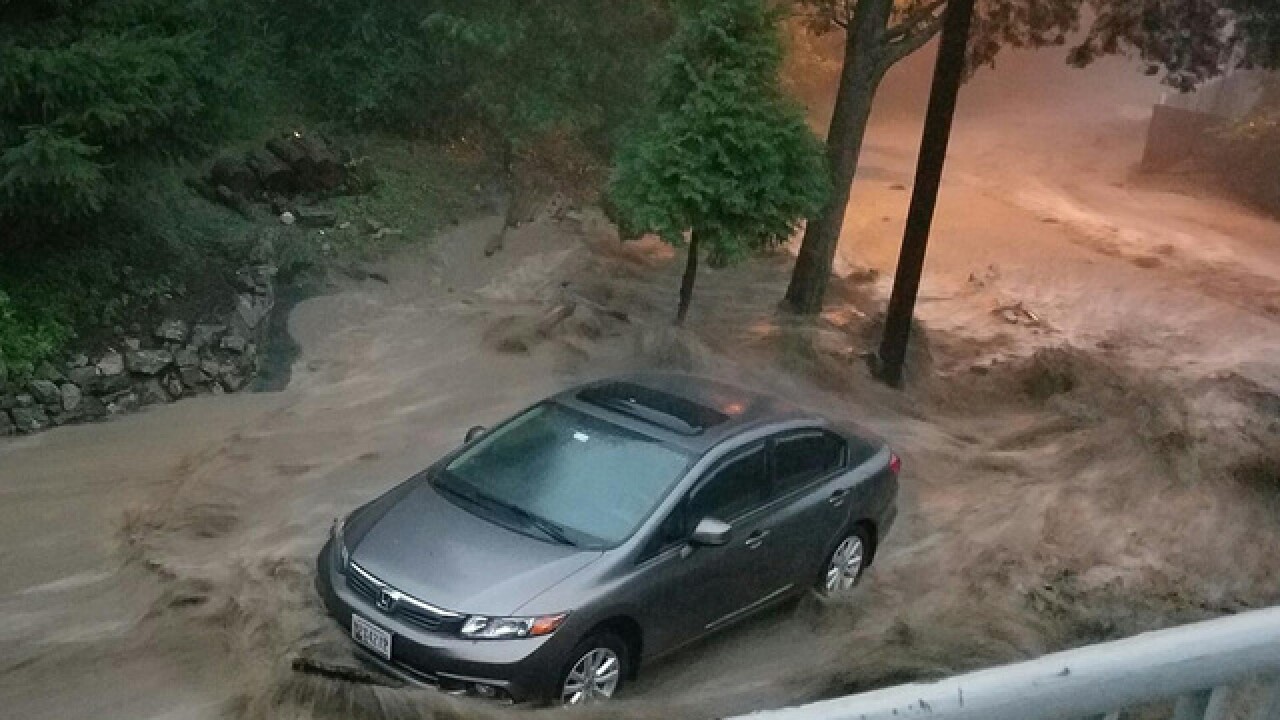 <p>A car being washed down a driveway in the historic Ellicott City flooding. Photo courtesy of Joe Hauser. </p>

The plan was approved with a 3 to 2 vote and includes tearing down 10 buildings on the lower end of Main Street.

A couple of amendments to the plan were also put up for a vote last night but did not pass. One of those amendments was to take a closer look at another option to relieve flooding along Main Street, tunnel boring.

The plan that passed would allow the county to purchase 10 buildings on the lower end of Main Street, which they want to remove in order to create a river walk to ease floodwaters. The idea is to reduce both the speed of the water and the height from 12 to 15 feet to about four to six feet.

"If we didn't move this forward I am confident we would be looking at a ghost town with some historic buildings and no people," said Councilmember John Wenstein.

Other councilmembers against the plan wanted more time to consider other options and fear the plan may give people a false sense of security.

Preservation Maryland has also been vocal about their concerns with this plan, especially knocking down the buildings, but they don’t see this as a done deal.

"This is far from over. We’ve been in existence since 1931 and cared about Ellicott City since the beginning; we’ll continue to care about them," said Nicholas Redding, the Executive Director of Preservation Maryland.

Preservation Maryland says it will be releasing its own engineering study within the next couple of days that will consider other ideas like tunnel boring.

The county has not said when construction along Main Street to put this plan into motion will begin.