Several people were forced to evacuate from their homes early Thursday morning after an apartment building caught fire.

Crews were called to the three-alarm fire at the Riverside Condos in the 1200 block of Ravenwood Court just after 2:30 a.m. Officials say the fire started on the balcony of an apartment on the third floor.

Click the picture below to see more pictures from the scene: 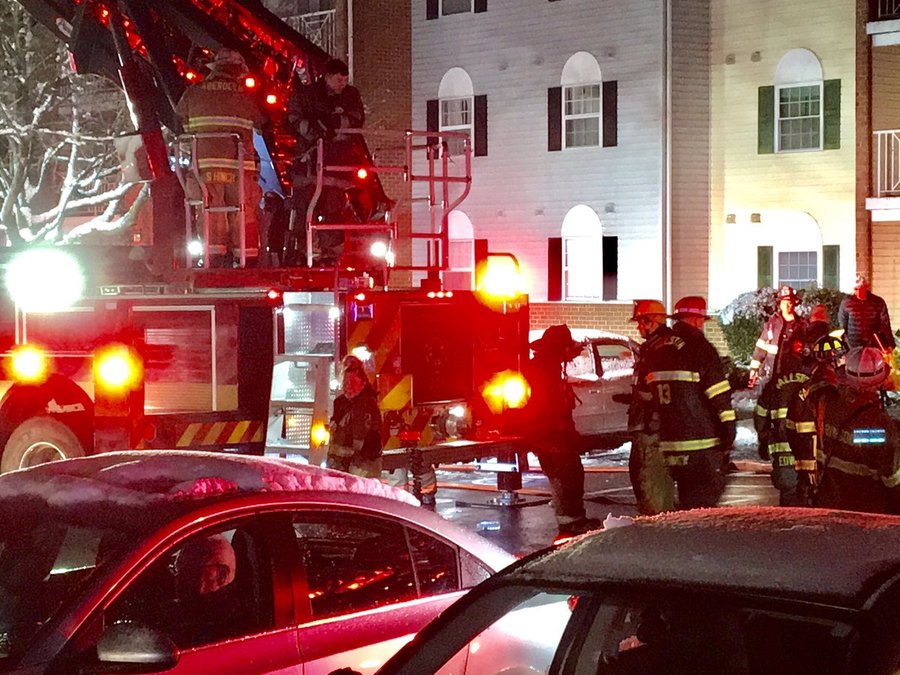 Two adults and a 5-year-old were inside their home when the fire started, but they were able to get their dog and get out of the apartment safely. Officials say the family did pull the fire alarm before they evacuated so they could alert their neighbors there was a fire.

Most people were able to get out, but firefighters did have to rescue two people who were still inside the building. The fire eventually spread to the roof, but crews were able to extinguish the blazes.

A firefighter was sent to the hospital with minor injuries and there were no other reported injuries.

Officials combing through the charred 3rd floor. The cause of the fire remains under investigation at this time. #GMM2 @ABC2NEWS pic.twitter.com/f399HrmDC6

The State Fire Marshal says the cause of the fire is still under investigation at this time, but they cannot rule out disguised or misplaced fireplace ashes.