First dog of its kind in Maryland 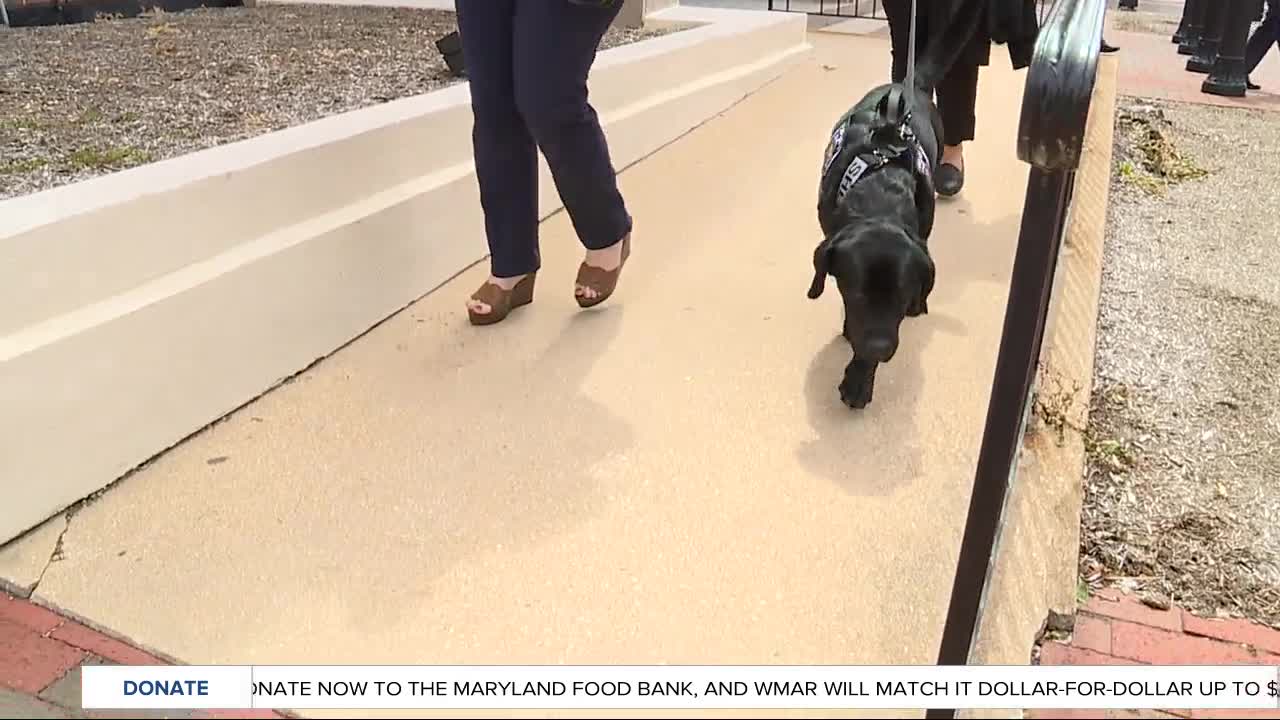 He only turns two-years-old next month, but this English lab has already set himself apart from the estimated 89 million other dogs in this country.

BEL AIR, Md. — He only turns two-years-old next month, but this English lab has already set himself apart from the estimated 89 million other dogs in this country.

‘Sata’, as he’s called, is one of only two dozen canines in the U.S. who can sniff out a chemical used on all electronic storage devices, and his duty now with the Harford County Sheriff’s Office will be to track down everything from cell phones and lap tops to thumb drives and small SD memory cards used by child sex offenders to store pornography.

“There’s a lot of area to search and there’s a lot of places for them to hide things from small SD cards to flash drives so it often can take us hours to search even one small residence so I really think he’s going to be a benefit to us,” said Det. Carey Gerres, Sata’s new partner.

Donated to the office by a non-profit in Indianapolis devoted to getting child predators off the streets, once given the order, Sata sniffs out the device and then points at it with his nose and sits down next to it.

He’s also going to provide double duty by serving children who have suffered at the hands of a predator.

“Also, being assigned to the Child Advocacy Center, he’s going to fulfill the role of being a comfort animal to the children who come in there and having been victimized, need a few minutes of comfort and he’s going to provide that service as well,” said Harford County Sheriff Jeffrey Gahler.

A special dog, and the first of his kind here in Maryland, Sata could make the difference when evidence of the next pervert or predator evades the human eye.

“I had to really see it to believe it and even me, being a new trainer, you know when I put that leash on and say, ‘Let’s go to work’, and you show him the food pouch, he is just a different dog. He is just completely tuned in to what he’s doing,” said Gerres. “When he goes and finds a small SD card in a plant, it was astonishing.”