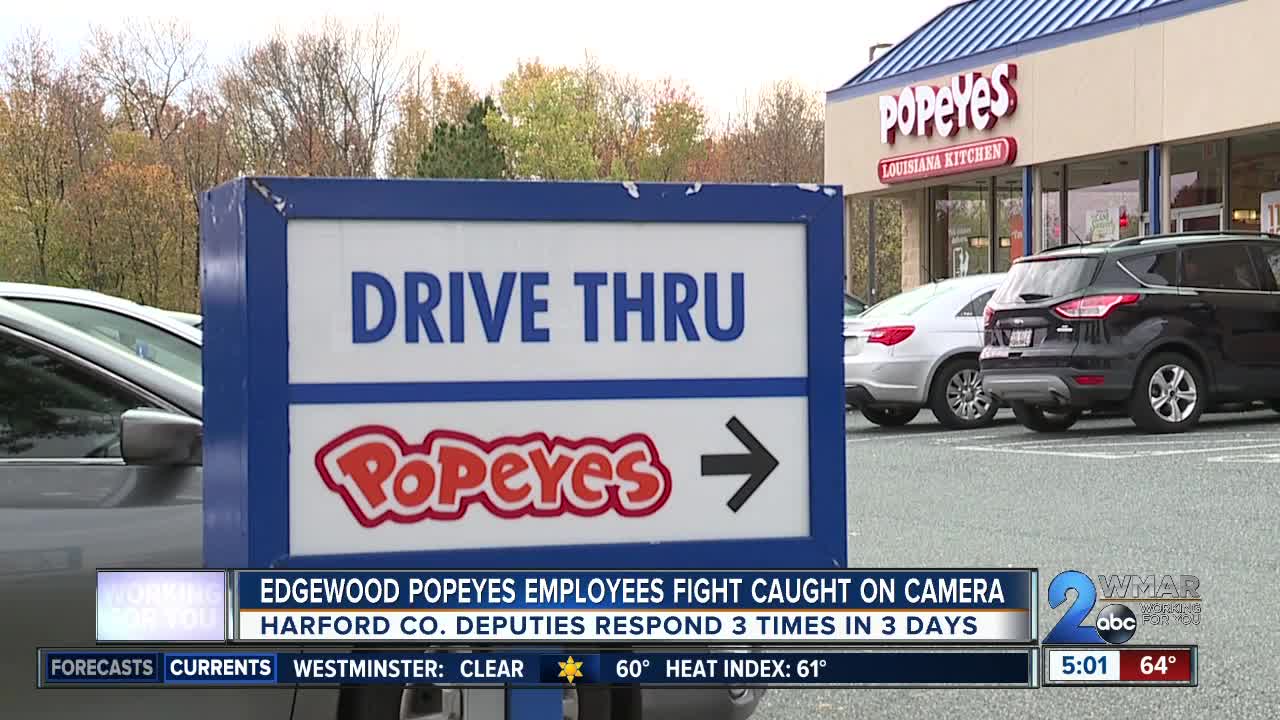 With the re-release of their popular chicken sandwich, Popeyes has been a busy place. 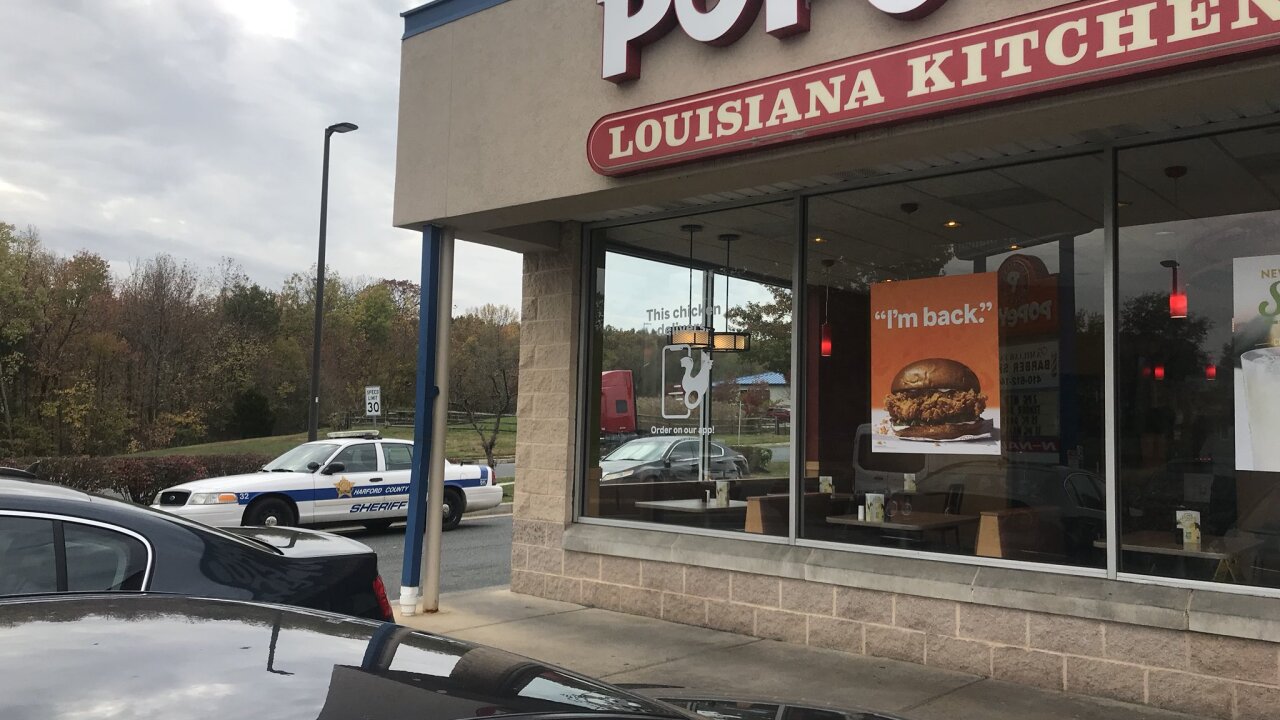 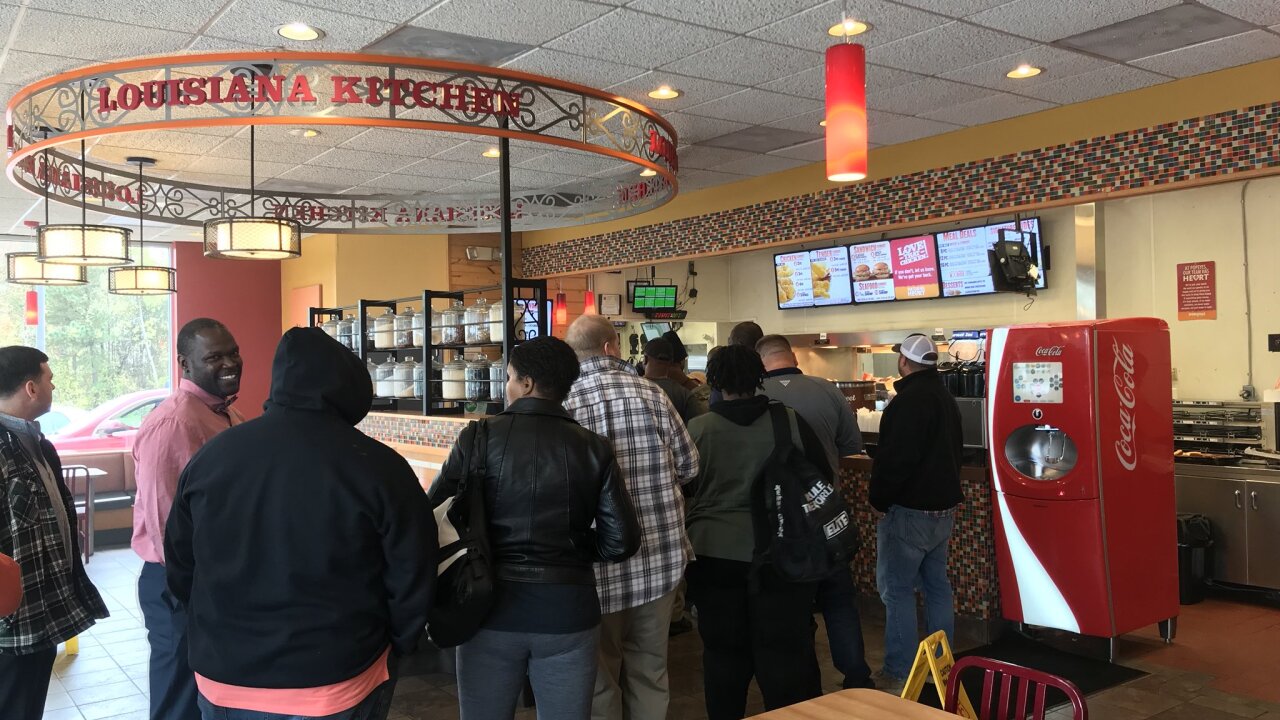 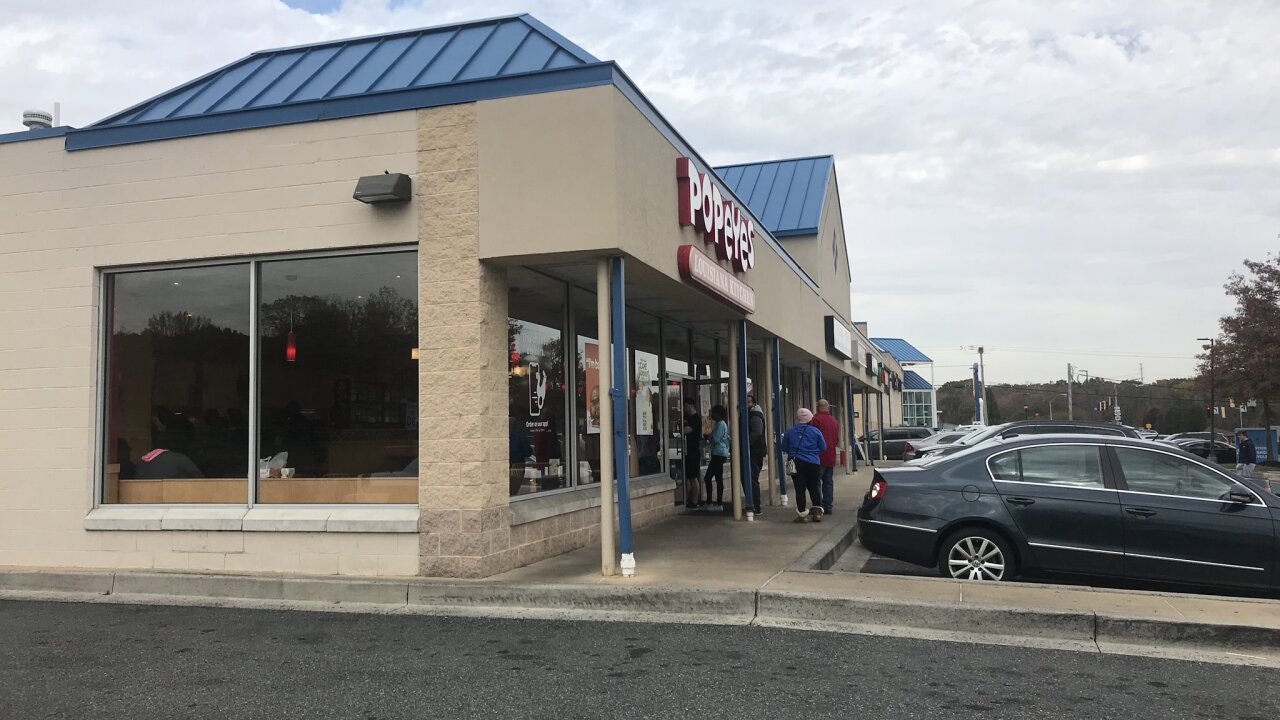 EDGEWOOD, Md. — With the re-release of their popular chicken sandwich over the weekend, Popeyes has been a busy place.

Since Sunday, deputies have had to respond there three times for reported disputes.

A customer had a problem with their order, and got into a dispute with an employee.

Colonel William Davis says there might have been some chest bumping exchanged, but no one wanted to file any charges.

Then two hours later, deputies were called again, this time for an argument between a manager and employee. That fight was caught on a since-viral video posted by Murder Ink, which shows one of the employees trying to hit another with a frying basket in the kitchen area, while customers waited in line.

On Tuesday, police were called again for a manager and employee arguing.

"We've seen the social media posts and videos of what actually occurred in the restaurant and I've got to say that behavior is just completely unacceptable. Right now Popeyes is telling us that they do not want any further police involvement but in Harford County, we are not going to tolerate that kind of behavior because it encourages people to do it again so we are continuing to investigate and if we can charge somebody in those incidents, we will," said Davis.

Unlike a deadly incident at the Popeyes in Oxon Hill Monday night, Davis said none of the incidents in Edgewood were directly linked to the chicken sandwich.

No one reported injuries in any of the three incidents.

WMAR-2 News has reached out to Popeyes corporate office for comment and received no response. Management inside the store also declined comment.