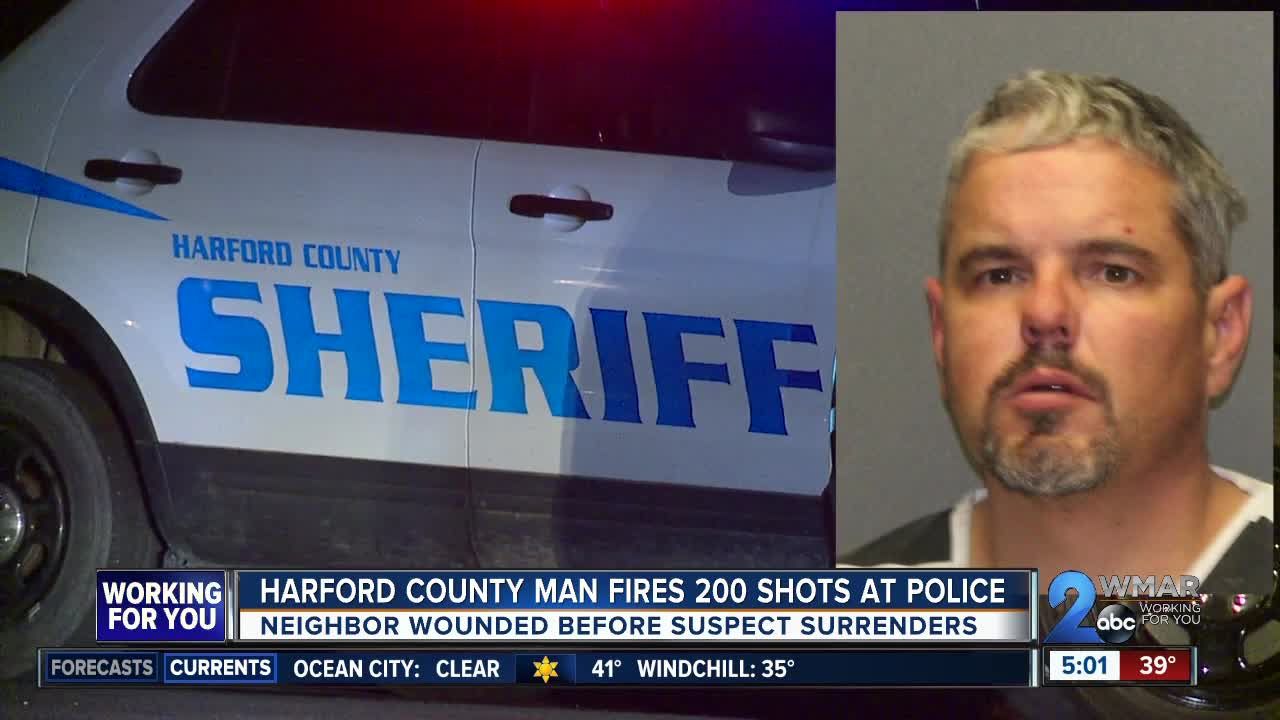 A Street man has been arrested after he ambushed and shot at Harford County deputies after they responded to a call for service at his home. 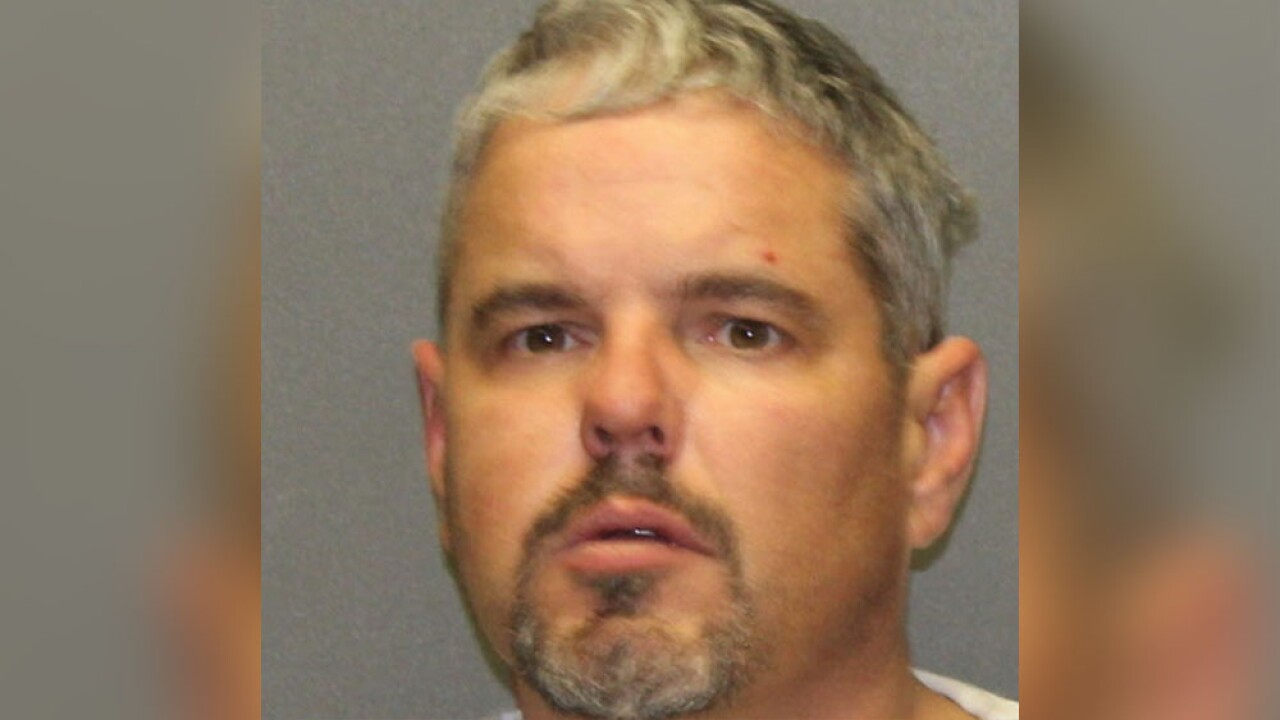 HARFORD COUNTY, Md. — If it hadn't been the night to set his trash out, 59-year-old Bobby Schell wouldn't have been outside backing his truck down the road in front of his home in Stark to drop off his cans, right in the line of fire.

"Took the first two out and that's when I heard gunshots going off and I felt something on my right knee,” said Schell, “He grazed my right knee and then I went running around the other side of the truck and then I got hit in my right scrotum."

Only later would Schell learn his neighbor, 43-year-old Benjamin Murdy, had opened fire from across Oak Ridge Drive on Harford County Sheriff's deputies who had pulled up to check a report from Murdy's girlfriend that he had shot and killed her dog during a dispute.

She had left the home with two small children before Murdy turned violent.

Schell found himself pinned down for cover behind his truck, which ended up riddled with bullet holes.

"I just crouched down behind my tire and my front headlight, in that area, because it had the most space blocking me from whatever was going on, because I couldn't see what was going on to tell you the truth," said Schell.

The gunman ultimately called 911 and arranged for his surrender.

"We're familiar with him,” said Gahler, “He's been the subject of a couple of protective orders from a previous relationship and then I think from the current one. I'm not up to spec on all of those, but he had made statements in there that he would take out police if they ever came to the house."

Just bold talk from a man with a short fuse until the night an argument would set him off taking aim at anything that moved in the dark of night.

Additional charges are possible, pending the outcome of the investigation. Murdy is currently being held at the Harford County Detention Center without bail.

Murdy appeared in court on Friday for a bail hearing and will continuing being held without bail.

Anyone with information about this crime is asked to call the Harford County Sheriff’s Office Criminal Investigations Division at 410-836-5436. Those who wish to remain anonymous may report their information by calling Crime Solvers at 1-888-540-8477.

If the information you provide leads to the arrest and indictment of the individuals responsible for this crime, you may be eligible for a cash reward up to $2,000.