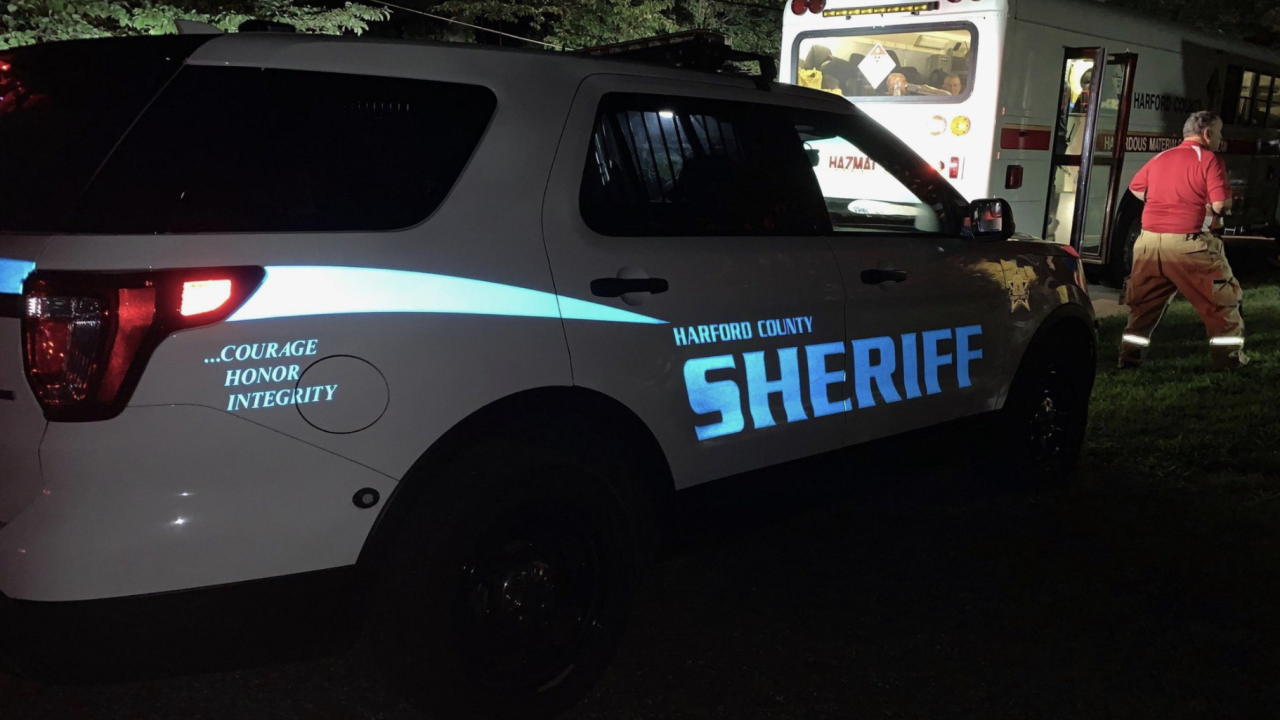 HARFORD COUNTY, Md. — A Harford County Deputy is out of the hospital following a hazmat emergency, inside a home Tuesday.

Just after 7 p.m., deputies in Forrest Hill were called to the 2600 block of Chestnut Hill Road to investigate a possible death.

An arriving deputy entered and was immediately overcome by a strong chemical like odor.

He was taken to University of Maryland Upper Chesapeake Medical Center as a precaution.

Other responders found a man dead inside. The cause is unclear and pending an autopsy, but investigators don't believe foul play was involved.

He was not publicly identified.

It turns out the smell was caused by high levels of moisture absorbing materials inside the home.

The Sheriff's Office didn't specify what those materials were.