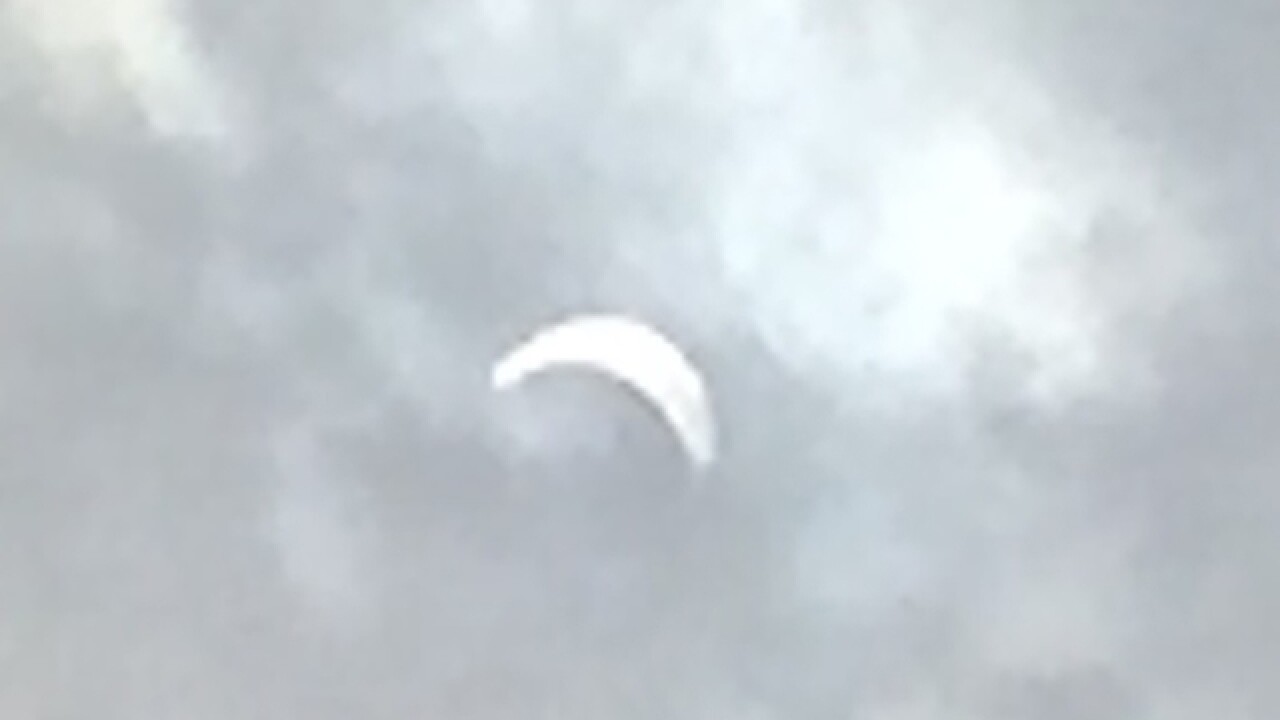 Copyright 2017 Scripps Media, Inc. All rights reserved. This material may not be published, broadcast, rewritten, or redistributed.
Jeff Hager/ABC2 News 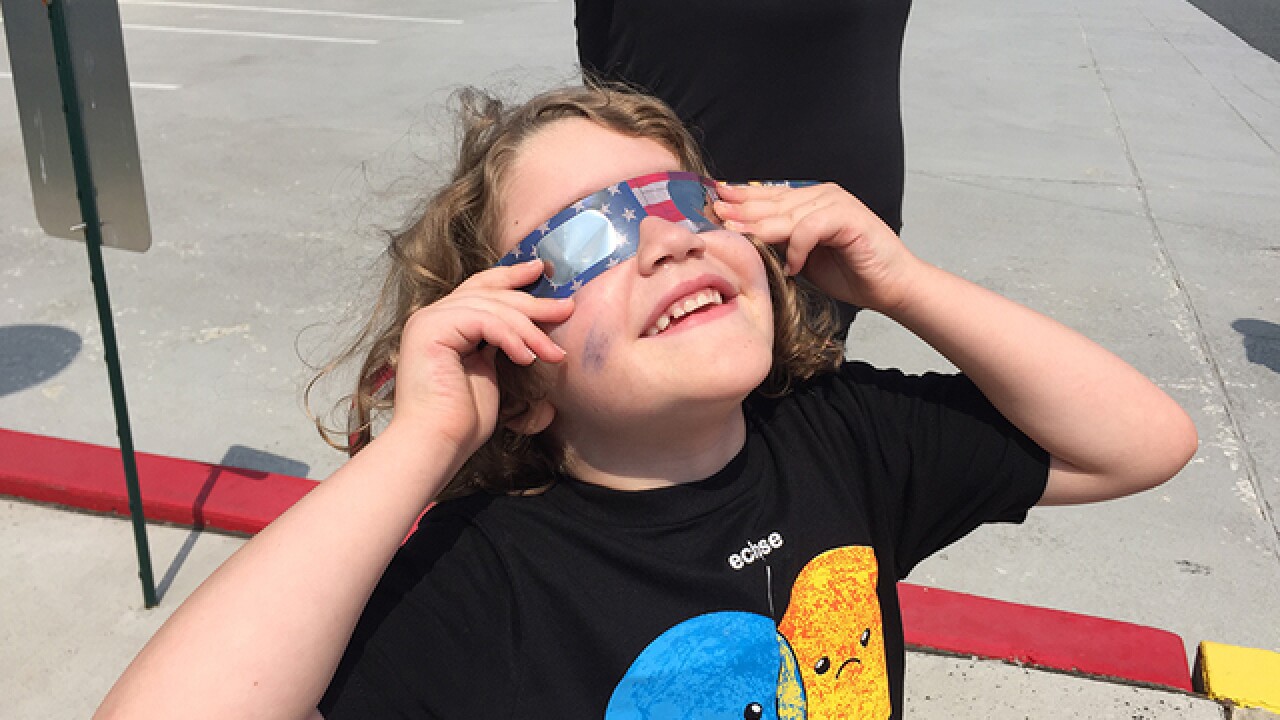 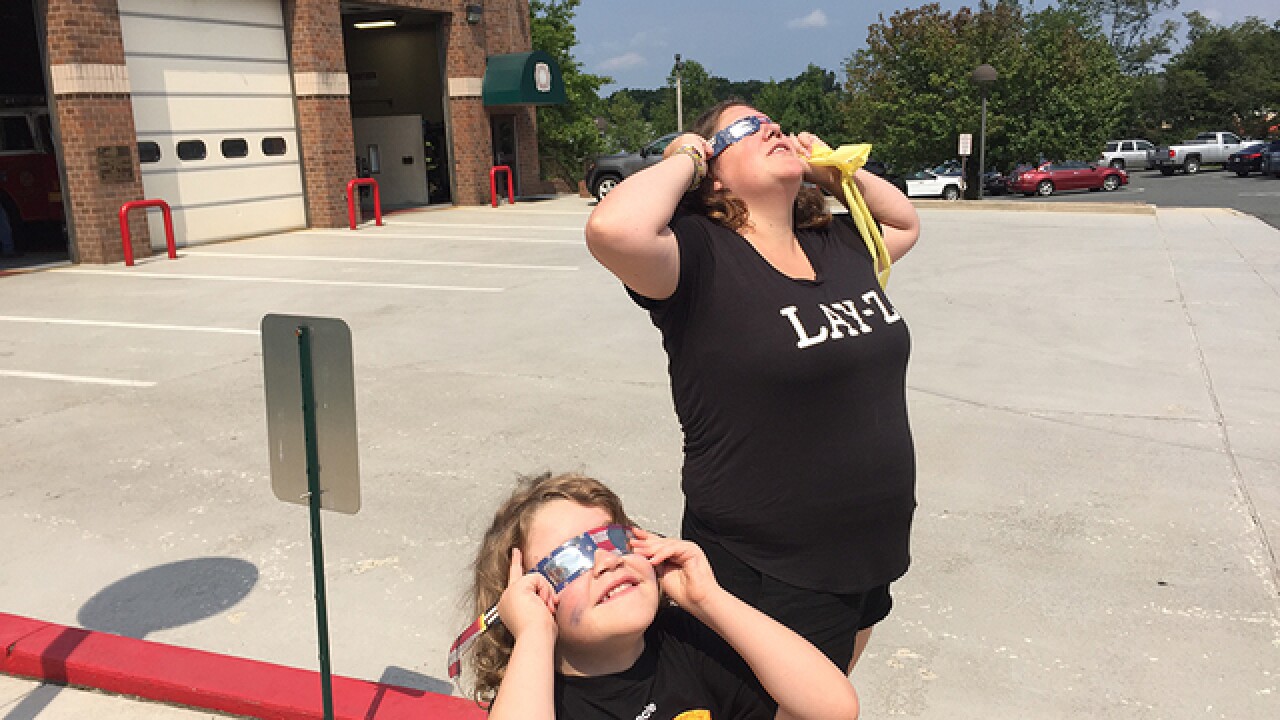 By: Jeff Hager
Posted at 6:11 PM, Aug 21, 2017
With the moon slowly inching its way into position, excitement was building inside the Joppa-Magnolia Fire Hall where children launched handcrafted rockets.
"It's from Greek mythology from a long time ago,” said 10-year-old Blake Ruszala. “Somebody tried to build wings.  So we're building rocket ships."
With a live feed of the solar eclipse serving as a backdrop, children as young as three years old crafted marshmallow constellations and construction paper eclipses, while getting a crash course in the real thing.
"The sun moves and the moon move around the Earth and the moon always moves behind the sun,” explained 7-year-old Alyson Vannostrand.
By now, you've probably heard of STEM or science, technology, engineering and math, but add an "A" for art and the company behind this event is adding some STEAM to this eclipse watch party.
"We're sneaking in the science and the reading and the math and the arts in there, and they don't even realize it," said the organizer of the event, Erin Vannostrand. "We're preparing them for careers that haven't even been invented yet so we're trying to give them these 21st century learning skills that are essential."
Part of the education on this day includes how to deal with some real world problems.
"If you look at it you might get blind, and you have to use special glasses to look at the eclipse," said Ruszala.
Special glasses that originally would have given these children a bird’s-eye look at the event, which turned out to be fakes at the last minute.
"We did get some in and they were actually on the list of unapproved eye gear so I had to not let the kids use that because the safety of the kids is first," said Vannostrand who owns Challenge Island, the company that provides learning adventures.
Not to be deterred, a handful of parents came up with some protective eyewear of their own, and for children who didn't catch a glimpse of history in the making, this event carried its own silver lining.
"We get to make new friends and we get to have fun,” young Alyson reminded us.
Organizers say they tried to contact the company, which delivered the bogus glasses, but both their telephone and email were no longer in service.
Copyright 2017 Scripps Media, Inc. All rights reserved. This material may not be published, broadcast, rewritten, or redistributed.