Bill to be introduced for school use 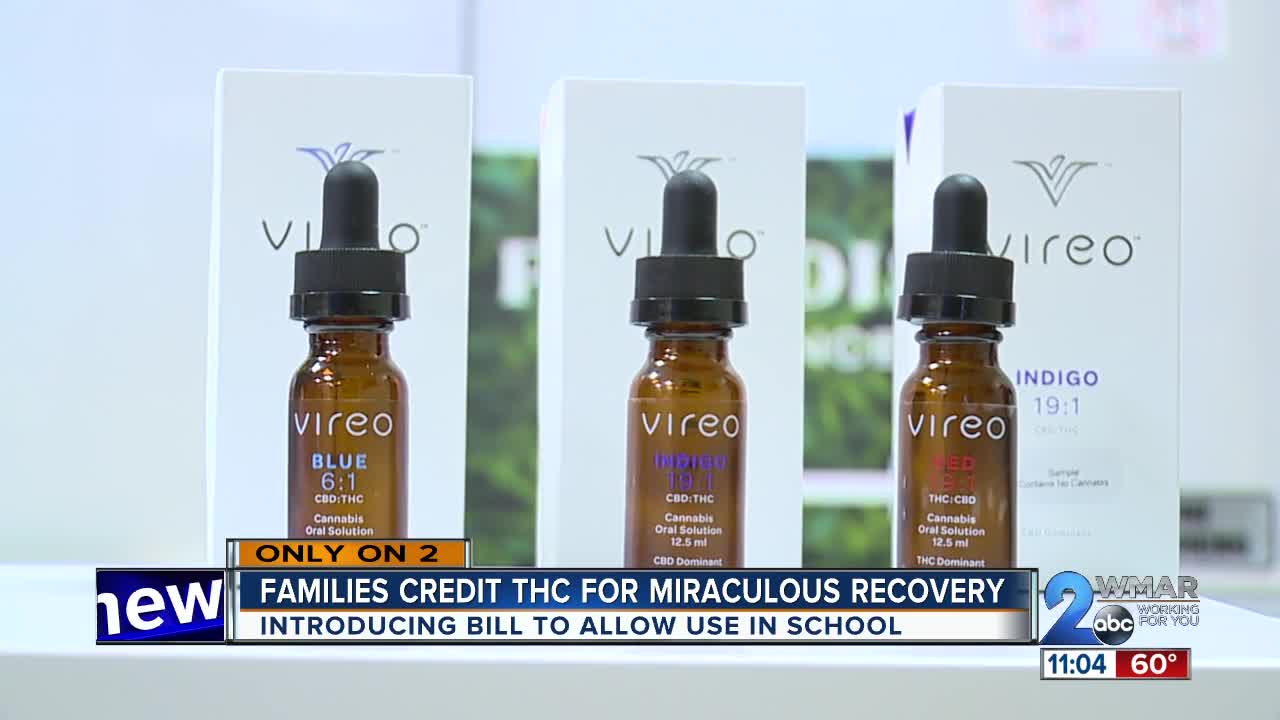 A 15-year-old with a rare stomach disease started using medical marijuana a year ago. He's had great results and now he is working with a lawmaker to make it so students can access it in school like any other medicine.

HAVRE DE GRACE, Md. — Connor Sheffield picked up skateboarding about a year ago, and it's around that time that his life turned around.

“I was confined to my house with feeding tubes and I couldn’t really go out and hangout with my friends because I had to worry about pains and nausea," Connor said. "I don’t really have to deal with that anymore."

“A very large portion of my intestinal tract, my gastro intestinal track doesn’t exactly work like the way that the rest of everything should,” said Connor.

I first met Connor and his parents about a year ago.

He couldn’t eat without a feeding tube, but despite that he was excelling in his racing division and raising awareness for others who suffer from the same disease.

His health started to worsen and the numerous medicines he was taking weren’t working.

“He couldn’t maintain a weight, he was dropping,” his mother Tricia said. “It was that time when we felt we had nothing else— nobody had anything for us. That’s when we decided to try the cannabis. But I’m going to tell you that was not an easy decision for us because I was like everyone else and I was against it.”

Connor is one of 189 minors certified to use medical marijuana in Maryland.

“I never get high with it,” Connor said. “I just lose the pain the nausea and I feel normal.”

Normal is something the Sheffield’s hadn’t seen in a long time.

“He’s out there being a normal teenager, without that he was just sheltered in the house,” his father Michael said.

His doctors noticed he's put on some much-needed weight-- and he hasn't used a feeding tube or any other medicine since he started using the oils.

Bonita O’Callaghan-Peck is a manager at Nature’s Care Wellness dispensary.

“They were here just to find a way to help him be happier, we started him on a very low low dose," O'Callaghan Peck said. "Cannabis is something that we can use to help people without giving you that high effect.”

She said the family didn’t have high expectations when they first came in but they are all shocked by the results.

“CBG helps with gastro issues,” said O’Callaghan-Peck. “It’s one of the things that has worked well with Connor specifically. We work with the plant to find all of the different chemical compounds within it and use that for healing. Instead of turning to chemicals or pharmaceuticals we’re able to use an all-natural plant to help people’s bodies heal.”

In the past most of Connor's time at school was spent through a video monitor that he tuned into from his bedroom.

Now he’s back at school, but it is illegal to have the medicine that he takes every four hours on campus.

“We have to leave work we have to go up there sign him out take him off school property into our car administer the oil,” Michael said. “Let him get a swig real quick of water walk him back into school and sign him back. That's time he’s missing class.”

A third of the states that allow medical cannabis have already passed legislation to allow nurses to administer it in school like any other medication.

“We accommodate to allow students to take a wide variety of medication in schools, but we just have no established policy for this,” Del. Mary Ann Lisanti said. “ What this bill does, It’s non descriptive and it basically brings the decision makers together.”

In the next legislative session Del. Lisanti will introduce a bill called “Connor’s Courage” aimed at allowing students like Connor to have access to medical marijuana through the nurses office like any other medicine.

“As far as the state we issue minors the license, but no one thought to the next logical conclusion of well those youngsters may have to go to school.”