All Harford County middle, high schools to get SROs

Executive Barry Glassman announced he is adding $1.2 million to the 2019 budget to expand the student resource officer program in all middle and high schools. This will also include upgrades to cameras, radio coverage, and mental health programs in the county. 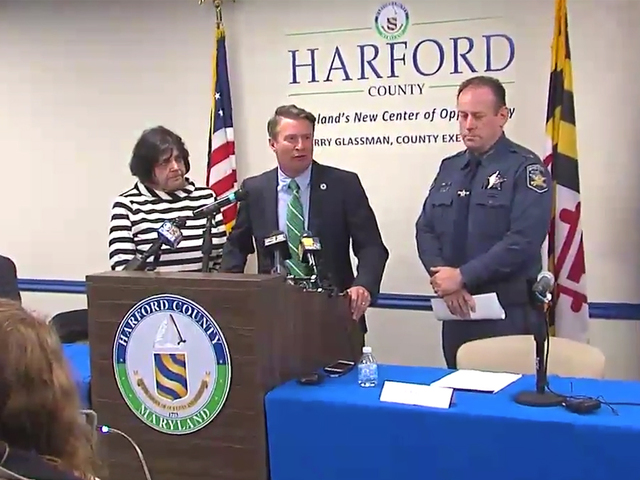 Glassman said these considerations began the day after the deadly shooting in Parkland, Florida.

During the conference, the Sheriff also announced that they are adding seven SRO positions to make sure that all the middle and high schools in the area will have additional security.

Also talked about in the conference was security at elementary schools. They will not have assigned SROs, but officials said they are working on creating more classrooms with locked doors instead of open classrooms with little to no protection.

WATCH THE FULL CONFERENCE BELOW: