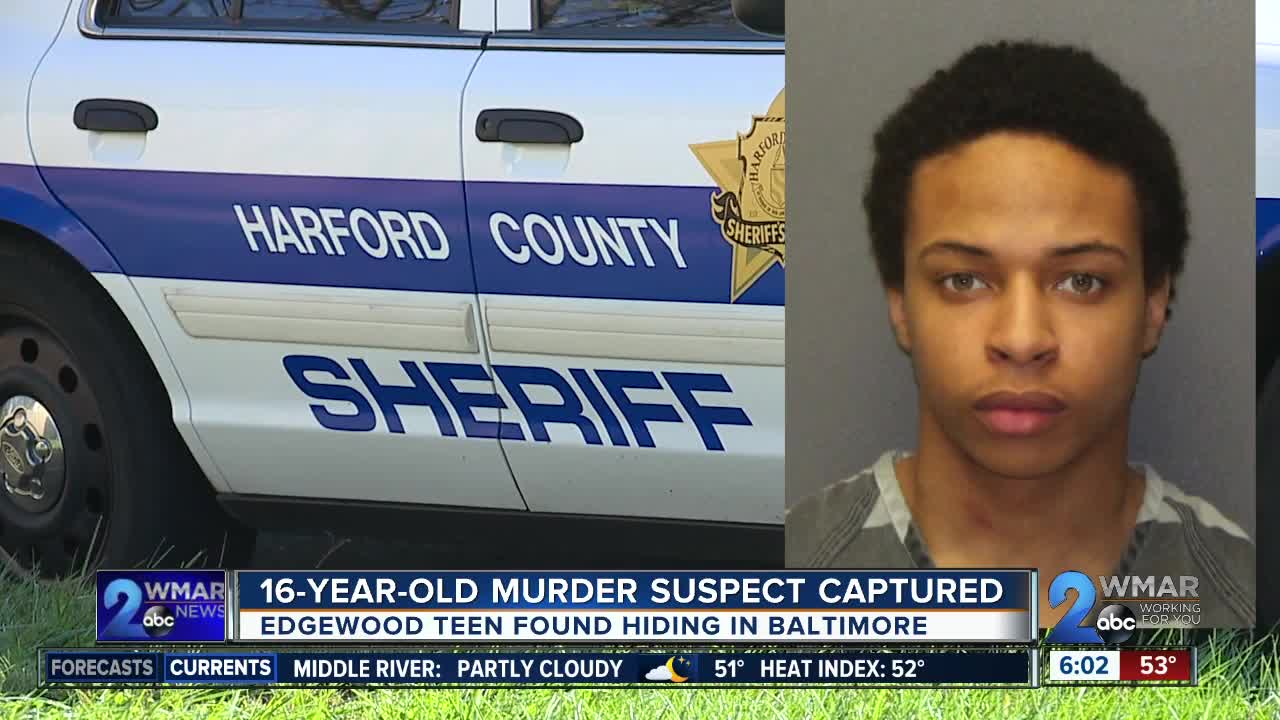 Deputies on foot patrol heard a single gunshot and found Crouse laying in the street.

RELATED: Man shot to death Friday morning in Edgewood, survived an arson that killed 3 people back in May

The Sheriff's Office was offering up to $10,000 for information leading to Miller's arrest, but no one offered up information to try to claim the reward.

A break in the case came when a deputy arrested the suspect's father, Anthony Martin, Sr., over the weekend on an unrelated outstanding warrant, giving his son one less place to hide.

On Wednesday evening, with the help of officers from Baltimore City and Baltimore County, deputies tracked down the wanted teen as he came out of a vacant home on Rockrose Avenue at the base of TV Hill in the city and arrested him without incident.

He's currently being held without bail.