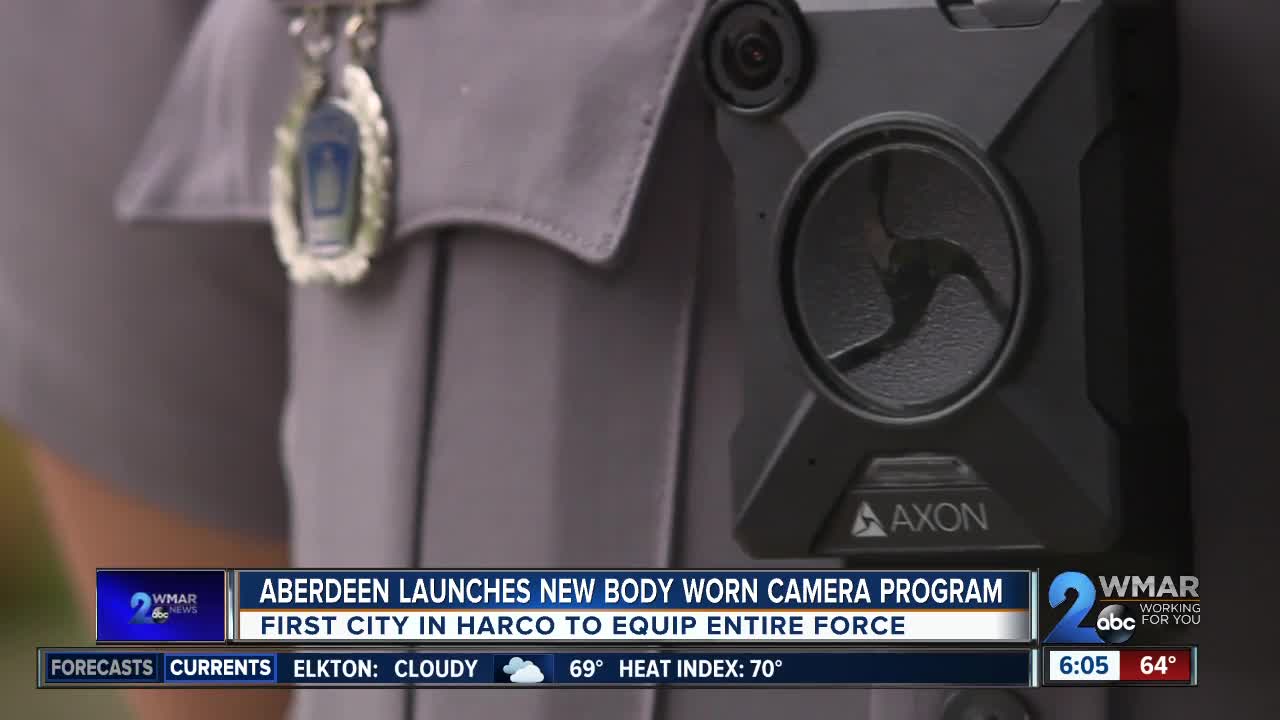 ABERDEEN, Md. — For the Aberdeen Police Department, body worn cameras were a no-brainer.

"It was a very easy sell to our city council, and they have been very supportive, the mayor and city council, they wanted us to have these tools and it was critical in their eyes," said Aberdeen Police Lieutenant William Reiber.

Because even though Aberdeen is a much smaller department without many of the struggles of a larger agency like Baltimore city, transparency in policing is not just a valued tenet for government, but for the citizens too.

"It provides a level of protection not only for the police officer but also for people in the community,” Reiber said. “So this works both ways. It is protecting the public and it is protecting our police."

Officer Candace Markiewscz is one of two Aberdeen officers who've been outfitted with the cameras for the past few of weeks; a test run before the full roll out beginning Monday.

She says she watched bigger departments get these cameras first and was hoping she'd wear one as well...so too it turns out, were the citizens.

"When I had it for the month, I had a lot of people requesting me specifically on calls because they knew I had the body camera and they wanted to see it out there," Markiewscz said.

Aberdeen’s new cameras are identical to other departments like Baltimore city; an axon chest mounted camera.

Aberdeen will outfit 40 plus officers at ranks sergeant and below.

Each will get two cameras to cover their 12-hour shifts and, with take home cars, their commutes to and from work; full coverage -- full transparency.

"I think what is going to be great about this is you are going to see what police experience on a day to day basis so when there is those complaint calls and things like that, you’re actually able to see clearly what happened," Reiber said.

All officers on the force should have their cameras by Labor Day.