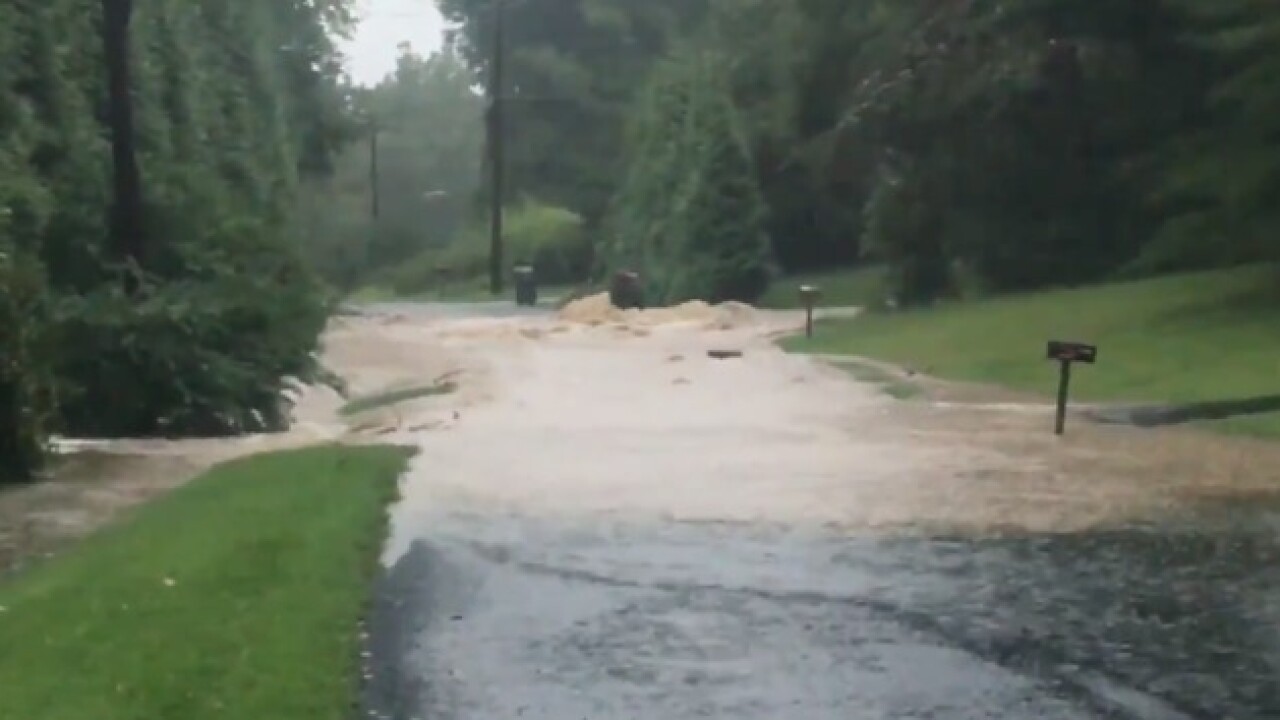 Maryland State Police are continuing to search for more victims that were swept away by swift water Friday evening.

According to witnesses, at about 6 p.m., in the area of Route 136 and James Run, a vehicle with up to two occupants became disabled on the Broad Run Bridge due to rushing water that had submerged the vehicle up to its roof.

A truck with a man and a woman pulled up to the scene and attempted to assist.

Based on early investigations, the woman and man from the truck retrieved a rope and tried to help the people that were stuck on the bridge. At some point, the woman trying to assist fell and the man who was with her helped her up only for her to fall again before being swept over the bridge and into the rushing water of Broad Run.

The driver of the truck was able to drive to an adjacent quarry in search of the woman and then found assistance from those in the area, who ended up calling 911. The witness that was on the phone with the 911 operator watched the disabled vehicle go over the side of the bridge and get swept down Broad Run.

A vehicle was located later in the evening about a quarter of a mile from the scene, but high water conditions made it too difficult to confirm whether it was the vehicle from the bridge and whether any of the victims were inside of it.

Maryland State Police ended the search efforts at about 11 p.m. on Friday and resumed efforts at 7 a.m. Saturday morning.

However, at about 8:30 a.m., on Saturday, investigators recovered the body of a man from the sedan with the assistance of the Harford County Technical Rescue Team. The man was later identified as Daniel Samis, 67, of Abingdon, Maryland. It was initially believed that there were two people in the sedan, but, after further interviews with witnesses and the victim's next of kin, investigators are led to believe that he was the only one in the vehicle at the time that it was swept away.

The female Good Samaritan, along with any additional people who may have been in the disabled vehicle, have not been located and search efforts for them continue.

Identities of the body found in the sedan along with those of the other potential victims are being withheld at this time pending family notification.