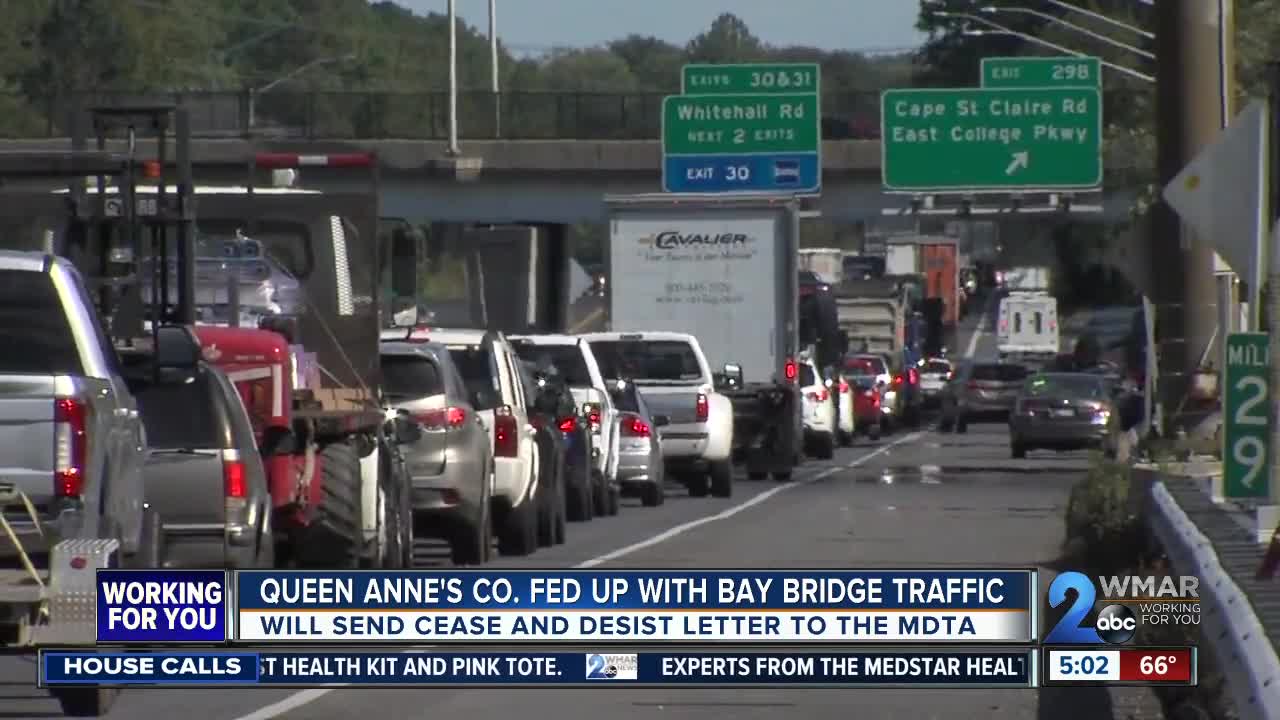 Since the re-decking project on the Bay Bridge started a couple weeks back, it's been nothing but headaches.

QUEEN ANNE'S COUNTY — Since the re-decking project on the Bay Bridge started a couple weeks back, it's been nothing but headaches.

All caused by traffic jams that took drivers sometimes two hours to travel something that used to take 20 minutes. When the MDTA started two way traffic on the Westbound bridge, traffic backed up for miles on Kent Island.

Trucks, RV's and even people in big pickup trucks were stranded on the Eastern Shore for hours because they couldn't go over the bridge.

Now, Queen Anne's County Commissioners will give a cease and desist letter to the state to stop any two way traffic on the bridge that leaves Kent Island grid locked.

"A lack of trust and a lack of confidence in MDTA. I just don't feel that they, you know they are a division of State Highway that doesn't answer to anybody in my opinion and that was evident at the board of public works," said. Jim Moran, Queen Anne's County Commission President.

The MDTA has not responded to officials yet about how to improve the traffic situation.