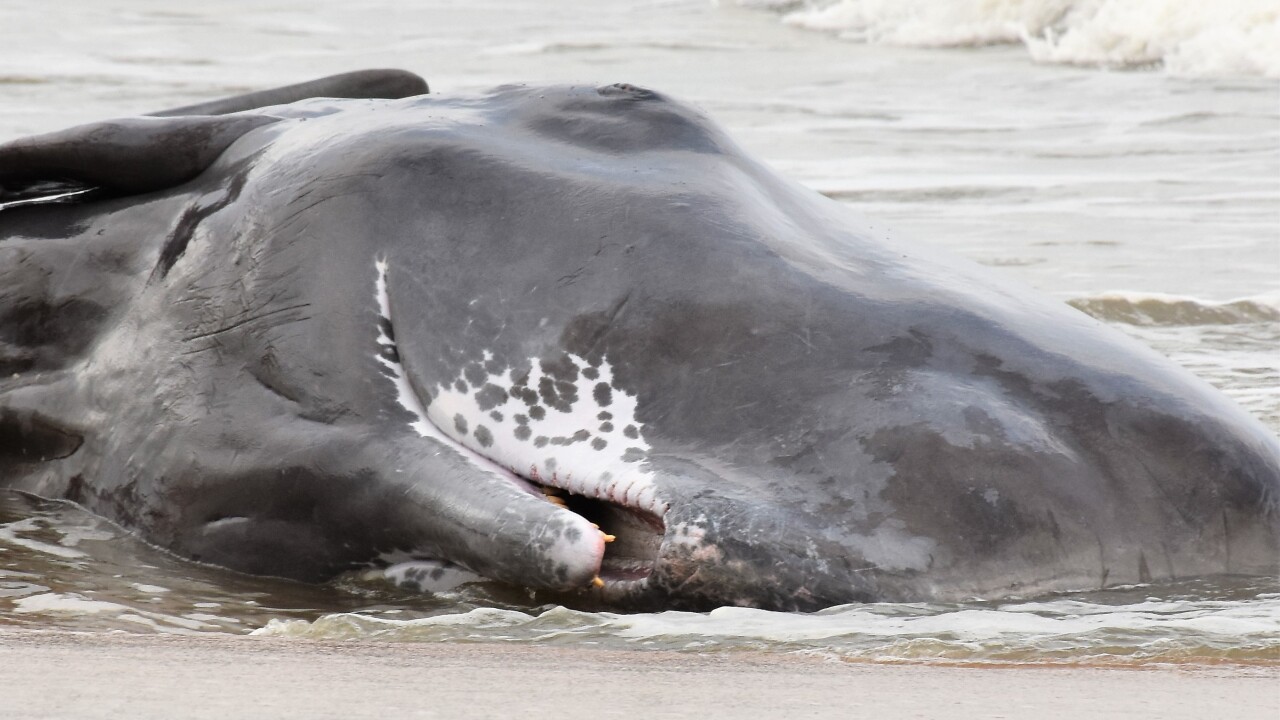 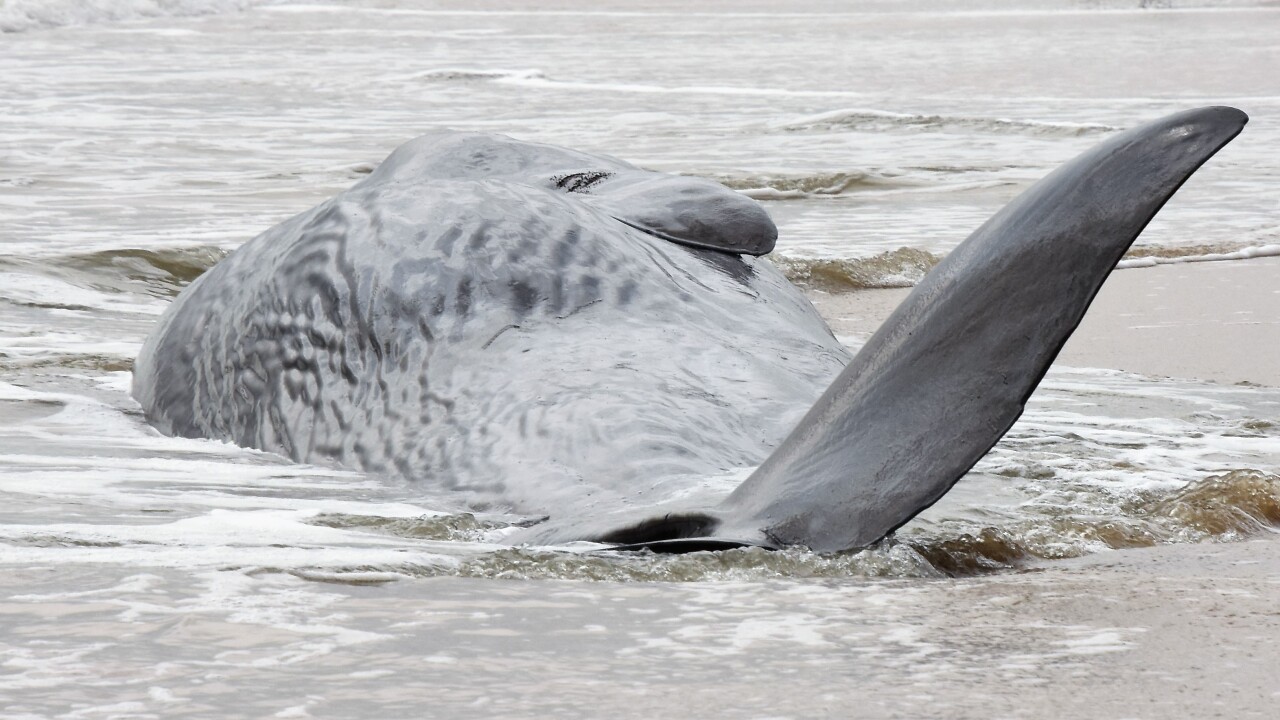 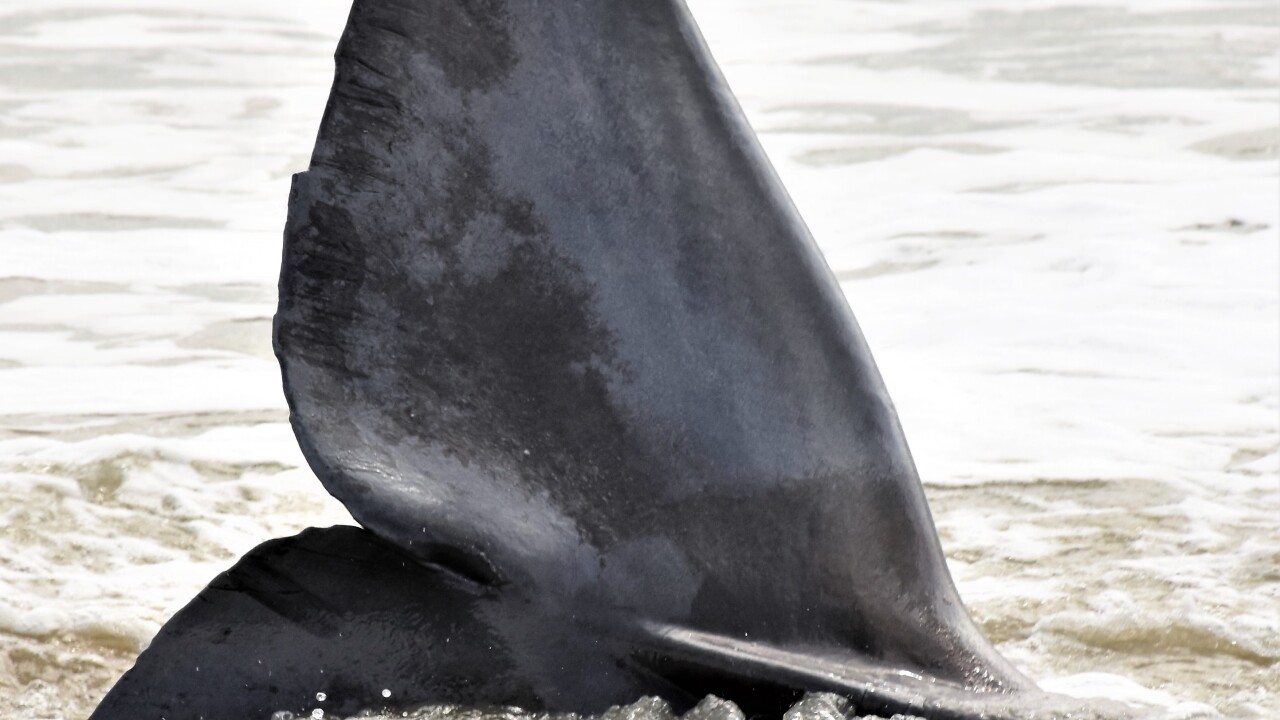 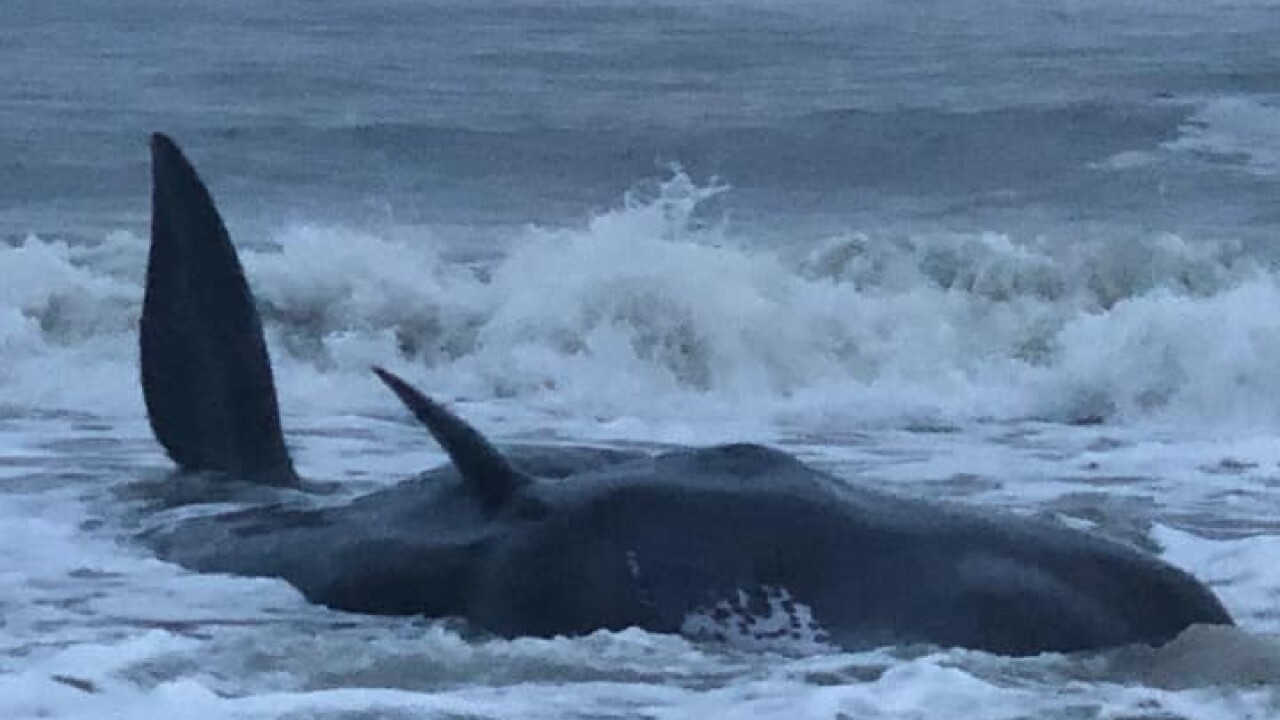 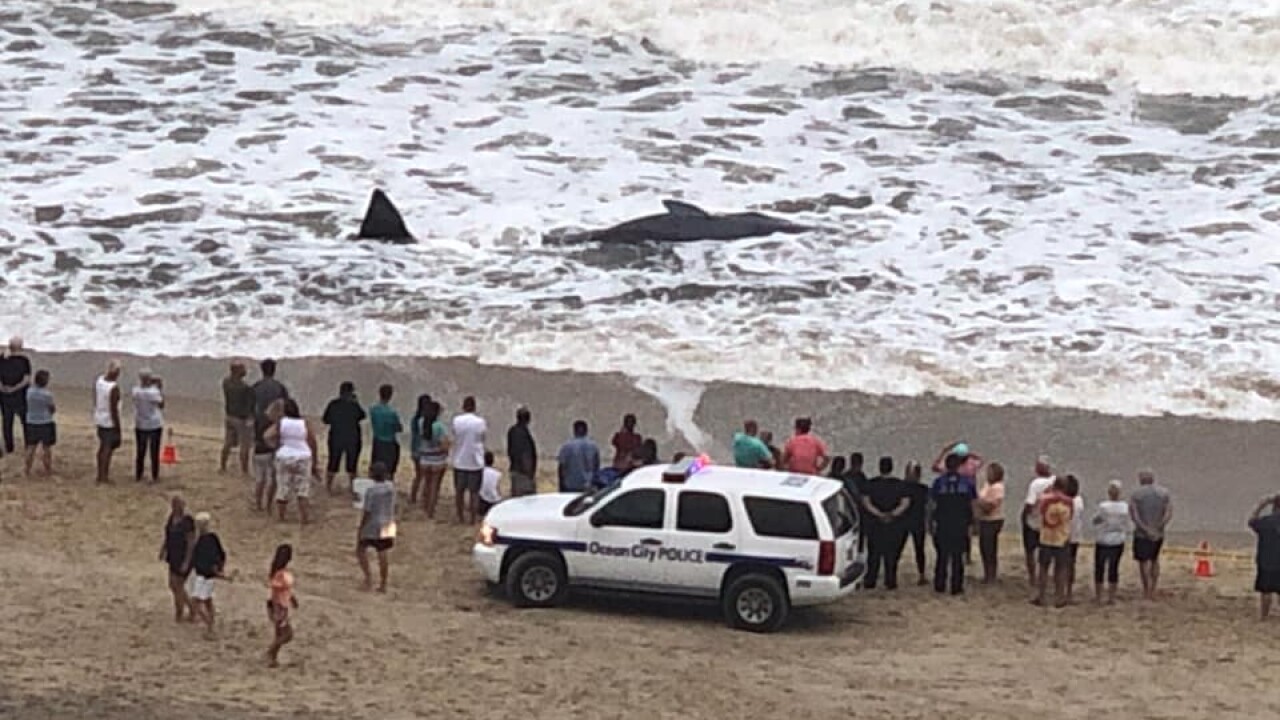 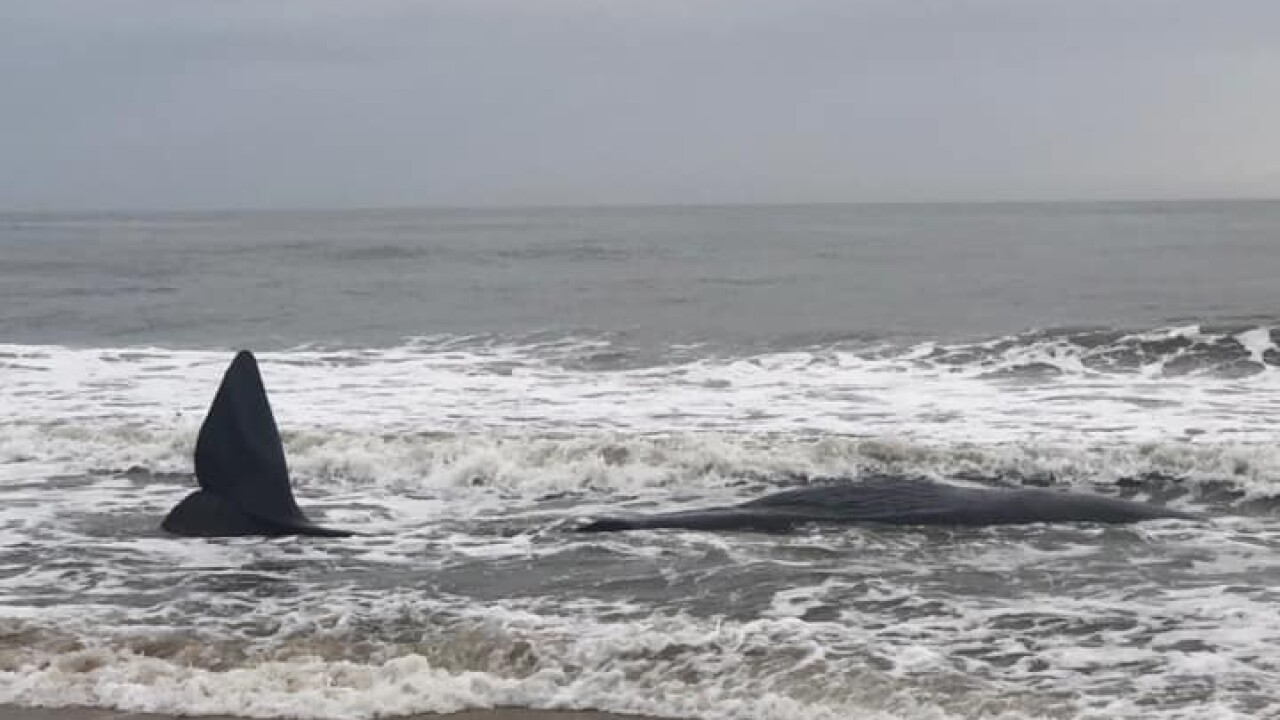 The National Aquarium dispatched a small team to Ocean City following the report of the whale being stranded. They learned that the whale was reported along the shoreline at approximately 6:45 a.m.

The Aquarium said they have determined that the juvenile sperm whale has died.

The Maryland Department of Natural Resources, in cooperation with Ocean City Police will remove the whale from the beach.

They will also perform a necropsy to learn more about the animal and why it stranded.

It appears to be extremely underweight. The National Aquarium is working with Ocean City Police and the Town of Ocean City to manage the scene and determine the proper path forward for the whale.

Whenever you see an animal like this in distress, the National Aquarium said the best thing you can do is give it space and immediately contact a trained wildlife first responder.