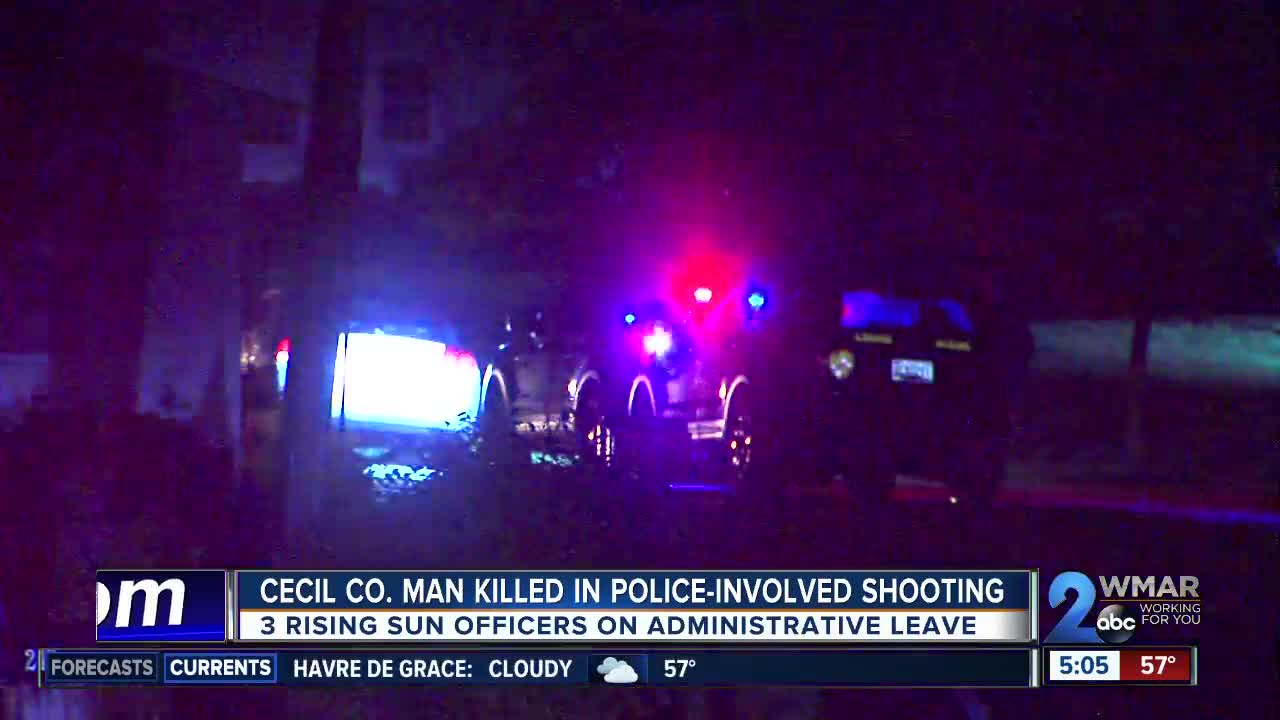 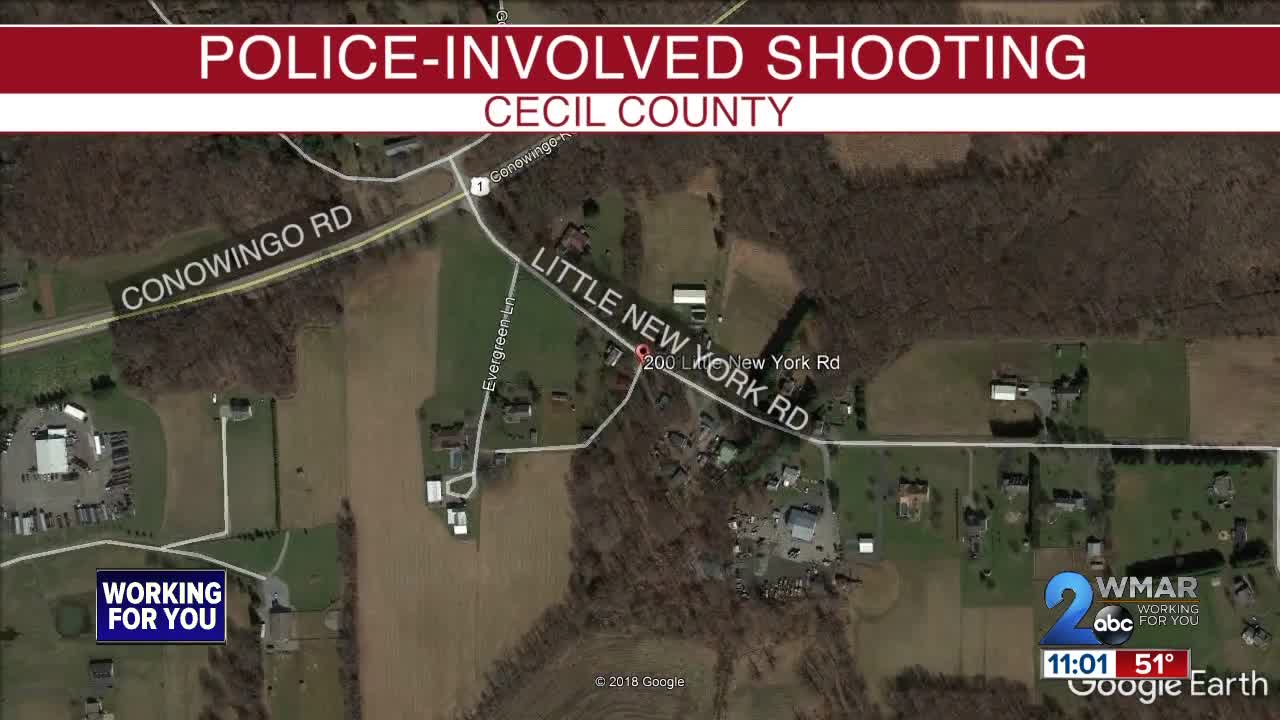 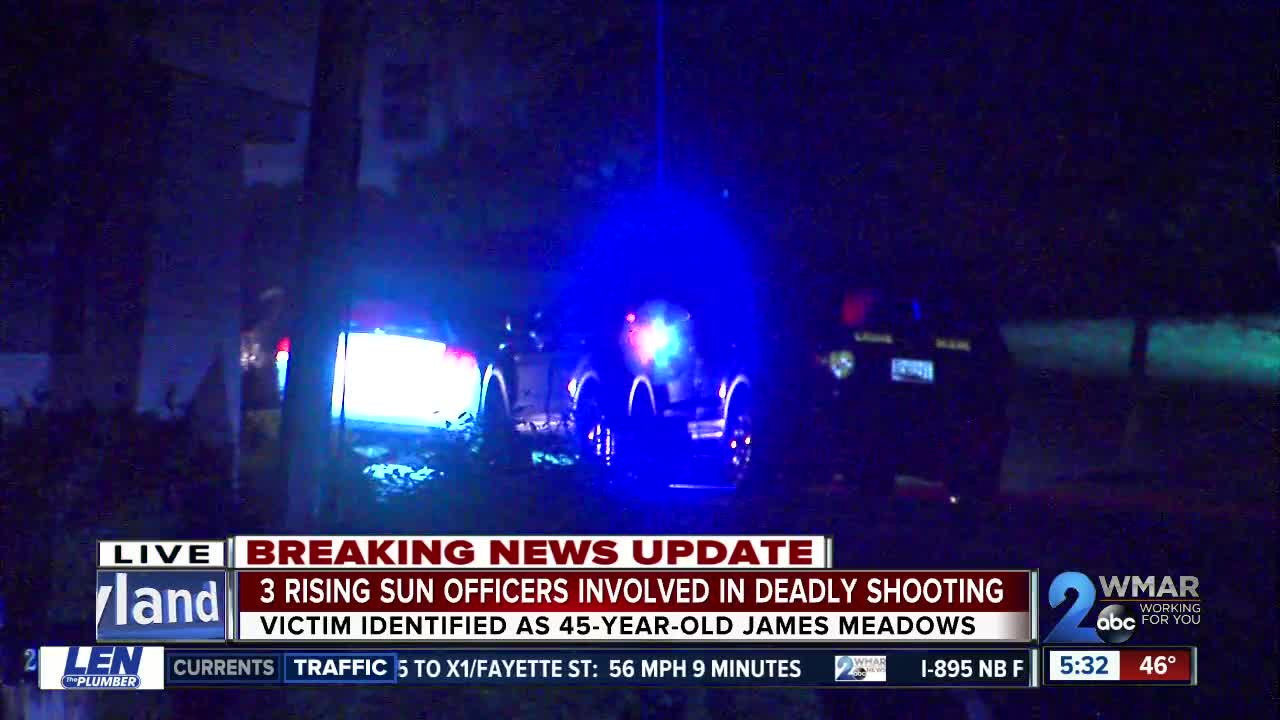 RISING SUN, Md. — A man is dead after a police-involved shooting in Cecil County.

It happened on Monday just before 7 p.m. at a home on the 200 block of Little New York Road in Rising Sun.

Authorities initially received a call about an armed suspect with possible hostages.

According to Rising Sun Police Chief Chip Peterson, when the three Rising Sun officers got to the home, they found 45-year-old James Meadows with a gun. Meadows then started to physically fight with another man in the home.

"As the officers started to approach, they called out to the individual numerous times. He did not respond to their calls to drop the weapon. Instead he turned towards them," said Peters.

Peterson said the officers felt a threat to themselves and the other man inside so all three fired multiple shots, killing Meadows.

"When I heard what happened, it just broke my heart," said a neighbor who didn't want to be identified.

He said Meadows grew up on the street and attended his church. He called him a nice and hard working guy. Peterson said he knew who Meadows was from the work he did with the town's maintenance crew.

"It's a small community. We pretty much know everyone in this area," said Peterson.

He said there hasn't been a police-involved shooting in town in at least 30 years, and all three officers involved are now on administrative leave.

"Being involved with the loss of life can be traumatic for anyone. The care of the officers is paramount with us. It's not something that you simply do and come back to work tomorrow," said Peterson.

Peterson said he's not releasing their identities at this time but they are 33-year, 22-year and 3-month veterans of the force.

Because the department is so small, Peterson is down half his staff ,but he said calls are still definitely getting answered.

"The Maryland State Police and the Cecil County Sheriff's Office will assist us in the daily patrols of the town of Rising Sun," said Peterson.

Maryland State Police and the Cecil County State's Attorney's Office are investigating the shooting as the Rising Sun PD conducts an internal review.

Peterson said body-worn camera video from his officers is available to assist the investigations.