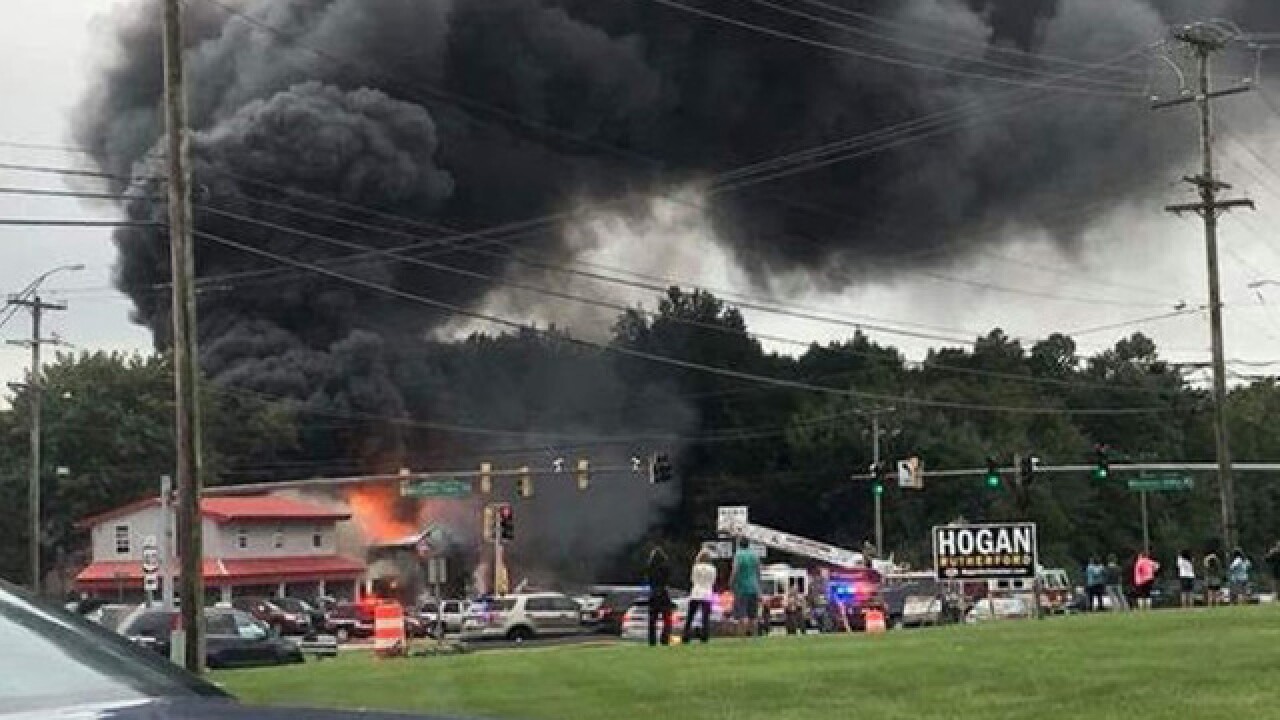 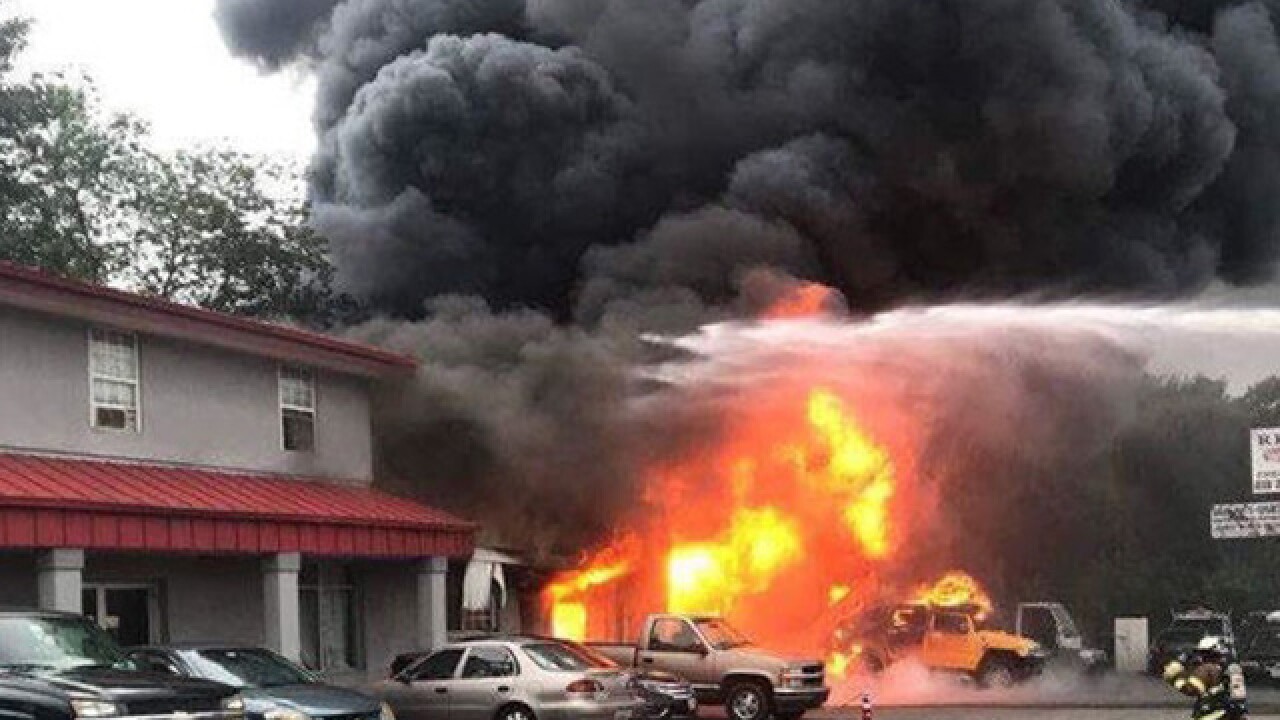 A team of Deputy State Fire Marshalls are continuing to investigate the cause of a three-alarm fire that happened at Reb’s Used Cars in Cecil County.

At about 4:15 p.m., a trooper from the Maryland State Police Aviation Command was the first to arrive and observe the heavy fire that was within the detached garage of the used auto dealership. The fire quickly spread throughout the garage and investigators contribute the fast moving fire to an open garage door and to the large amount of tires and flammable products throughout the shop.

The business, which is owned by David Carder, consists of a 40’x 60’ detached garage, a two-story building with offices on the first floor and three apartments that are on the second floor. There was also a vehicle in the garage at the time of the fire.

Nearly 50 firefighters responded from both Cecil and Harford counties, as well Pennsylvania. The firefighters had the blaze controlled within two hours and they were able to contain the fire to the garage with extensive heat, soot and water damage to the adjacent office and apartments.

There were no reported injuries. A total of nine people are displaced and are being assisted by the American Red Cross and early estimates to the loss of the structure and contents are valued at nearly $200,000.