Father shoots 7-year-old son, then turns gun on himself in Cecil County 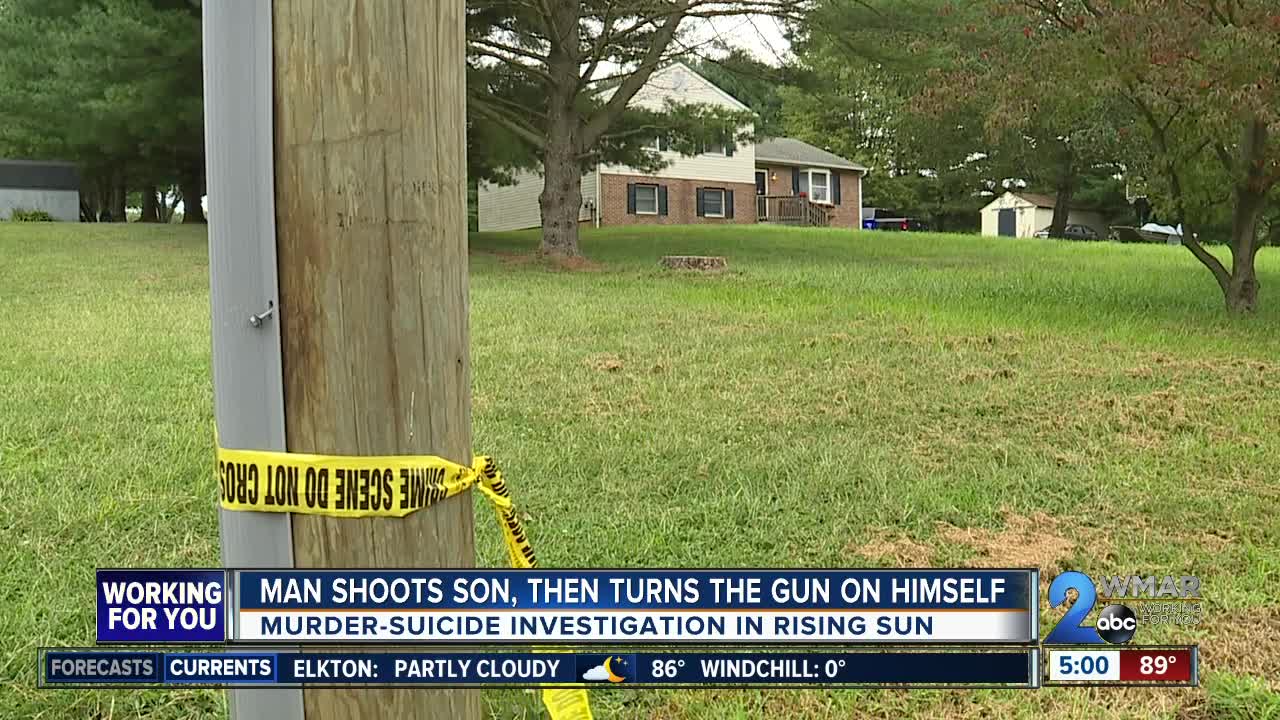 At 3:30 p.m., deputies, Maryland State Police troopers, and Town of Rising Sun police officers were called to the scene of the shooting in the 1100 block of Ridge Road, just south of the state border. At the scene, officers said they found 7-year-old Mason Holcombe with multiple gunshot wounds inside the home.

According to officials, his father, 33-year-old Joshua Holcombe was also found inside the residence suffering from a gunshot wound. He was flown to Shock Trauma Center at the University of Maryland Medical Center where he died shortly after.

Detectives said other family members who were inside the home when the shooting happened: two adults and another child.

"They did observe the incident where the male shot the child multiple times and then turned the gun on himself and shot himself," said Lt. Michael Holmes with the Cecil County Sheriff’s Office.

Holmes said those family members also described what led up to the shooting.

"A disagreement broke out, which ultimately ended unfortunately with gunfire," said Holmes.

Authorities located and seized a handgun they believe was used during the incident inside the home.

They say the investigation is still ongoing and is being handled by detectives as an apparent murder/suicide. The motive for the incident is still being actively investigated by Sheriff’s Office detectives.

The Sheriff’s Office is being assisted by the Office of the Chief Medical Examiner in Baltimore. Anyone who has questions regarding the press release may contact Lieutenant Michael Holmes at (443) 309 0201.