One dead, others rescued after explosion demolishes homes in NW Baltimore
NewsRegionCecil County

A prayerful reminder of 9/11 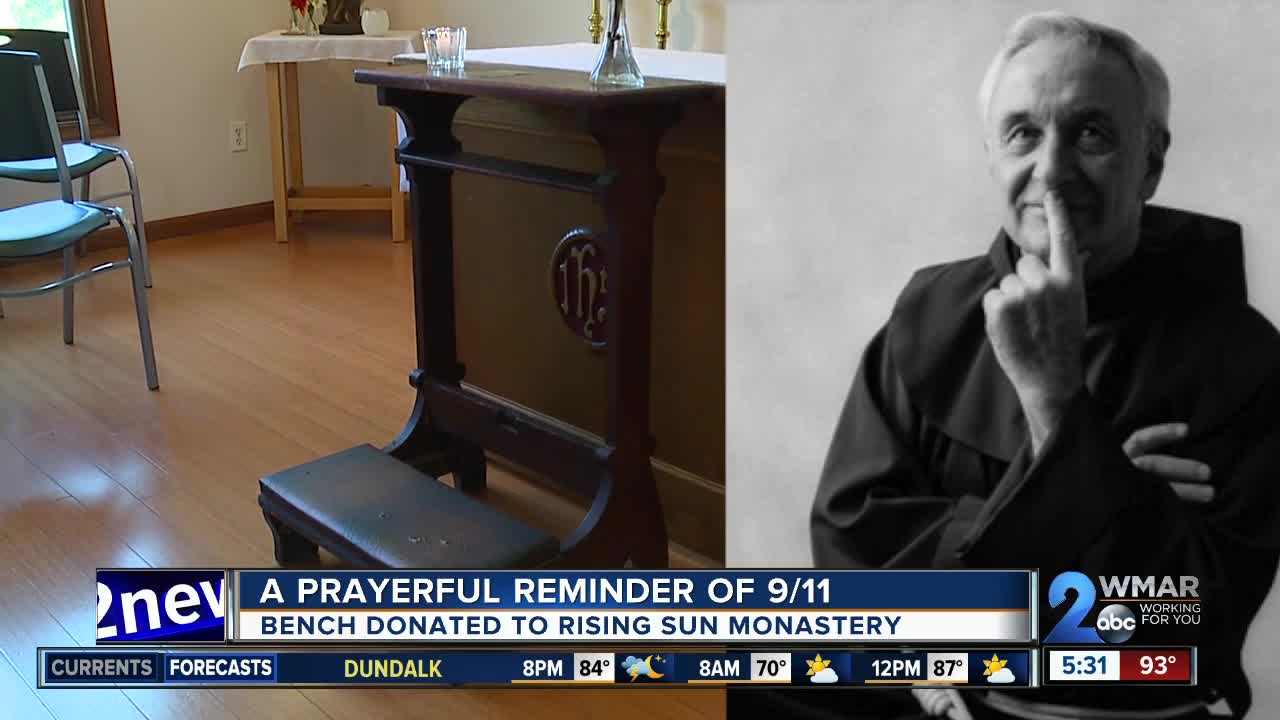 With its aged wood and well-worn kneeler, the prayer bench has found a home with the Episcopal Carmel of St. Teresa nuns in Rising Sun.

RISING SUN, Md. — With its aged wood and well-worn kneeler, the prayer bench has found a home with the Episcopal Carmel of St. Teresa nuns in Rising Sun.

"We are honoring it and keeping it safe," says Sister Teresa Irene who adds the bench came as an unexpected gift to the monastery after someone saved it from a trash heap. "Two people that I had met who were from St. Paul's Episcopal Church in Berlin, Maryland appeared with that in their car."

The sisters soon learned that the prayer bench had belonged to a Franciscan friar and Catholic priest named Father Mychal Judge who had used it when he visited his biological sisters on the Eastern Shore.

Judge is better known as the chaplain for the New York City Fire Department who died when one of the towers at the World Trade Center collapsed on 9/11.

"He is said to be the first person to die on 9/11 in the towers,” said Irene. “He was about his business of ministering and of being a chaplain when he died."

As judge's surviving sister downsized and prepared to move out of state, some helpers from the church rescued the bench before it could be disposed of.

Now, it serves as a reminder of those who perished in the terrorist attacks and those who still suffer in the aftermath, as well as the heroic role a lone chaplain played as he rushed to serve the firefighters in the last moments of their lives.

"I had an image and the image was of Father Judge leading all the first responders, especially the firefighters for whom he had been chaplain, leading them all to heaven... as their chaplain," said Irene.

Often referred to now as the Saint of New York, Father Judge served as chaplain to the New York City Fire Department for nine years leading up to his death on 9/11.