ELDERSBURG, Md. — A Carroll County apartment fire took the life of one woman on Christmas Eve.

The Sykesville Fire Department says they responded to the fire at around 9:30, after neighbors called, reporting smoke in the 900 block of Marimich Court, at the Piney Ridge Townhome Apartments.

Family members who live in the same complex told crews on scene they were able to gain entry into the apartment but had to retreat due to the smoke conditions.

“It’s horrible to think that something like this could happen at Christmas Eve,” neighbor Melissa Seabron said.

When fire crews got inside of the building, they could barely see because thick smoke filled the second floor and the fire was coming from the bedroom. The fire was so intense that 40 total units including from Winfield, Gamber, Howard County, and Baltimore County also responded. It took approximately 30 minutes to bring the blaze under control.

“When they broke the window, we saw some smoke and you could smell the smoke in the air,” Seabron said.

After containing and putting out the fire, crews found a woman identified as 47-year-old Leslie C. Geisendaffer lying on the floor of her bedroom. Neighbors say she was a mother and grandmother. Her death, hitting this small community hard, even those who didn't know her.

“You’ve already bought Christmas presents and so forth and someone lost their life and it’s just very sad. I would just say keep that family in your prayers,” Seabron said. 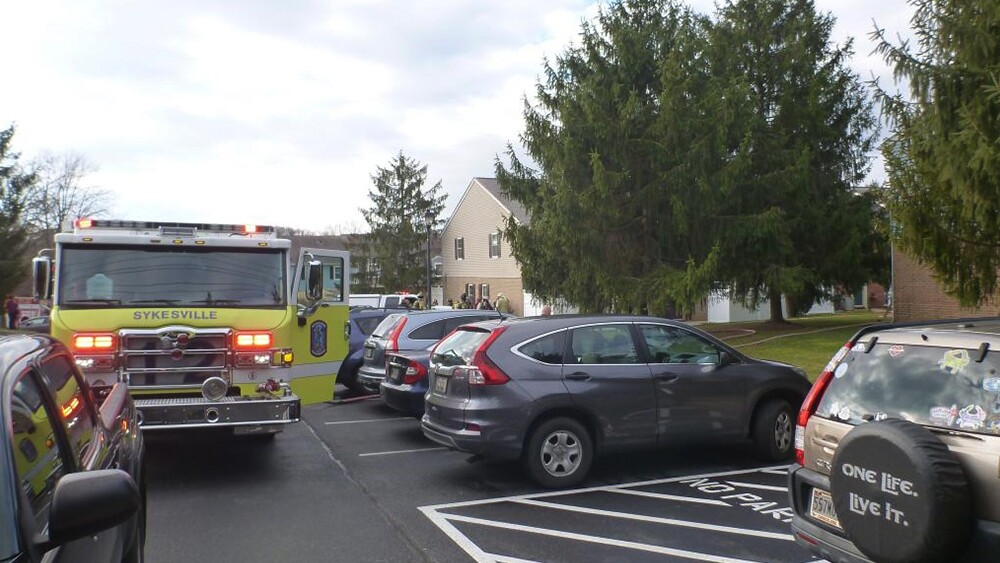 This is the first fire fatality reported in the area in more than three years. The Maryland State Fire Marshal has determined the fire originated within the bedroom. The cause however remains under investigation. Officials are also urging people to check for working smoke alarms, have an escape plan and keep Christmas trees watered.

“We see more fires in the winter time. More people are they are using alternative heating devices, space heaters, fire places are working, furnaces are working over time,” Geraci said.