McDaniel College student charged with threatening another student with a gun 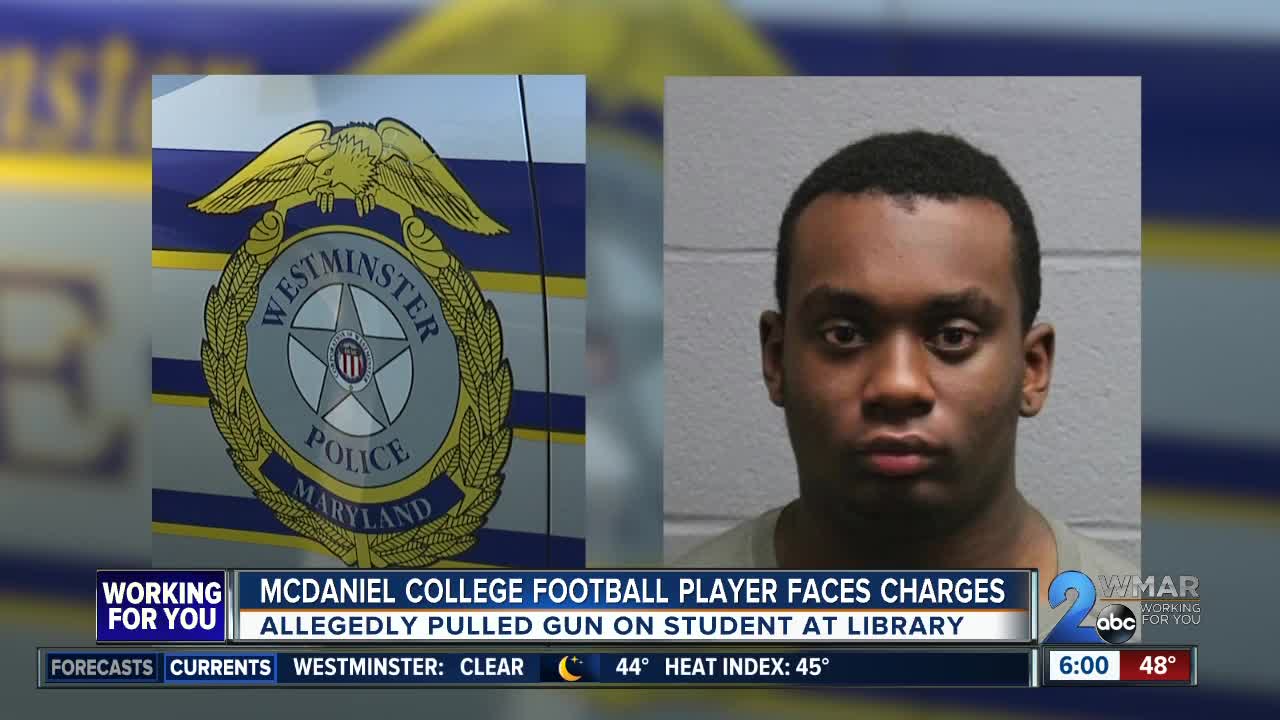 A McDaniel College student is accused of threatening another student with a handgun outside the campus library.

WESTMINSTER, Md. — A McDaniel College student is accused of threatening another student with a handgun outside the campus library.

Sean Brown Jr. is charged with assault and weapons possession.

According to court documents, Sean Brown Jr. approached another student as he was leaving Hoover Library around midnight on Wednesday. The victim said that Brown was pacing back and forth before he approached him.

The victim told Westminster Police that he didn't know the name of the student who approached him but they had had prior disagreements on campus.

Charging documents state that Brown kept grabbing at his waistband and the victim said, "If you got something, show me." That's when Brown pulled up his shirt to reveal a handgun. The victim said Brown took the gun from his waistband while still facing him and pointed the gun at the ground.

The two men exchanged words. Brown placed the gun back in his waistband and the two men went in opposite directions.

The victim went back to his dorm room and told his friends that Brown "pulled a gun" on him. The victim knew that Brown was a fellow student and a member of the football team but only knew him by his nickname. Police showed him an online football roster and he identified Brown as the person who approached him and showed him the gun.

Police also recognized Brown as one of the students they had spoken to after receiving a call about the threat outside the library. According to charging documents, he denied any knowledge of the confrontation.

Brown no longer appears on the football team roster on the McDaniel College website.

The school issued a statement about the incident:

McDaniel College issued a timely warning yesterday morning notifying the campus of the incident. McDaniel College Campus Safety officers worked with Westminster Police Department on the investigation and arrest of freshman Sean Anthony Brown, Jr. Brown has been removed from campus while the College gathers additional information to determine further action. He has also been suspended from the Green Terror football team. At this time, the College believes this to be an isolated incident.