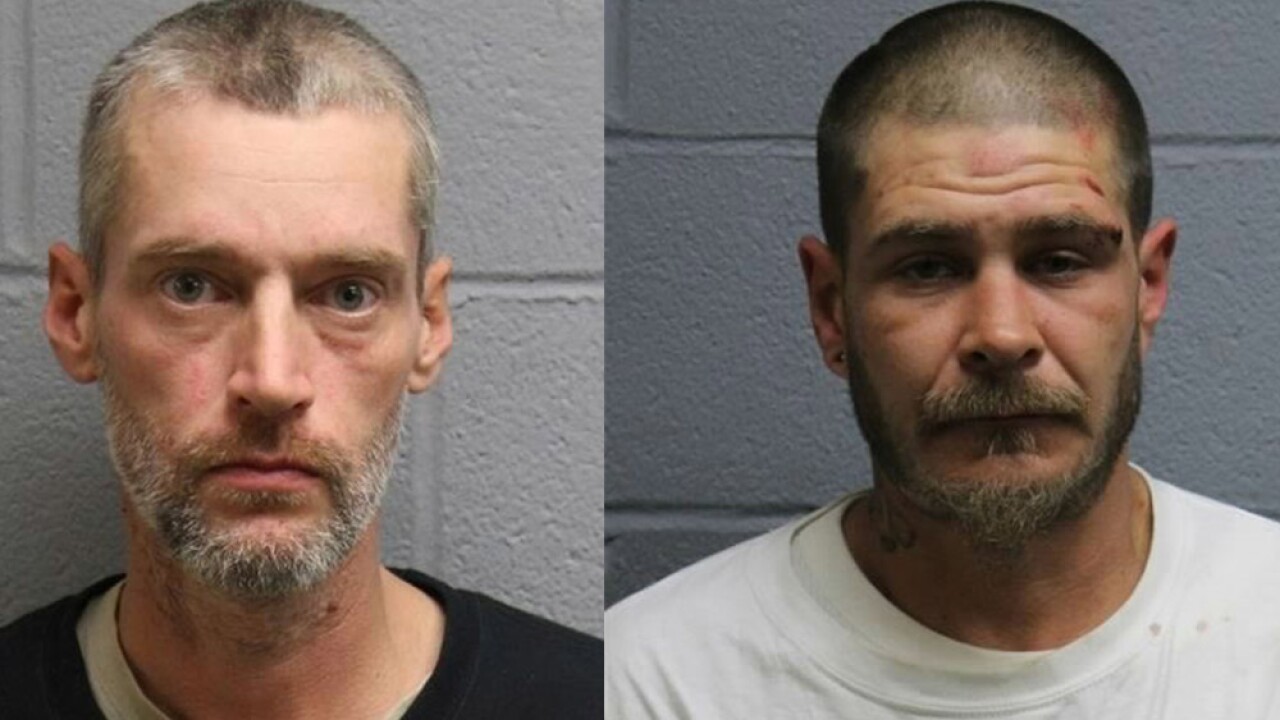 HAMPSTEAD, Md. (WMAR) — Two men are in custody after breaking into an elderly man's home, bounding him, and stealing from him.

Michael Paul Crosby, 46, of Westminster, and Eric Michael Wright, 36, of Pittsburgh, Pennsylvania are each facing a dozen charges including home invasion, burglary, assault, and a host of gun crimes.

On Saturday evening, the two broke into a 73-year-old man's home in the 1800 block of Fairmount Road in Hampstead.

According to the Carroll County Sheriff's Office, the victim heard his door being opened and saw a masked man wearing dark clothing enter.

The suspect was armed with a mallet and threatened to hit the victim if he moved.

Seconds later, another suspect came in and the two demanded the victim's cash, guns, and truck.

After getting what they wanted, the suspects allegedly bound the victim and took off in his truck with a small amount of stolen change and several shotguns and rifles.

Police in Baltimore County later spotted the vehicle and tried pulling it over, but the suspects fled.

Officers from the Woodlawn Precinct eventually found the truck again, took both men into custody, and recovered the victim's stolen guns.

Detectives later found out that Crosby was related to the victim and had allegedly targeted him.

Both men are being held without bond at the Carroll County Detention Center and are also expected to be charged in Baltimore County.