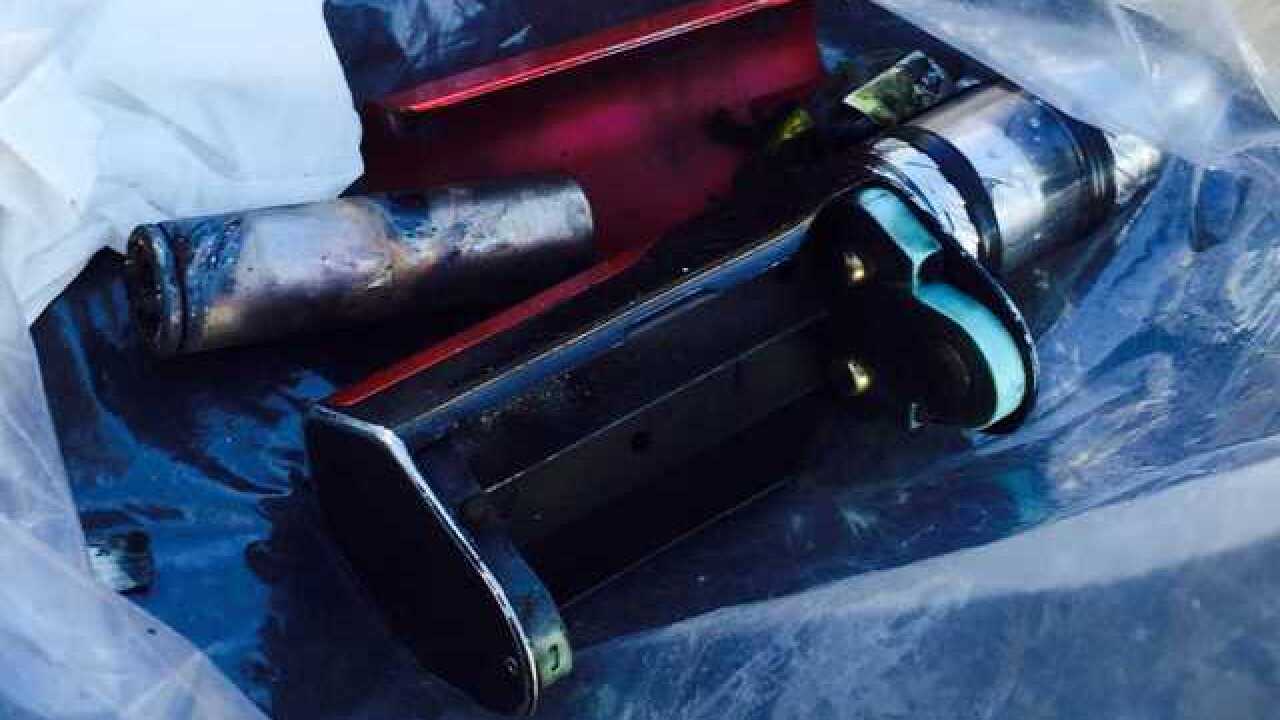 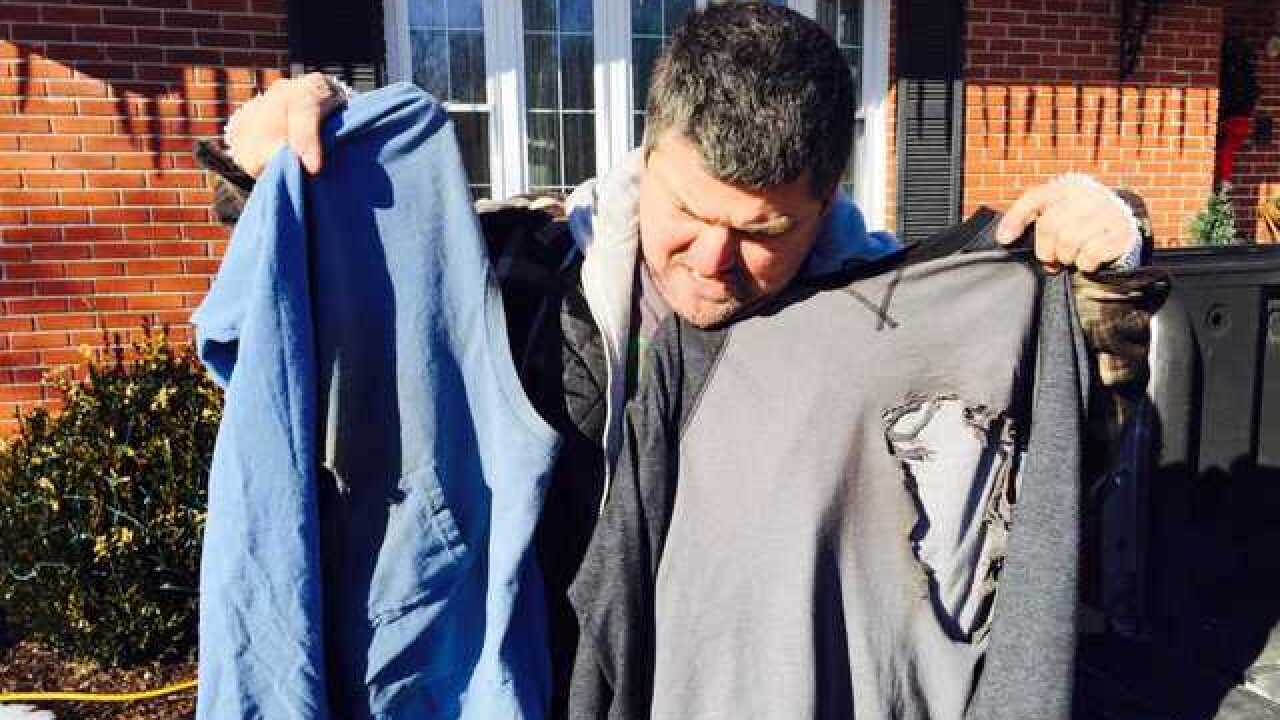 He spent months trying to wean himself off cigarettes, and Michael Henry had become quite adept at changing out the batteries on his e-cigarette, but when he attempted to do so on Sunday evening, something went terribly wrong.

"Just a flash,” recalled Henry, “Like I do any other time.  I come in.  I clip the battery in, put the back on and use it, and when I clipped it in, it was just 'Whoof!'"

Henry would soon learn it was the sound of a lithium ion battery exploding.

"As I was running away, it clicked in my head it exploded," said Henry.
"Were you on fire?"
"Yes.  That's my shirt that was on fire."

Standing outside his Sykesville home, Henry shows us the large hole the flames left in his shirt, in addition to the second and third degree burns to his chest, arms and face, singing off the bulk of his beard in the process.

"His face was black.  His arms were black," said Henry’s daughter, Samantha, "It looked like a big firework that was in the air.  It just went everywhere... sparks, and his shirt went up in flames and it was crazy."

Now, as investigators try to piece together what happened...

"I guess they are Chinese,” said Henry as he inspected the charred battery, “They say, 'Made in China'."

The focus turns to their cheap design.

"Ninety percent of these devices actually come from China where there is no regulation of these devices, so we always suggest to purchase the devices from a U.S. manufacturer," said Senior Deputy State Fire Marshal Oliver Alkire.

It is a painful lesson for Henry who turned to e-cigarettes as a healthy alternative to the real thing only to have it literally blow up in his face.

"I didn't touch a cigarette for about six or eight months, and then I'm going back to smoking,” said Henry, “Cigarettes never blew up on me.  They're a lot safer."

Henry suffered burns to 18-percent of his body, yet he counts himself lucky.

He had been holding his 16-month-old grandson in his arms moments before the explosion, but put him down as he prepared to change the batteries in his e-cigarette device.