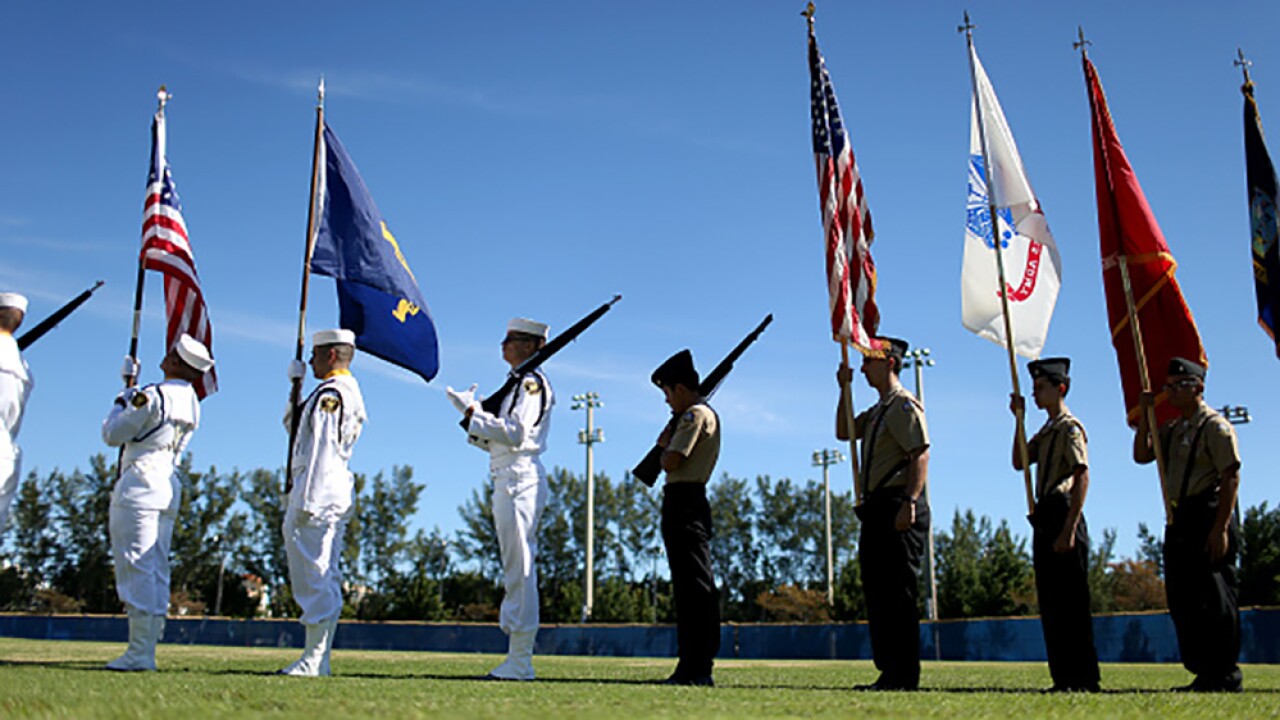 Joe Raedle/Getty Images
MIAMI BEACH, FL - NOVEMBER 11: A Joint JROTC Honor Guard prepares to post the colors during the Miami Beach Veterans Day Ceremony on November 11, 2014 in Miami Beach, Florida. Originally established as Armistice Day in 1919, the holiday was renamed Veterans Day in 1954 by President Dwight Eisenhower, and honors those who have served in the U.S. military. (Photo by Joe Raedle/Getty Images)

A group of Carroll County high schoolers are heading to Washington D.C. to compete in military-sponsored academic bowl championship at the end of June, the Carroll County Public Schools announced Tuesday.

The Century High School team earned top scores when competing against 1,411 other Army JROTC teams from around the world, the school district’s statement said. They will be among 32 teams heading to the finalsx, receiving an all-expense paid trip to D.C. for the championships.

In previous rounds, students were tested in subjects like English, math, science, and the Junior Reserve Officer Training Corps (JROTC) curriculum. The competition is designed to prepare students for state-level graduation exams and college placement exams like the SAT and ACT.

The contests are designed to cultivate leadership and academic excellence among participating students. Winners of the competition will go on to face the winners of the U.S. Air Force, Marine Corps, and Navy JROTC Academic Bowls at the JROTC Joint Service Academic Bowl Championships.