Neighbors say they could hear him calling for help

A man was killed after a fire broke out in the basement apartment of his Finksburg home early Tuesday morning.

Shortly after midnight, the Gamber and Community Fire Department was called to a house in the 3100 block of Slasman Road after a resident said it was on fire.

The house is broken into three apartments, and the residents of Apt A said they could hear their neighbor in Apt B trapped in the basement. They told WMAR-2 News he was pounding on the ceiling trying to call for help.

The Gamber and Community Fire Department says the husband living in Apt A tried to rescue the trapped man, but the heat and heavy smoke was too much.

It took 50 firefighters around 30 minutes to control the fire, but by that time over $200,000 worth of damage was done to the house and the contents inside, and the man inside had died. 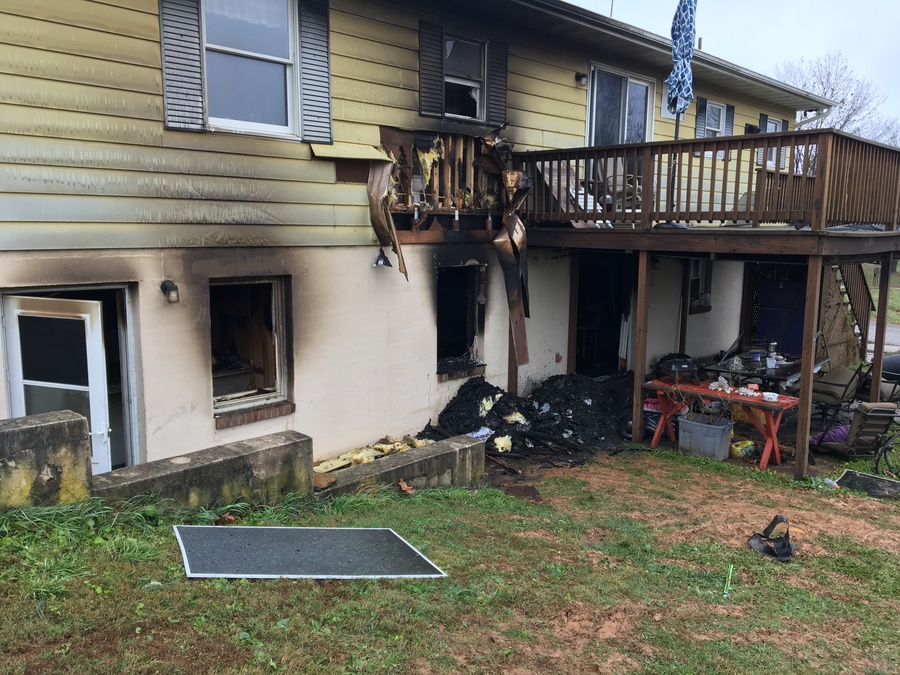 The man was taken to the Office of the Chief Medical Examiner for an autopsy to find an exact cause of death. His name will not be released until his family is notified.

Officials say the residents inside Apt A were not injured and there was nobody inside of the third apartment.

The spokesman for the Gamber and Community Fire Company, Bruce Bouch, says the property owner, Kevin Lentzer, is a member of the fire department and the property was being rented out. Lentzer told WMAR-2 News he knew the victim well and had nothing else to say. Bouch says the smoke alarms were operating at the time of the fire and the home was constructed before the requirement of residential fire sprinklers.

Neighbors think the victim was in his mid-50's and said he was nice but usually stayed inside because he had a lot of health issues. They say he has lived there for at least a few years.

The cause of the fire is still under investigation and the Red Cross is helping the two other people who lived in Apt A.