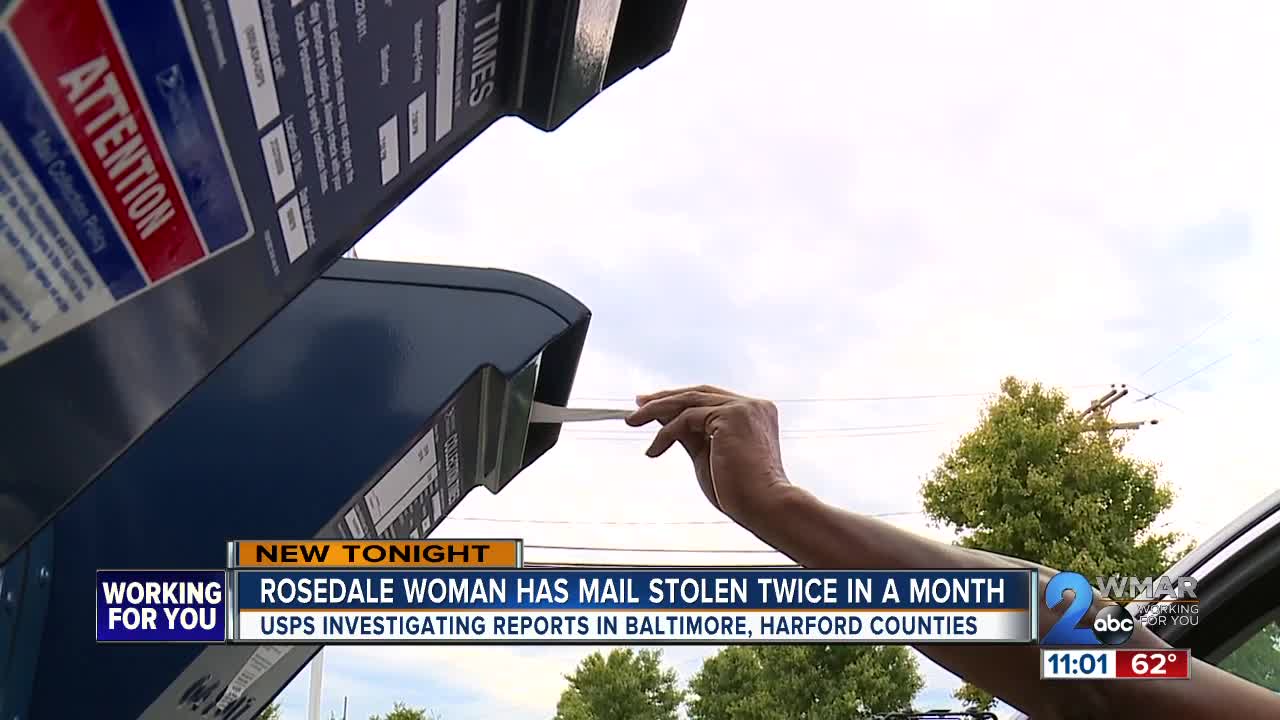 USPS is investigating reports of stolen mail from the Rosedale and Forest Hill Post Offices after victims said they put their mail in the outdoor blue drop off box but it never made it to its final destination. 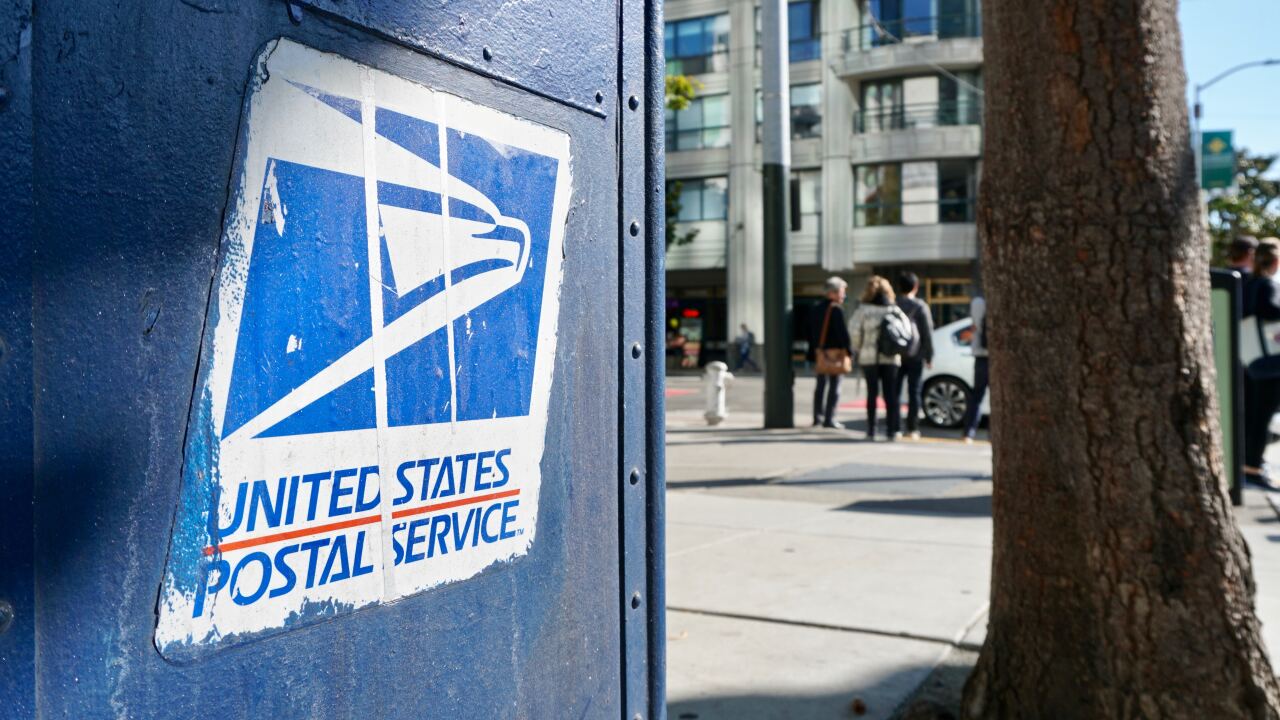 BALTIMORE — "I couldn't have won the lottery twice? You know, got my mail stolen twice instead."

Irene Glorioso laughs it off, but it's not a joke. Twice in one month, she believes her mail was stolen because checks she dropped off at the post office never made it to their final destinations.

"Some of those things were my husband's business tax returns so there's a lot of information," said Glorioso.

It started on September 1. Before her knee surgery, she wrote a bunch of checks to send off and get ahead of bills.

"Thinking it would be safer, I drove to the Rosedale Post Office on Golden Ring and dropped them in the mail box outside the post office," recalled Glorioso.

But three weeks later, after her surgery, she found out the hard way what happened.

"My husband got the mail and brought in a notice that said out insurance was going to be canceled for non-payment," said Glorioso.

She checked her bank account and sure enough, none of the checks she wrote were cashed. She called the post office to report it, and re-wrote them. Because she can't drive after her surgery, she had a friend bring them to the post office for her. Glorioso said she warned about the outside boxes, but her friend said the Forest Hill Post Office has a more secure box, so she said it was safe to drop them in. That was September 20. 18 days later and those checks haven't cleared either.

"I'm mostly thinking someone, an individual stole it out of the box. I'm just a little nervous with my information out there," said Glorioso.

United States Postal Inspector Michael Martel couldn't provide details on the amount or exact locations of all the complaints, but did say USPS is actively investigating and that recently, they have replaced many postal blue boxes in the Baltimore area with more secure boxes to prevent theft moving forward.

"We also are the security arm of the postal service and part of that is we continually assist in ensuring your mail is safe from point A to point B. The Postal Service is still one of the most secure ways of communicating in our country. The Postal Service successfully delivers 150 billion pieces of mail a year to over 155 million customers a day," said Martel.

Martel also offered some other tips on how to keep your mail as safe as possible. He said do not send cash or coins, only checks or money orders. He also recommends dropping mail off in the blue boxes close to the collection time, which is posted on the front and back of the boxes.

"If you have a check or money order that you've mailed out that didn't make it to its destination, with a check, contact your bank and place a stop payment on the check and contact police and postal inspectors," said Martel.

But that didn't work for Glorioso. She said her bank would charge her $38 per check to stop payment. With 25 checks missing, that's $950 and not something she can afford so she just hopes they never get cashed.

"I'm checking the bank every day to see if any of these checks are getting cleared or if someone has stolen them and tried to cash them," said Glorioso.

In the meantime, she wants to make sure this doesn't happen to anyone else.

"I think people need to know so that they don't take their mail and feel very confident that their mail is going to get to where it's going. I would strongly advise them to walk it inside the post office and not drop it at a box," said Glorioso.

USPS encourages anyone who believes they are a victim of mail theft to report to the United States Postal Inspection Service at USPIS.gov or call 877-876-2455.