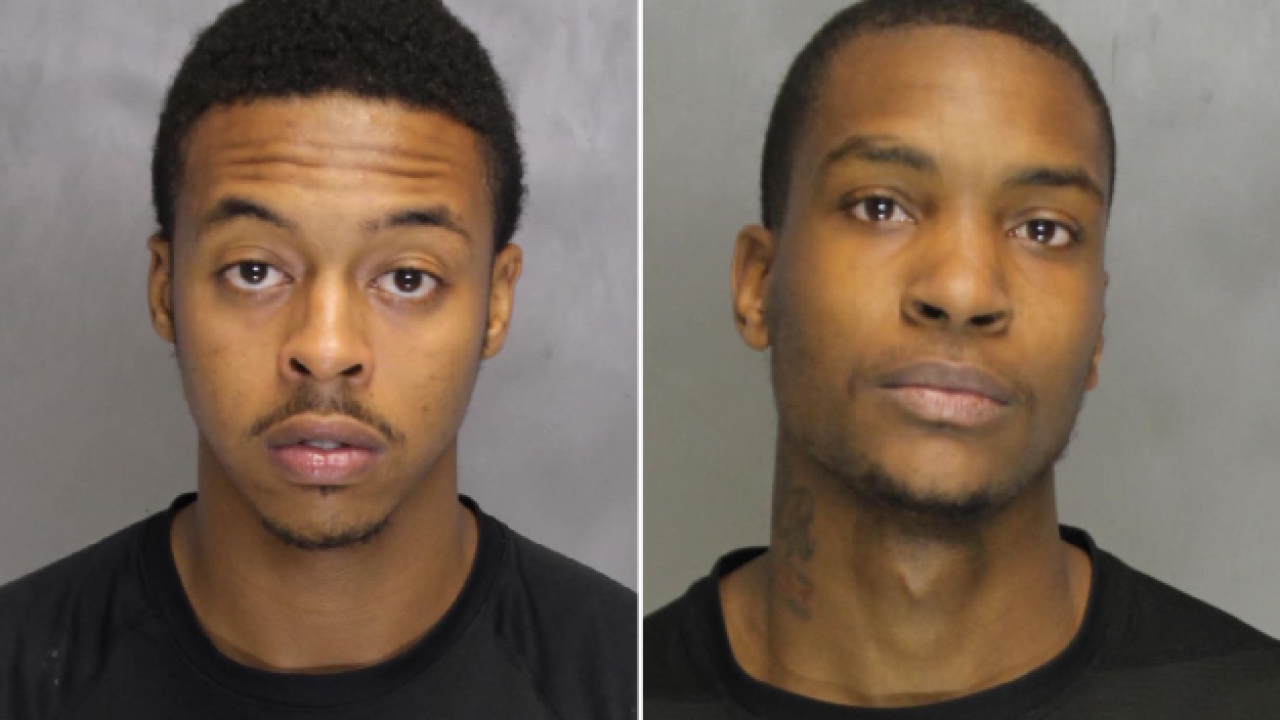 The department said two cousins, 23-year-old Brandon Leon Nyle Jackson and 23-year-old Phillip Lermell Jackson followed a man to Melissa Court on September 30. That's when Brandon pointed a gun at the victim and hit him with it. He fired a shot that caused non-life threatening injuries and the victim's cash and cell phone.

According to police, Brandon stole a woman's car and cell phone when she left her house, after hearing a gunshot. The two left the scene in a vehicle driven by Phillip Jackson.

They are charged with attempted first degree murder, first degree assault, armed robbery, firearms and are on no bail status at the Baltimore County Detention Center following bail review hearings.