We've been talking about the Towson Row Project for almost five years and on Thursday construction is finally expected to begin.

The site is right near the traffic circle that Allegany Avenue, York, Dulaney Valley and Joppa Roads feed into. Towson Row will be built on five acres nestled among York Road, Towsontown Boulevard, Washington Avenue and Chesapeake Avenue. 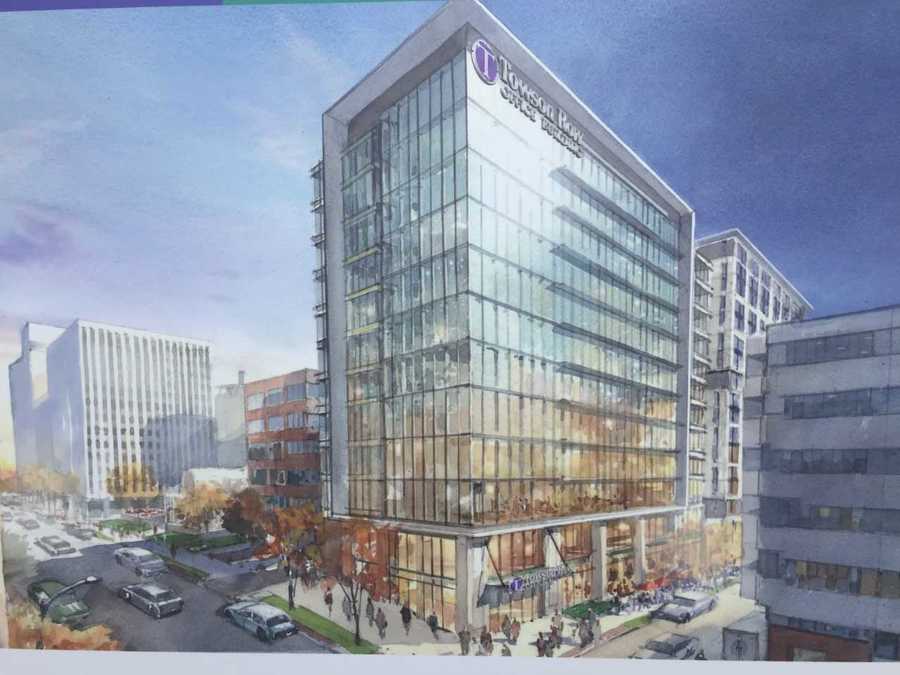 It will be 1.2 million square feet with more than 100,000 square feet of retail and restaurant space. There will also be office space, residential units, student housing, a hotel, and a Whole Foods.

RELATED: The New Towson: A mini-city in the making

We were first told about this project back in 2013 and demolition started in 2015, but then progress stalled for two years. Last December, the Baltimore County Council approved $43 million in grants and up-front funding to the two developers.

That move did receive a bit of backlash because some thought it was a risky move to use taxpayer dollars to help fund a project that the developers were unable to fully finance without the county's support.