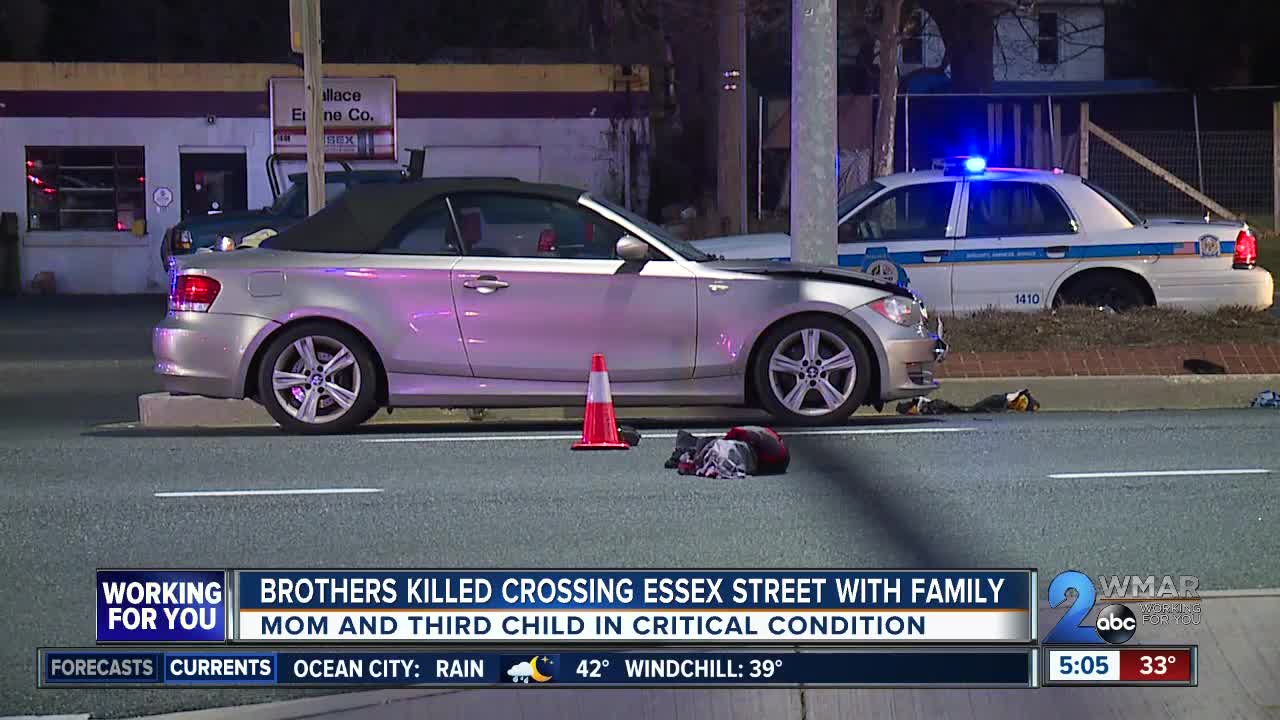 ar struck a mother and her three children, killing two of them Monday afternoon in Essex 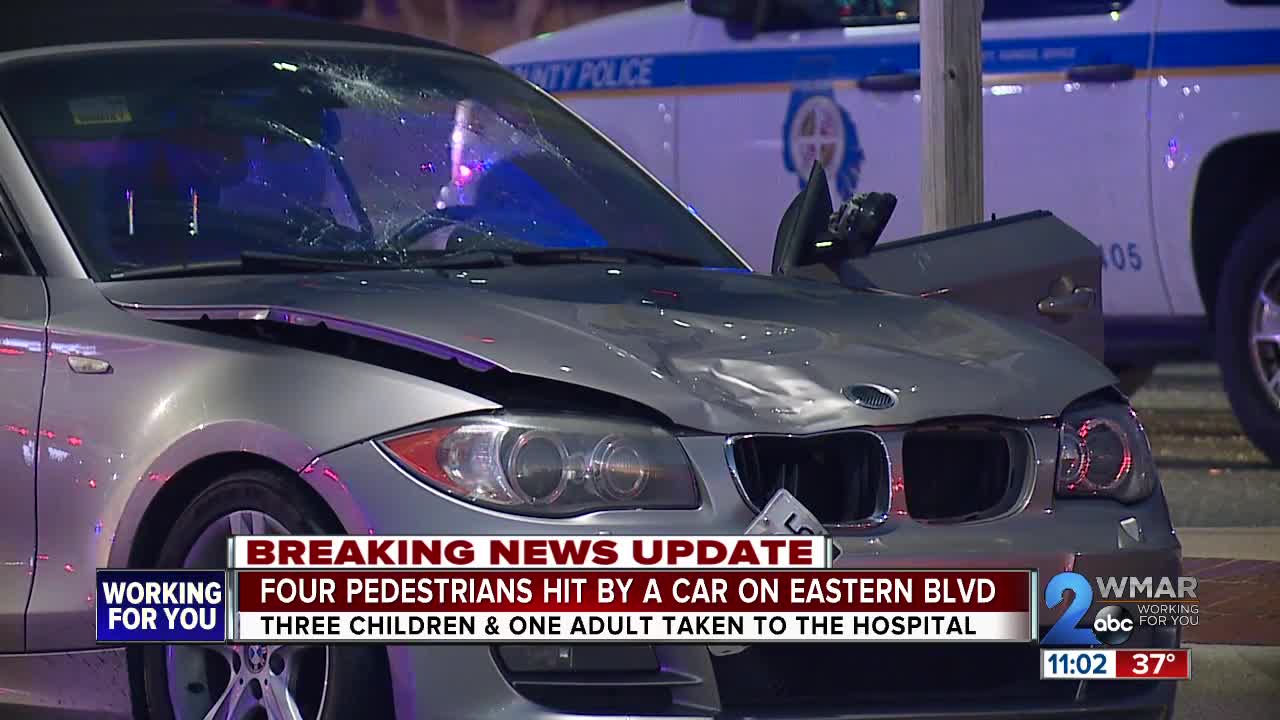 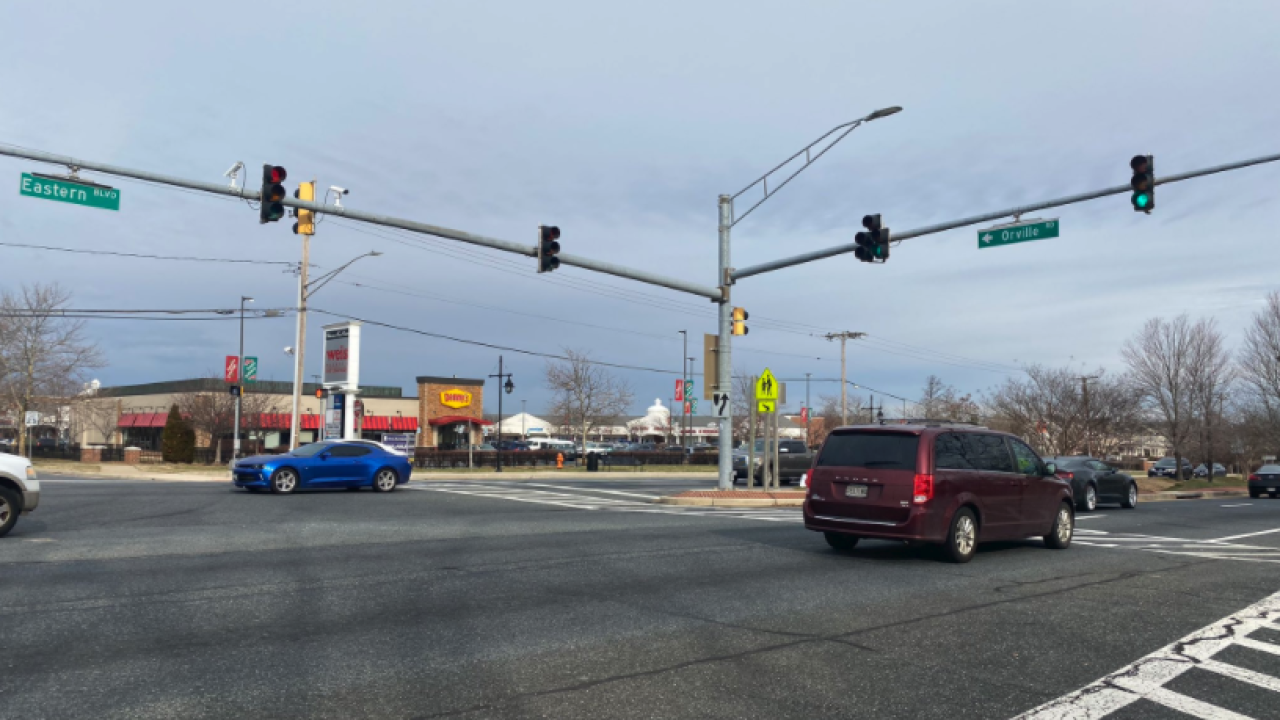 Baltimore County Police say the four were hit by a BMW while crossing at the intersection of Eastern Boulevard and Orville Road around 4 p.m.

Two of the children, 5-year-old Jhalil Norris and 6-year-old Jovanni Norris, died at the hospital. The boys were kindergarten and first grade students at Mars Estates Elementary, according to a Baltimore County Public Schools official.

The mother and her other 9-year-old child remain hospitalized fighting for their lives.

According to police, the driver remained on scene. The intersection is heavily trafficked, and has a crosswalk and pedestrian light with two schools nearby.

"What we know at this point is that it was a BMW that was traveling westbound on Eastern Boulevard when it struck four individuals. We haven't confirmed any information about the crosswalk or was there any signs of impairment with the driver. These are all things we're going to continue to look into," said Baltimore County Police Corporal Shawn Vinson.

Detectives are still working to determine the cause of the crash and who was at fault.

Baltimore County Public Schools said a Traumatic Loss team was at the school Tuesday for students.