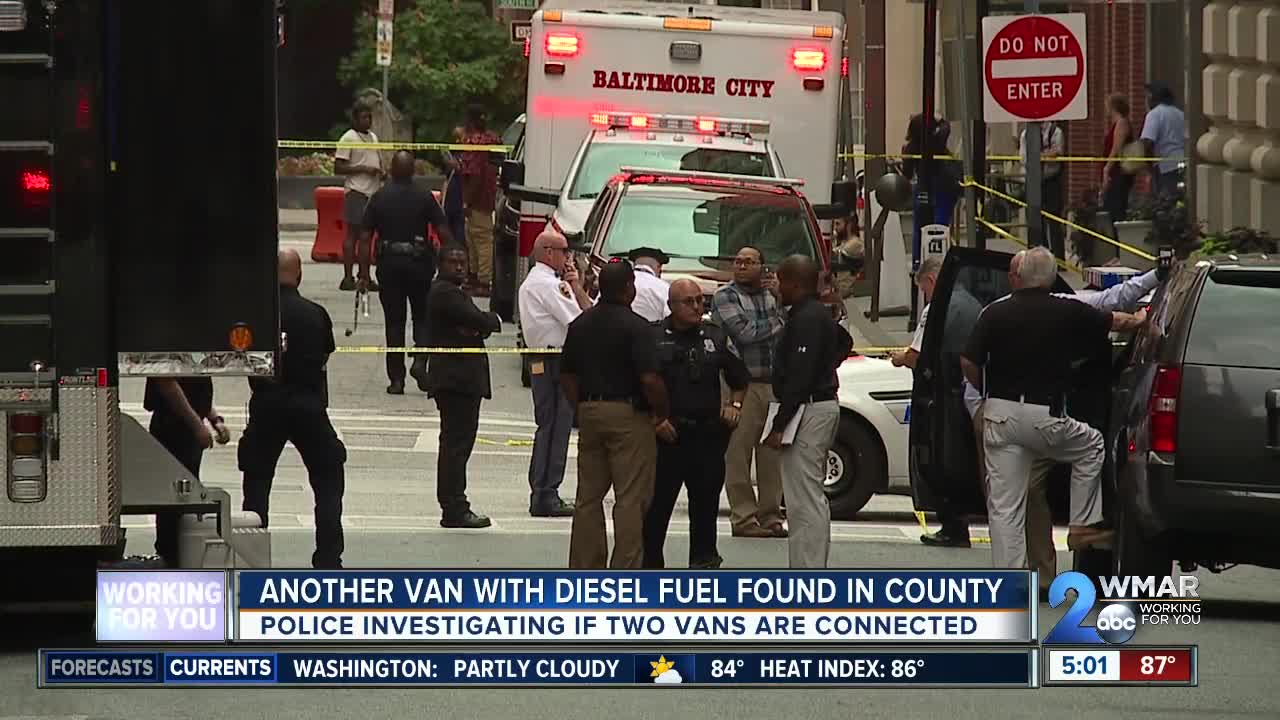 On both occasions, hazmat teams responded after suspicious vehicles were spotted, with what were feared to be explosives attached.

On both occasions, hazmat teams responded after suspicious vehicles were spotted, with what were feared to be explosives attached.

The latest incident happened just after 3:30 p.m. in White Marsh.

Baltimore County Police and Fire crews were called to a Royal Farms gas station near Ebenezer Road and Pulaski Highway for a suspicious van stealing gas at the location.

As officers arrived, they saw the van trying to leave the parking lot, and pulled it over.

It turned out the van was carrying two containers with around 660 gallons of suspected stolen fuel.

Inside the van, police also found several questionable gift cards that are believed to have been used to take the gas.

One suspect was taken into custody and charged, but has not been identified.

RELATED: No bomb detected in suspicious vehicle that shut down Harbor for hours

Earlier in the day around 10:40 a.m. Baltimore City police and fire officials responded to a similar incident on the second floor of an E. Pratt Street parking garage Downtown.

Arriving units found a large van much like the first incident, with two bins in the backseat and wires attached. This prompted road closures and the evacuation of the Inner Harbor.

Following hours of sweeps and investigation, it was determined the bins also contained hundreds of gallons of stolen diesel fuel and the wires attached were actually pumps to transfer gas into the bins.

Police made contact with the owner of the car but didn't release their identity or say if charges would be filed.

Baltimore County Police say they're investigating a possible connection between the two incidents.