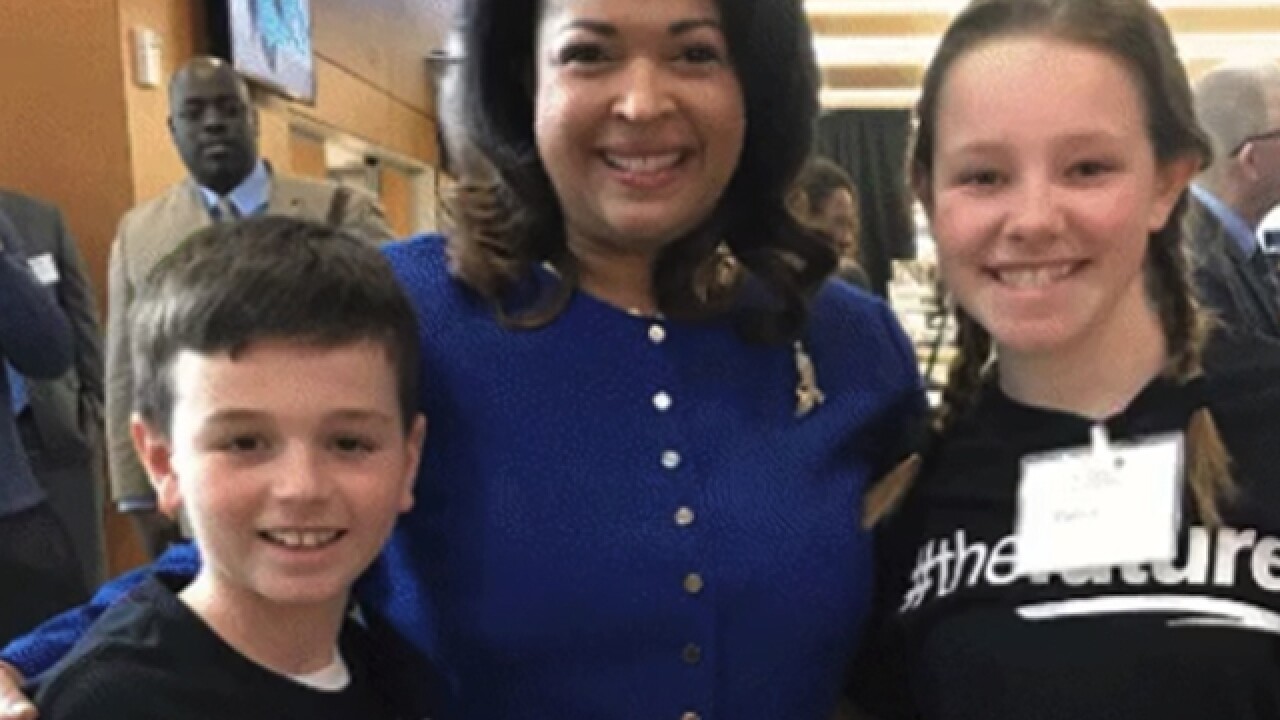 Copyright 2018 Scripps Media, Inc. All rights reserved. This material may not be published, broadcast, rewritten, or redistributed.
<p>Photo by Baltimore County Public Schools</p> 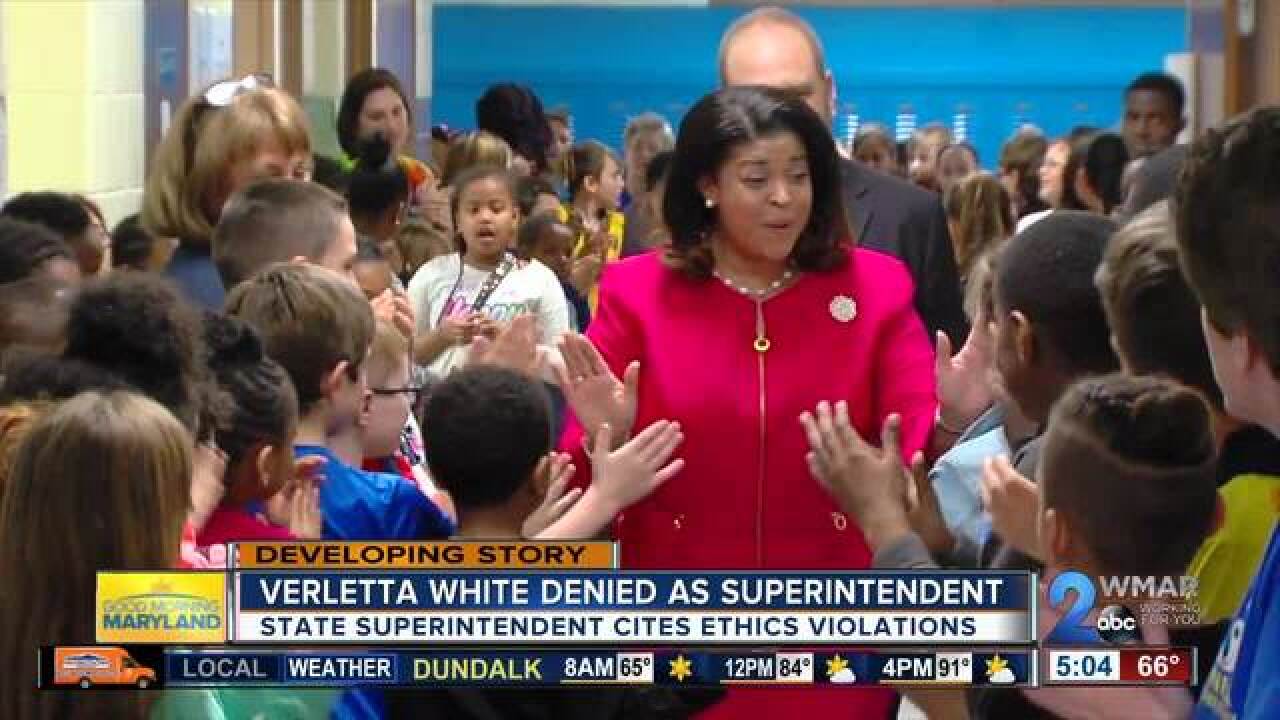 After being declined by the State Superintendent, Verletta White will no longer be Baltimore County Public School's permanent Superintendent.

The announcement came out Wednesday afternoon as letters from both Dr. Verletta White and State Superintendent, Dr. Karen Salmon, were released on Twitter.

Dr. Salmon expressed she was concerned about the ethics review panel's findings on Dr. White. The panel found she had failed to disclose outside income she earned from consulting work, and she used the prestige of her office in ways that violated ethics law.

Dr. Salmon continued to say that an ethics violation is a serious breach of trust with the public and it caused her to pause when it came to approving Dr. White's appointment. She did say she would approve the second appointment of Dr. White as an interim superintendent while results of an audit come in.

Dr. White has been the interim superintendent for BCPS since July of 2016, and on April 17, 2018, the Board of Education made her position permanent.

In her letter, Dr. White expressed her disappointment in the decision but says her desire to be the permanent superintendent has not changed. She says she wants to remain superintendent to provide stability and continuity and she will continue to stay focused on BCPS students.

And Dr. White is not the only one disappointed with this decision. Kevin Kamenetz, the Baltimore County Executive, released the following statement:

"Larry Hogan has a troubling pattern of playing politics at the expense of children's education. He's created turmoil over the school calendar and the school construction process. Now he directs his schools chief to take the unprecedented step to overturn the judgment of the local school board who knows Superintendent White best. He's shameless!"

Governor Larry Hogan shared his thoughts on the decline saying he believes is seems like a good decision.

"We've been pushing for more accountability in our school systems. I think its something that almost everybody in Maryland is concerned about. We've had problems across the state," said Hogan. "..we're just trying to make sure that we hold people accountable and that the taxpayer's money is being spent properly."

To read Dr. Salmon's and Dr. White's statements in full and to read the ethics review panel report click here.