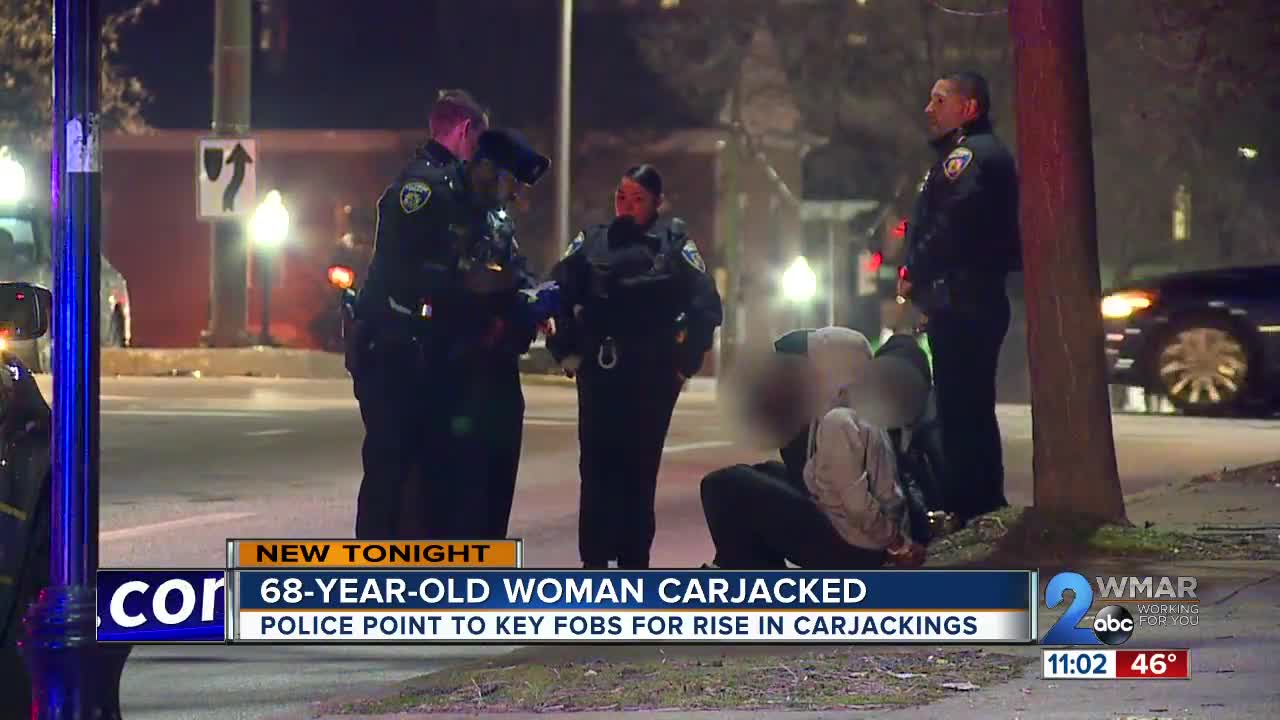 A 68-year old woman is dealing with physical and emotional wounds after being thrown from her car during a carjacking.

TIMONIUM, Md. — A 68-year old woman is dealing with physical and emotional wounds after being thrown from her car during a carjacking.

It happened Monday night just before 9 pm-- police say three teenage suspects attacked the woman and took off in her car.

“It is unnerving when it’s someplace you come to just to run in and out and run errands and you have your kids, it’s uncomfortable,” said Lisa Reiner.

Reiner was thinking about the attack as she got out of her car at the Walgreens on York Rd. where it happened.

This is the third time a carjacking has happened in the area in two weeks.

Police made arrests in the other cases, including four young boys who were caught in one of the stolen cars in Baltimore city.

In this case police are looking for three young people--but don't suspect they are the same ones that were arrested for the earlier attacks.

Baltimore County Police Cpl. Shawn Vinson said technology has made it more difficult for crooks to steal a car without the keys-- and that's leading to more car jackings.

“They (used to) break into the car break the steering wheel column open and hotwire the car,” Vinson said. “They can’t do that anymore. With today’s modern technology they need a key fob, they need a key with the computer chip in it to have the car run. They are forced to do these carjackings at this point.”

The 68-year-old victim is recovering from what Vinson said are minor injuries.

Police said the suspects didn’t show any weapons, and they aren’t sharing a vehicle description at this time.