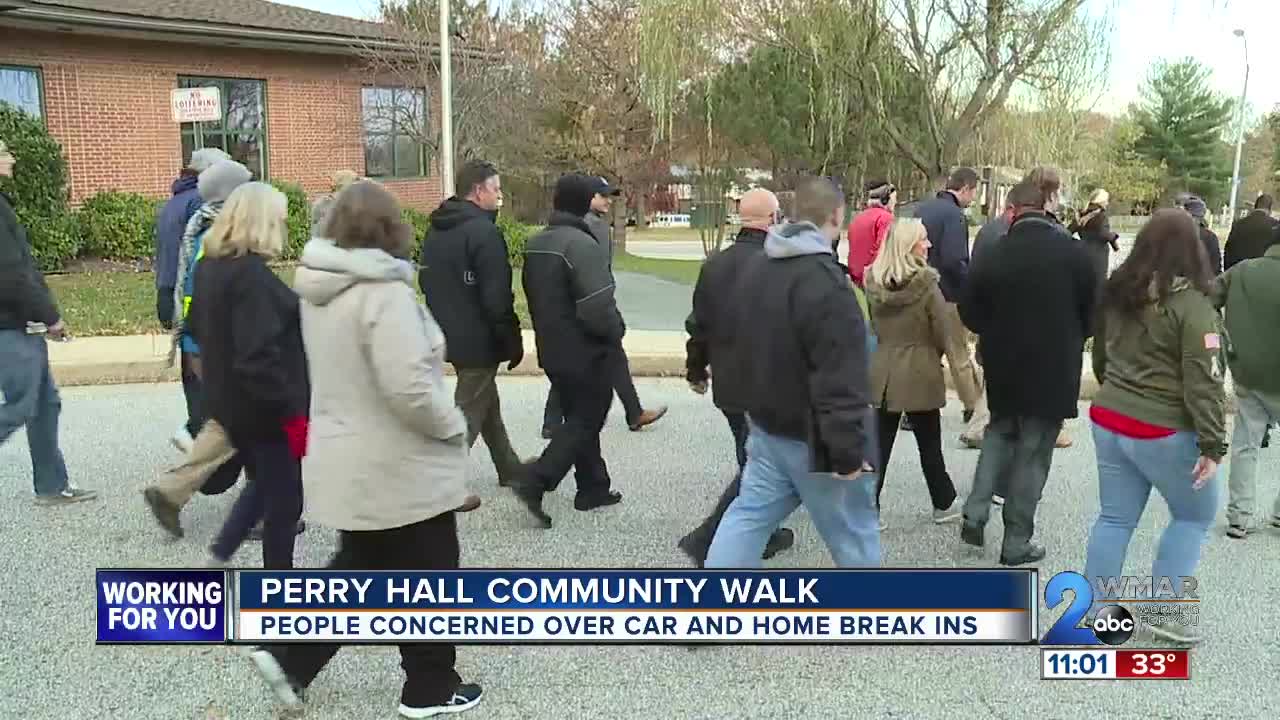 Crime is driving down the quality of life and the sense of security for many people living in Perry Hall.

PERRY HALL, Md. — Crime is driving down the quality of life and the sense of security for many people living in Perry Hall.

On Thursday night the people who live in the Seven Courts community got to share their concerns with the people elected to fix problems.

“The houses are being broken into during the day when people aren’t at home, that’s all up and down Seven Courts,” Cindy Hill said.

Hill is the Vice President of the Seven Courts Association where the community went through.

They wanted to hear ideas and concerns while promising solutions.

Just this week there were complaints about crime in Perry Hall on social media.

The spike in crime lead the community to put together a citizen patrol to help police.

“Really in terms of our relationship building between County Government the police department the communities,” Chief Hyatt said. “The fact that this community has taken it upon themselves to put that together is really very meaningful.”

The county leaders assured the residents that they are hiring more officers and that they can expect to see them more often.

In addition to the crime, another big complaint from people was seeing trash left out in the neighborhoods.

Members of the department of public works came out to clean up and take notes.

This community walk was planned months in advance-- it was the 5th event of its kind in Johnny O's tenure.